Yves here. This is so sad and appears to have gone under the radar due to the impeachment hearings and Democratic party dominating the news yesterday. So many newspapers disappearing or becoming pale shadows of their former selves. 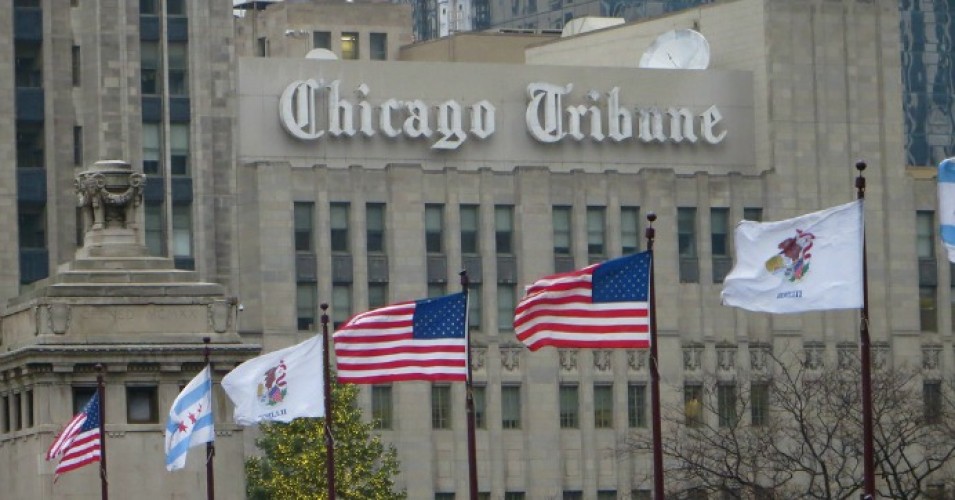 Journalists sounded the alarm Wednesday after Tribune Publishing’s largest shareholder sold his stake in the company to a hedge fund that’s been described as “a destroyer of newspapers.”

In a joint statement, the newspaper unions of Tribune Publishing—representing workers at papers including the Chicago Tribune and Baltimore Sun—said that the news of Alden Global Capital purchasing Michael Ferro’s 25.2% stake in the company should not be seen as “simply another change in stock ownership” because “Alden is not a company that invests in newspapers so they succeed.”

“They buy into newspaper businesses with the express purpose of harvesting out huge profits—well above industry standards—and slashing staff and burning resources,” the statement read.

“We know we are faced with the very real threat that Alden is looking to bleed its next chain of newspapers dry,” it continued.

In a 2018 column, Bloomberg‘s Joe Nocera wrote that Alden was a “notorious as a destroyer of newspapers,” and that, under the direction of President Heath Freeman, the company carries out “layoffs [that] aren’t just painful. They are savage.”

Chicago Tribune Guild member Gregory Pratt commented on Alden’s history of slashing newsrooms, writing in a tweet that “Even in an industry flooded with bad owners, this is awful news. Alden gutted the Denver Post, among many other papers.”

Former Tribune reporter Mark Caro wrote in a tweet that “The Tribune parent company keeps going from one piece-of-garbage owner to another.”

To his would-be peers in the industry, frequent targets of his disdain, he’s departing appropriately enough, with a signature fuck-you. Who better to sell his Tribune stake—the one his group of Chicago investors had bought at bargain-basement prices, and which, ridiculously, gave him effective control of Tribune—to than the only man in the industry more reviled: Freeman, whose Alden has become the face of bloodless strip-mining of American newspapers and their communities.”

“If you subscribe to Capital Gazette or any of the other Tribune papers, let me introduce you to the vultures your money will now benefit,” tweeted reporter Danielle Ohl, who shared a link to a 2018 NiemanLab article  in which Doctor mused that “Alden Global Capital is making so much money wrecking local journalism it might not want to stop anytime soon.”

If you subscribe to @capgaznews or any of the other Tribune papers, let me introduce you to the vultures your money will now benefit. https://t.co/i5k5m4LDeD

The fact that the purchase occurred the same day as Gatehouse completed its takeover of publisher Gannett to become the country’s largest newspaper company added to the chorus of concern.

In August, Gannett, the parent company of USA Today and more than 100 other dailies, and New Media Investment Group, the owner of the newspaper chain GateHouse Media, announced their intention to join forces. Over the next two months, the plan breezed through the regulatory process, winning approvals from the Justice Department and the European Union. Last week, shareholders at the two companies voted yea. And now one in five daily papers in the United States has the same owner, under the Gannett name, according to figures provided by researchers at the University of North Carolina.

The combined company will have its headquarters in Gannett’s home base, McLean, Va., and will be led by Michael E. Reed, the New Media chief executive since 2006. The job puts him in charge of more than 260 dailies—from small papers like The Tuscaloosa News in Alabama to big ones like The Detroit Free Press.