Harry and Meghan’s attempt to trademark Sussex Royal brand is blocked Daily Mail (Li). I am told that this is not likely to be someone saying they have an existing mark but rather someone opposing the grant of a patent during the application period, which apparently anyone has standing to do.

Why Tourism Should Die—and Why It Won’t New Republic

Drugs May Be Killing Twice as Many Americans Than Previously Thought Healthline. Quelle surprise! Just listen to the long list of possible side effects on the next health ad you hear.

HOLY MOTHER OF GOD – the new coronavirus is a 3.8!!! How bad is that reproductive R0 value? It is thermonuclear pandemic level bad – never seen an actual virality coefficient outside of Twitter in my entire career. I’m not exaggerating… #WuhanCoronovirus #CoronavirusOutbreak pic.twitter.com/6mmxIHL9Ue

Note some of this may be due to Brexit, not just austerity: 10% of NHS nurses were EU migrants and some started leaving due to Brexit uncertainty + overt hostility to foreigners:

had to close the doors on AMU last night,13 patients of my own, in charge also. 2 nurses down. Management asked me to take on another 7 but wouldn’t be staffing it, obvs I couldn’t staff it & have 20 pts to myself. The response I got was if u don’t you’ll be reported to the CEO.

How a Democratic Counteroffensive Can Win George Soros, Project Syndicate (David L). From Davos. As if his Open Society didn’t wind up funding neo-Nazis. I saw Soros say with great pride that everyone in the post-coup Ukraine government had gotten a grant from Open Society, either personally or an immediate family member, like a spouse. This was when the Ukraine government had ~15% neo-Nazis in official positions, when their representation among voters was more like 1%.

It May Be the Biggest Tax Heist Ever. And Europe Wants Justice New York Times (John C)

Mikhail Khodorkovsky: the Man, the Myth, the Movie Nation

Chicago just shut down a “predictive” policing experiment that started in 2012. This report about has a bunch of alarming details about it, including info other cities have kept secret about their similar programs: https://t.co/PmXCcgbcbh

Feedback Driven Decisions and the Evolution of Intelligence Analysis in the United States RealClearDefense. UserFriendly: “Cringe so hard at the PR speak here but the description of useless bloat is noteworthy.”

Americans Don’t Care Enough About Impeachment to Watch It New York Magazine. Resilc: “Too busy going between their part time jobs at Walmart and Dollar General.”

Democrats play video clip of McCain at Senate trial to show US support for Ukraine – CNN (Kevin W). Repeat after me: the President gets to set foreign policy.

Election Update: What Are The Chances Of A Brokered Convention? FiveThirtyEight (UserFriendly)

Interesting article inasmuch (with some other similar articles recently) as it seems to suggest that the Guardian is changing its mind somewhat on HRC – and that’s usually a good weathervane for ‘liberal’ and ‘feminist’ opinion.

Says @briebriejoy, as she compromises her values.

Would be so much more honest to say ‘we are willing to overlook stuff to get his support’, and skip the ‘values’ BS. https://t.co/bef4l8XOjL

I love how voters are reckless and insane for having purity tests, yet candidates are somehow supposed to have purity tests for their supporters.

It’s almost like the ruling class will cynically say or do anything to justify keeping their boot on our neck.

Curse of Boeing continues: Now a telly satellite it built may explode, will be pushed up to 500km from geo orbit The Register (Kevin W)

How Boeing’s Responsibility in a Deadly Crash ‘Got Buried’ New York Times (Mike C). Non-paywalled version of this story, which it appears didn’t get featured in Links previously.

Does Microsoft Have a Boeing 737 Max Style Crash Every Week? Matt Stoller (JTM)

Skills as Collateral: Why Not Ask Employers to Co-Sign Educational Loans? RealClearEducation. UserFriendly: “Just what we need. Indentured servitude.” 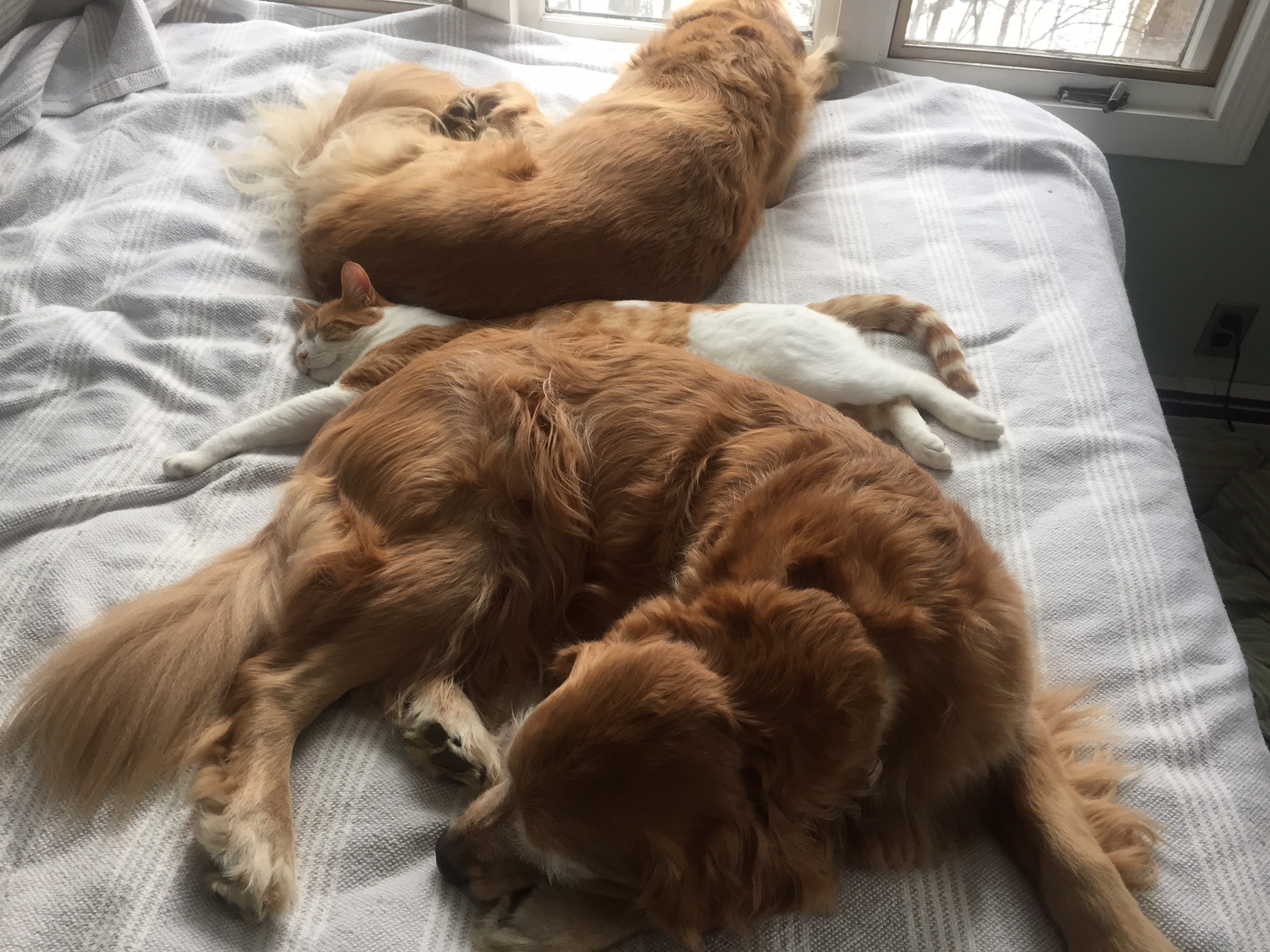 I have an antidote for your consideration – Max in the middle. I adopted Max from the humane society several months after my 17 year old cat died. He was a stray, living in a feral cat colony. This boy clearly had a home (and dogs) of his own before his circumstances took a turn. I joke that his problem is that he needs to relax more.

I happen to live near wild chickens… pic.twitter.com/pny3aMdRHu