Yves here. We are a little heavy on the “state of the DNC/Dems” posts today, but both pieces look at the escalating fight over who owns the party through a class warfare/income inequality perspective.

Openly buying a party is Third World behavior (and reader in better run emerging economies will no doubt say that that’s not a feature of their political landscape). But the US crossed that Rubicon with the intel-security state acting as if it has the authority to approve who sits in the White House. 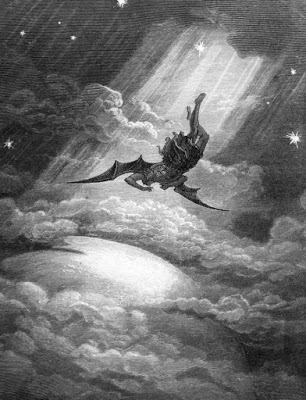 Paradise lost. One misstep is all it takes to take the proud down low.

Whom the gods would destroy, they first make proud.
—With apologies to Henry Wadsworth Longfellow

With that he hopes to limit and control what Sanders and his rebellion can do. It’s the ultimate billionaire counter-rebellion — own the Party machine that the president normally controls, then use it against him.

Our source for this thought is Glen Ford at Black Agenda Report. Ford is one of the more vitriolic defenders of radical change in America, but in this analysis I don’t think he’s wrong, at least in making the case that Bloomberg is giving himself that option. But do decide for yourself.

Bloomberg Wants to Swallow the Democrats and Spit Out the Sandernistas

If, somehow, Bernie Sanders is allowed to win the nomination, Michael Bloomberg and other plutocrats will have created a Democratic Party machinery purpose-built to defy Sanders — as nominee, and even as president.

The details of his argument are here (emphasis added):

Bloomberg has already laid the groundwork to directly seize the party machinery, the old fashioned way: by buying it and stacking it with his own, paid operatives, with a war-against-the-left budget far bigger than the existing Democratic operation. Bloomberg’s participation in Wednesday’s debate, against all the rules, is proof-of-purchase.

In addition to the nearly million dollar down payment to the party in November that sealed the deal for the debate rules change, Bloomberg has already pledged to pay the full salaries of 500 political staffers for the Democratic National Committee all the way through the November election, no matter who wins the nomination. Essentially, Bloomberg will be running the election for the corporate wing of the party, even if Sanders is the nominee.

In an interview with PBS’s Christiane Amanpour on Tuesday night, senior Bloomberg advisor Timothy O’Brien made it clear that the DNC is in no condition to refuse being devoured by Bloomberg, even if they wanted to. O’brien predicted the Republicans will spend at least $900 million on the election, while the DNC has only about $8 million on hand. Even the oligarch’s underlings are telegraphing the takeover game plan.

Bloomberg is not so much running for president as making sure that the Democrats don’t go “rogue” anti-corporate to accommodate the Sandernistas. He is ensuring that the Democratic Party will be an even more hostile environment for anti-austerity politics than in the past – not in spite of the phenomenal success of the Sanders project, but because of it.

Ford has not much love for Bernie Sanders, as he finds Sanders (and his supporters) weak for sticking with the Democrats. Ford thinks Sanders should go “third party” in his opposition to the corrupt duopoly that owns our politics. That’s a point on which we can disagree without disagreeing that the duopoly is indeed corrupt, or that Bloomberg is setting himself up for post-electoral mischief.

Ford also thinks the Party will split in the face of this anti-Sanders resistance, especially if the counter-resistance continues after a President Sanders is inaugurated.

On the other hand, Sanders may gather to himself enough control of the DNC and other Party machinery that he does indeed transform it, and with it, slowly, the Party itself. That’s certainly been his game plan, and if he does indeed have a movement behind him — a really big one — I wouldn’t bet against him being right. I myself don’t see a way for a third party to succeed in the U.S. unless it’s a “virtual third party” — but more on that at another time.

So this is our smaller point, that Mike Bloomberg may be positioning himself to “own” the DNC, and with it enough of the Democratic Party, so that he can himself rein in a President Sanders. Is that his goal? It certainly seems possible. “Mini-Mike” is certainly Machiavellian.

Which leads to the larger point: How much rebellion, within the DNC and elsewhere, with or without Bloomberg’s interference, will someone like President Sanders encounter and how long will it last? If it lasts throughout his presidency, that’s a horse of a different color — a much darker one.

In fact, the dark horse of today’s American politics is the entrenched, corrupt (and frankly, pathological) über-rich and their death grip on all of our governing institutions, including the press. Will that death grip tighten as the Sanders movement grows? And will they continue to squeeze the throats of the working class, even as the victims find their own throats and tighten in response?

Would you bet, in other words, that the rich who rule us wouldn’t kill the country that feeds their wealth — wouldn’t spark such a confused and violent rebellion that even they would be forced at last to flee — won’t do all all this out of animus, pique and world-historical hubris?

That bet is even money all the way. They just might try it, just might be willing to strangle the body itself, the political body, just to see how far it they can get by doing it.

Whom the gods would destroy…