You Think We’re Self-Obsessed Now? The 19th Century Would Like A Word FiveThirtyEight

Day One at Yalta, the Conference That Shaped the World: ‘De Gaulle Thinks He’s Joan of Arc’ Literary Hub

No. 1 Sponsor of Terrorism? US Media Name Iran, but Overlook a Candidate Closer to Home FAIR

Barclays CEO Under Investigation Over Links to Jeffrey Epstein WSJ

Coronavirus and Concentration: Should the FDA Have Anti-Monopoly Authority? BIG Matt Stoller

PAID BY THE PIPELINE The Intercept OregonCharles

Tracking the future of US recycling policy in Congress Waste Dive

‘This is what panic looks like’: Sanders team hits back after Wall Street criticism Guardian. re/silC: “look out below wall street pete.”

Is THIS Why Most Coronavirus Deaths Have Been In Chinese Men? George Washington

A virus called Wuhan-400 makes people terribly ill … in a Dean Koontz thriller from 1981. How is it that some books appear to prophesy events? SCMP (re/silC)

US military prepping for coronavirus pandemic Military Times . re/silC: “our space force will shoot the droplets out of the air.”

Antidote du Jour (via) To celebrate day 1 of the Great Backyard Bird Count, I should have posted a picture from the backyard where I’m currently a houseguest. Thanks to reader Milton for cluing me in to the existence of this event.

Alas, no flybys today. Wish I’d managed to snap the greater coucal that flew by the other day. But the bird was long gone before I grabbed my camera. I’ve posted this antidote because it’s in the spirit of a backyard bird: 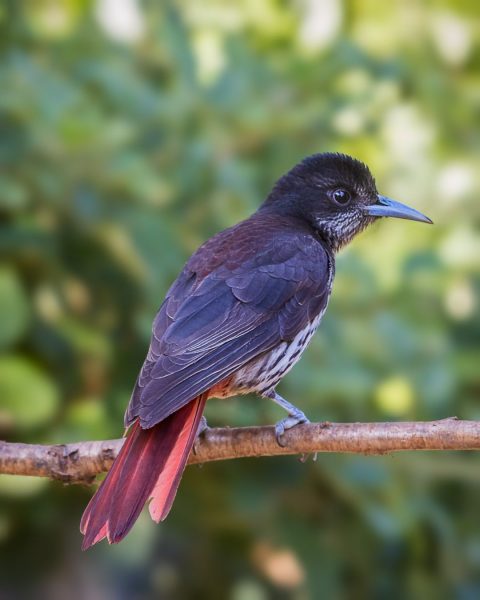