The only way to hit net zero by 2050 is to stop flying FT. One more reason to end mass tourism.

U.S., allies should consider Nokia, Ericsson investments to counter Huawei: Barr Reuters. Financially, this is possible. However, though Nokia and Ericsson are not Chinese company, they rely at least in part on China for, er, the means of production.

Video shows interior of new Wuhan ‘hospital’ resembles prison Taiwan News. One might ask why the CCP has the capability to rapidly construct prison camps…

Thoughts on a pandemic (thread):

This thread relates to a series of rising issues in the US and internationally in response to #2019nCoV. (1/x)

The racist art of naming a virus Salon

The Daily Fix: By refusing to let women be commanders, armed forces are out of step with real India Scroll.in (J-LS).

Shock after alcohol flows from kitchen taps in Kerala BBC

It is my pleasure to welcome Interim President @jguaido of Venezuela to the U.S. Capitol. https://t.co/G9vsTsun0n

House votes to do away with massive USPS financial burden Federal Times. Could be sane. Unless enough damage has been done that privatization can be put “on the table.” Readers?

The House Impeachment: A Postmortem Lawfare. “From the moment that activists made an unprecedented effort to lobby the presidential electors to overturn the results of the general election and embraced conspiracy theories about Russia ‘stealing’ the election, any subsequent impeachment efforts would have been heavily discounted by Republicans.” And not just Republicans. Also, “activists” is doing a lot of work, there. See “Federalist 68, the Electoral College, and Faithless Electors.” The kicker: “The House failed to establish that this impeachment effort was anything other than politics as usual. Next time, hopefully, it will do better.” Next time?! The whole article is well worth a read; it is not sparing of Pelosi’s leadership, which seems to have similarities to the management at Shadow.

Note the differences in coverage:

Amid irregularities, AP unable to declare winner in Iowa AP

Presidential caucus results NBC. NBC says that the results are “100% in,” but does not declare a winner.

Pete Buttigieg keeps narrow lead in Iowa caucuses with 100% of precincts reporting CNN. Includes video where CNN “surprises” Buttigieg with the happy result at one of its Town Halls: Buttigieg: “That’s fantastic news, to hear that we won.” Iowa caucus chairs do not agree:

With 100% of precincts reporting, I can faithfully say the Iowa results are bullshit. As a precinct captain in DM 06, I know for a fact the numbers reported for that district for every candidate who got more than 0 votes are wrong. 185 people caucused there. They say only 92 did.

Iowa Caucus Results Riddled With Errors and Inconsistencies NYT. “According to a New York Times analysis, more than 100 precincts reported results that were internally inconsistent, that were missing data or that were not possible under the complex rules of the Iowa caucuses.” It’s enormously irresponsible for the Times to undercut the results without releasing a tabulation of the errors.

Chaos Continues in Iowa as Democrats Mistakenly Award Delegates for Bernie Sanders to Deval Patrick Democracy Now (MH). Interview with chair of the Black Hawk County Board of Supervisors, the state co-chair for Bernie 2020.

One example given in [Taleb’s The Black Swan] is the following thought experiment. Two people are involved:

A third party asks them to “assume that a coin is fair, i.e., has an equal probability of coming up heads or tails when flipped. I flip it ninety-nine times and get heads each time. What are the odds of my getting tails on my next throw?”

If You Think It’s Bad for Mainstream Democrats Now, Just Wait Jonathan Chait, New York Magazine. “[I]t is entirely possible that, following South Carolina, Sanders will have won three or all four of the contests. If nobody has emerged as a viable alternative by then, Michael Bloomberg’s campaign will be stepping in.”

How once mighty Bombardier became politically toxic in Quebec CBC

Admiral Warns America’s East Coast Is No Longer A “Safe Haven” Thanks To Russian Subs The Drive (Re Silc). 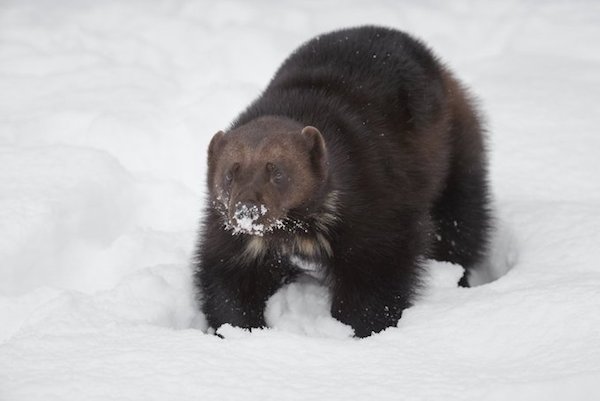