Mark Rober’s Rube-Goldberg squirrel feeder is the unicorn chaser you need right now BoingBoing (David L). Trust me, this is a must watch.

Boy, 12, followed down mountain by brown bear BBC. Excellent coaching by (presumably) parents and admirable cool-headedness. Running from a brown bear (this looks like a Euro grizzly cousin) = self-identification as prey.

“Superpower” Discovered in Squids: They Can Massively Edit Their Own Genetics Science Daily (David L)

Coronavirus has left Australian women anxious, overworked, insecure — and worse off than men again abc.net.au (Paul R). Sure that is generally true.

WHO halts trials of hydroxychloroquine over safety fears BBC

How China Went Back to School YouTube (furzy). An unintended commentary on American incompetence. Contrast with: School’s Out For … Ever? AirMail (J-LS)

By Air and Sea, Mercenaries Landed in Libya. Then the Plan Went South. New York Times. Wonder why this piece is running now. The point of Erik Prince is that he’s America’s big establishment mercenary, and I assume he offers a soup to nuts service. But why broadcast that he’s able to mount a private army, and make clear an op gone bad in Libya financed by a buddy of his could conceivably have been a Prince deal? Unless it’s to get out in front of the UN report? But a story in the NY Times gives it way more visibility than it would otherwise have. Even though the article finds only tenuous connections to Prince, my plugged-in contacts are abuzz over that aspect.

Scenes Of Isolation Amid Pandemic In The Vermont Countryside NPR (resilc)

Hipsters are paying up to $300 for custom-made facial coverings, says a Brooklyn tailor who sold $8,000 bespoke suits before the coronavirus outbreak Daily Mail

Locked-Down Teens Stay Up All Night, Sleep All Day Wall Street Journal. Hah, I have company.

The Military Hasn’t Saved Us From Pandemic—Nor Should It William Arkin, Newsweek (resilc)

Covid-19 Will Make Colleges Prove Their Worth Bloomberg

What could possibly go wrong? HK, and this? China using Covid to push all its territorial disputes at the same time? I’m guessing they have given up on playing nice and don’t even care what our european poodles think. The assumption that we won’t dramatically overreact because of covid is moronic, if anything Trump would welcome the distraction. Hot war here we come.

Does China offer the world more than the US? Asia Times (resilc)

China Is Its Own Worst Enemy Project Syndicate (UserFriendly)

China Will Use Its Digital Currency To Compete With The USD Forbes (Kevin W). *Sigh*. The way to become a reserve currency is 1. Run persistent trade deficits so your currency is held by parties outside your country and 2. Give them some OK places to park your currency besides cash. The US has Treasuries and other government guaranteed bonds, a well-regulated stock market for those who like to walk on the wilder side, as well as (until recently) cities with good airport access plus shopping, restaurants, museums and other attractions so that foreigners holding US currency might park it in US residential real estate.

What critical thinking? Wayback Machine is now complicit in Big Tech censorship RT. BC: “IMO, there are few things more reprehensible (and dangerous) than systematic editing of history.”

Ann Coulter Turns on ‘Disloyal Actual Retard’ Trump in Twitter Rant The Wrap (furzy). FWIW, I am told Sessions is not bad by the standards of Alabama politicians.

Sessions HAD to recuse himself, you complete blithering idiot. YOU did not have to go on Lester Holt's show and announce you fired Comey over the Russian investigation. That's what got you a Special Prosecutor. https://t.co/fIzHtmbOfR

As far as people I disagree with go, I’ve always had a bit of a soft spot for Ann. But it sure is going to be amusing watching Liberal Democrats make her the new #Resistance hero. I don’t imagine her taking that well.

UserFriendly on the tweet below: “How about we just flat out state that if you want to be a public servant you cannot have a net worth > $10 million.” Moi: Why aren’t we at least as agitated about people who get big ticket payoffs after serving in office?

When an elected official tells you, "Nobody needs to see my tax return" – that's the official whose tax return you most urgently need to see. pic.twitter.com/ADiDBmtsPO

Ilhan Omar On Her Memoir And Moving The Needle Toward Progressive Policies NPR (UserFriendly). People this young should not write bios or memoirs unless they have witnessed or survived something truly epochal and want to get their POV in before historians try to set it in concrete.

Biden Should Be Named in Criminal Probe in Ukraine, Judge Rules Consortiumnews. UserFriendly:”Dear God, if this is Trump it’s gonna backfire. Literally no way the Dems buy that Ukraine just decided to do this now.”

Expect the improved versions to be slicker:

I wish this were satire but it isn’t:

Joe Biden could walk into my bedroom and start hitting it from the back EVERY night without asking me if it’s okay. I wouldn’t care at all. I’d still HAPPILY vote for him. And I’m a cis straight man. pic.twitter.com/PIy5CczOoh

So how is this not functionally equivalent to the statement that Trump made in 2016 that led to widespread condemnation: “I could shoot somebody and I wouldn’t lose any voters”?

A Warren VP Pick Would Show That Biden Is Serious About Repairing the Economy Washington Monthly (resilc). Lambert: “Please kill me now.”

A Blueprint for Sanders and AOC to Take Over the Party? New York Magazine (furzy)

You’ve Been De-Banked! How An Unknown Counterterror Law Is Crippling The Movement Of Money & Humanitarian Aid Loeb Log (Chuck L). Important if nothing else to see how far-reaching US sanctions are and who gets picked up in their net.

What Is Going On in the US Housing Market? Brink. Important, in a bad way. Hope readers shred this. I would if I had time. The short version is “What about >20% unemployment, properly measured and coming, large-scale small business failures, don’t you understand?” Look at the doubling of involuntary part-time employment as well as:

The number of persons not in the labor force who currently want a job, at 9.9 million, nearly doubled in April. These individuals were not counted as unemployed because they were not actively looking for work during the last 4 weeks or were unavailable to take a job.

Plus I know of employers who took PPP loans and don’t see enough improvement in their business for them to be able to keep their current level of staffing once they are past the required 8 weeks of not cutting payrolls, so expect more blood on the unemployment front when the PPP juice wears off.

Hertz Was Already in Terrible Shape. The Pandemic Finished It Off. Wall Street Journal Disgraceful. No mention of Hertz’s notorious dividend recap shortly after private equity firm Clayton, Dubilier & Rice bought it in 2005. It’s been walking wounded since then.

So literally nothing because private lenders won’t even consider deferment or forbearance unless you are holding someone hostage and most people on federal loans are on income based. 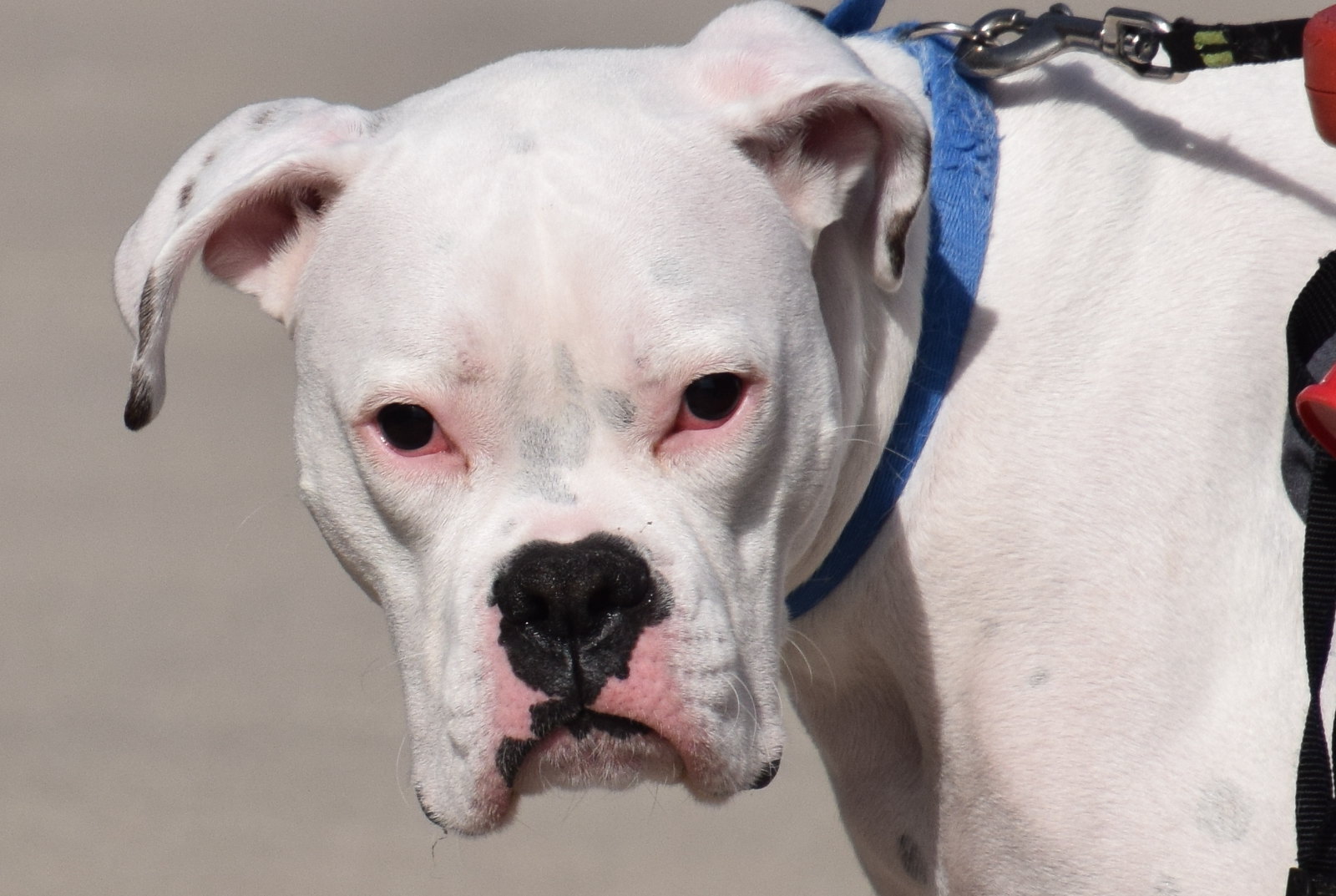 And a bonus, courtesy Chuck L. But orcas aren’t after humans…and the kayak pilots seem to get that.

The last thing anyone would want is to be on that kayak when these guys show up! pic.twitter.com/Fd5M0S7iVY