The Idea of a Nation The Point Magazine (Anthony L)

Cut and run: the underground hairdressers of lockdown Guardian

Only three out of 53 countries say US has handled coronavirus better than China Guardian (resilc). Quelle surprise!

COVID 19 is the worst disease process I’ve ever worked with in my 8 years as an ICU nurse.

When they say “recovered” they don’t tell you that that means you may need a lung transplant. Or that you may come back after d/c with a massive heart attack or stroke bc COVID makes

WHO is considering human challenging with SARS CoV2 for vaccine development. Challenging humans to test the efficacy of vaccines against SARS CoV 2 is being seriously discussed. It is discussed if it would be ethical to do so with volunteers around 18-30 years old for which mortality rates habe been reported to be about 0,03% according to the second link given. The WHO core protocol doesn’t specify the size of treatment groups to receive control/placebo vs. vaccine candidates.

This is the subject in focus in WHO Coronavirus disease (COVID-19) Situation Report–147 (Link: https://www.who.int/docs/default-source/coronaviruse/situation-reports/20200615-covid-19-sitrep-147.pdf) and the ethical considerations in Key criteria for the ethical acceptability of COVID-19 human challenge studies (https://apps.who.int/iris/bitstream/handle/10665/331976/WHO-2019-nCoV-Ethics_criteria-2020.1-eng.pdf)

Donald Trump’s economic adviser Larry Kudlow says $600-a-week unemployment benefits will STOP in July because they are a ‘disincentive’ for people to return to their jobs and will be replaced by a ‘back-to-work’ bonus Daily Mail. Um, there is this little matter of Congress…

Syria’s Economy Collapses Even as Civil War Winds to a Close New York Times. Funny, what I heard from a Lebanese buddy when I was in NYC (and he comes from a politically connected family) was pretty different. Readers?

Tech Firms Are Spying on You. In a Pandemic, Governments Say That’s OK. Wall Street Journal

More than 7 in 10 Americans won’t use contact-tracing apps, data shows ars technica. J-LS points out that her piece showed that HK has seen its success w/out resorting to an app.

They know us better than we know ourselves’: how Amazon tracked my last two years of reading Guardian (David L)

Apple faces fresh EU antitrust complaint Financial Times. I’d have linked to non-paywalled Bloomberg, but they don’t have the story up.

To celebrate Obama Day, here are Barack’s greatest hits (wars, coups, slavery, sanctions, al-Qaeda, colonialism) Ben Norton. “Obama certainly isn’t alone when it comes to being an unrepentant war criminal; every modern US president is. Barry just managed to pull it off with style.” He managed to miss failing to stop 9 million mainly preventable foreclosures and not prosecuting any bankers.

"Less than lethal"? What a joke. These weapons are fracturing people's skulls, destroying their eyeballs, and harming their lungs.

Enough. We must ban the use of rubber bullets, tear gas and pepper spray on protesters across the country. https://t.co/glYh47tTnE

Pentagon Surplus Handouts Stoke The Militarization Of US Police Barron’s (furzy). Reported back in the day but good to have a recap.

Will the Death of George Floyd Mark the Rebirth of America? CounterPunch (Chuck L)

Amazon Says Jeff Bezos Is Willing To Testify Before Congress Politico. On anti-trust

Antidote du jour. Tracie H: “Sphynxie wants to know if I plan to put her blanket on her new desk.” 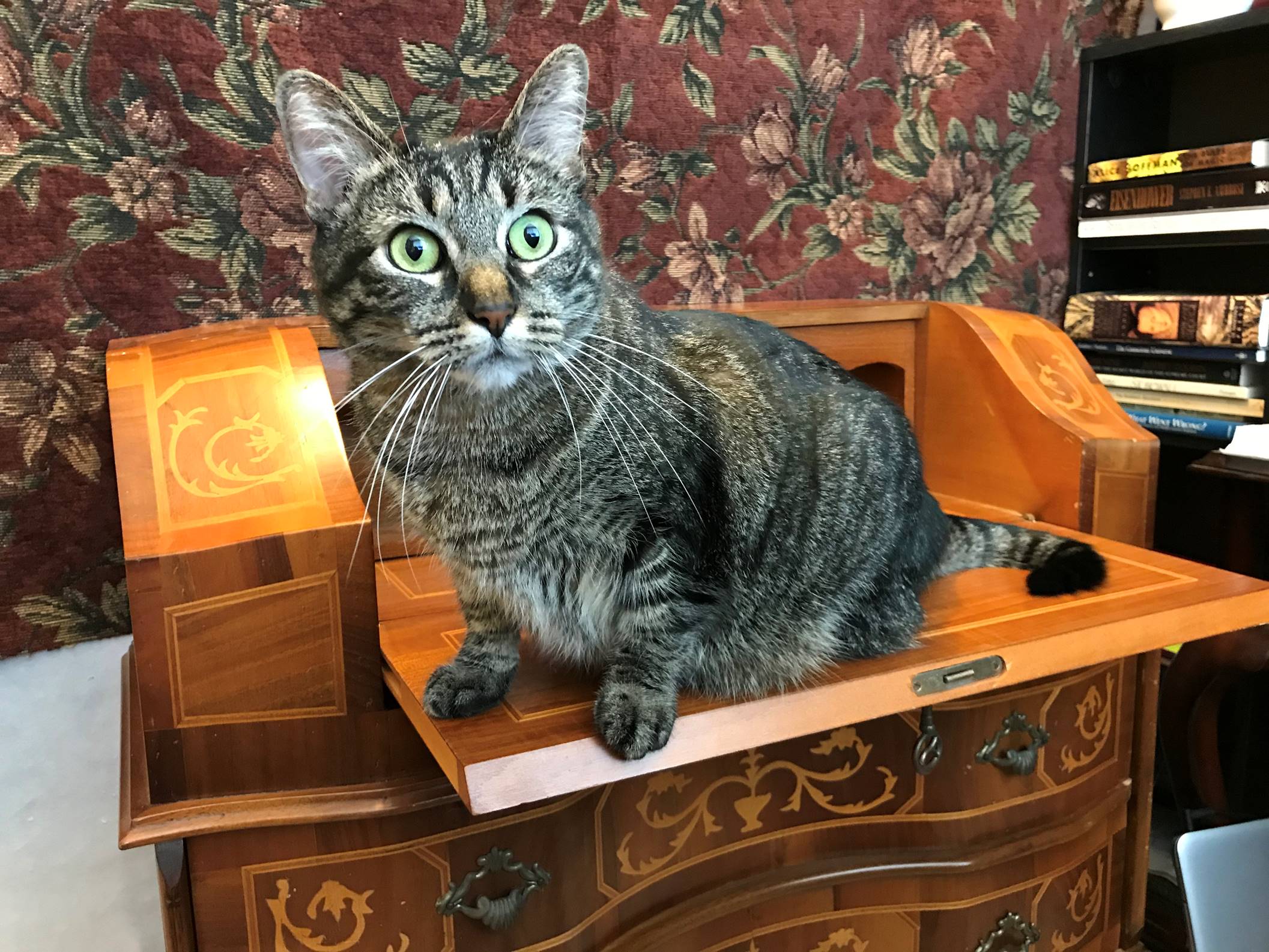