In all seriousness, as a woman, I don’t see how picking a vile female candidate helps women. And I cannot fathom why Biden tied his hands by limiting himself to candidates that had to be both female and black. Tactically, he would have been better served by pcking, say, Julian Castro, since Biden isn’t doing as well with Hispanics as his team would like. But Biden may be so convinced that he has the election in the bag that he doesn’t care much. He is likely right right, but Dukakis had a 17 point lead over Bush at this time in 1988. And our greybeard, political scientist Tom Ferguson, similarly thinks it’s too early for Team Biden to be pulling out the champagne corks. 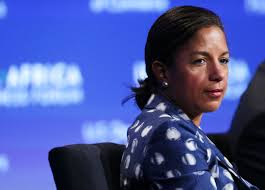 Events on the VP selection front are moving quickly, and so far, it appears from all I can gather (private conversations, news stories, tea leaves left in news stories), that the choice is between Kamala Harris and Susan Rice.

These are two terrible choices, to be clear, neither of them like the Elizabeth Warren of some people’s dreams or the Tammy Baldwin of some others. But if we must have a terrible VP choice, these are among the very worst pick from. Both are women and people of color, so each checks those high priority boxes. Beyond that, though, each brings a different set of highly undesirable qualities to the table. Let’s take a brief look.

Kamala Harris, former San Francisco District Attorney and CA Attorney General, was by the account of a number of lawyers in my acquaintance, one of the worst DAs in the country.

In addition to all the bad deeds that have been made public recently — prosecuting parents for their children’s school truancies; jailing marijuana users, then laughing about using the drug herself when it became to her advantage to do so; and the fact that she “repeatedly and openly defied U.S. Supreme Court orders to reduce overcrowding in California prisons while serving as the state’s attorney general” — there’s the little-known 2010 evidence-tampering scandal that resulted in the dismissal of over 1,000 of her DA office’s prior court cases due to tainted chain of evidence, and the fact that Harris and her office failed to reveal this problem until the story came out.

Because of this case mismanagement, was forced to dismiss a great many cases “in which convictions had been obtained and sentences were being served.” In what was called a “scathing decision,” Superior Court Judge Anne-Christine Massullo wrote in May 2010 that Harris “failed to disclose information that clearly should have been disclosed.”

Lawyers will say it’s a lawyer’s job to know the validity of her chain of evidence and also to disclose any problems with with that evidence to defendants. Harris did none of those things, leaving those already convicted and serving sentences to languish in jail rather than reveal a politically damaging failing of her office.

Another Harris negative: She failed to win California, her home state, and in fact was forced to drop out before a truly embarrassing showing in the primary. (If I recall correctly, she was polling close to 3% nationally as the primary approached.) Even though California isn’t a must-compete state for Biden, since he’ll most likely win it comfortably, Harris’s lack of pull is national.

Less is known about Susan Rice, and that may be points in her favor. But if she’s the VP pick, people will get to know her quickly — and learn to not like her just as fast. To summarize the reports I’ve seen, she has no political background or instincts, a chilly and aloof “I know better than you” personal manner, absolutely no domestic policy experience or identifiable positions, and a “love of war” foreign policy stance.

In other words, Rice is the exact opposite of an excellent choice — a person of without political skill, possessed of Obama’s hauteur with none of his charm, and views the outside world through a Hillarist neocon lens.

She’s also, from as much as I can gather, the most likely pick. Not only do rumors favor her, but there are now reports that people in Biden’s circle are strongly opposed to Harris, in part because “she’s too ambitious and … will be solely focused on eventually becoming president.”

Those who argue this would be right. Ambition is the only only star Kamala Harris sails by. Which leaves us with Rice, unless a surprise is in the offing.

I want to close with a personal note. Given that…

a) No good VP choice will be made by the current deciders, and that

…I think the very worst choice for VP may harbor the very best outcome for progressives. More on that later, but if so, it looks like we may have quite a promising opportunity ahead of us.