The Rabbit Outbreak The New Yorker

Sky5 got a look at fireworks lighting up the skies for Fourth of July pic.twitter.com/nkFNUh4N8O

Scientists say WHO ignores the risk that coronavirus floats in air as aerosol Los Angeles Times. They say it because it’s true; see NC in May. From the full text of the letter:

We have an urgent message about some critical new scientific research. It strongly suggests that requiring fabric mask use in public places could be amongst the most powerful tools to stop the community spread of COVID-19.

An international cross-disciplinary review of the scientific research by 19 experts and other recent research shows that:

The preponderance of evidence, in both laboratory and clinical settings, indicates that mask wearing reduces the transmissibility per contact by reducing transmission of infected droplets. The decreased transmissibility could substantially reduce the death toll, other harms to public health, job losses and economic losses. The cost of such masks is very low by comparison.

Modeling suggests that widespread public mask use, in conjunction with other measures, could bring the effective reproduction number (R) beneath 1.0, thus halting the growth of the pandemic.

Therefore, we ask that government officials require cloth masks to be worn in all public places, such as stores, transportation systems, and public buildings as soon as possible. This action will prevent people who are infectious from unknowingly spreading the disease.

We met two of the new Monster Girls from Harajuku’s Kawaii Monster Cafe (@KawaiiMonsterCa) on the street in Harajuku today! The new monsters were designed by @sebastea of 6%DOKIDOKI! #原宿 More of today’s Tokyo street style in our Instagram stories https://t.co/AhivA9ANRJ pic.twitter.com/tnFzS53REP

WHO halts hydroxychloroquine, HIV drugs in COVID trials after failure to reduce death Channel News Asia. “The UN agency said that the decision, taken on the recommendation of the trial’s international steering committee, does not affect other studies where the drugs are used for non-hospitalised patients or as a prophylaxis.”

Tracking changes in SARS-CoV-2 Spike: evidence that D614G increases infectivity of the COVID-19 virus (pre-proof) Cell. From the abstract: “A SARS-CoV-2 variant carrying the Spike protein amino acid change D614G has become the most prevalent form in the global pandemic…. . In infected individuals G614 is … suggestive of higher upper respiratory tract viral loads, although not with increased disease severity. These findings illuminate changes important for a mechanistic understanding of the virus, and support continuing surveillance of Spike mutations to aid in the development of immunological interventions.”

Early-Morning vs Spot Posterior Oropharyngeal Saliva for Diagnosis of SARS-CoV-2 Infection: Implication of Timing of Specimen Collection for Community-Wide Screening Open Forum Infectious Diseases. An alternative to collection through the nose.

How Fauci, 5 other health specialists deal with covid-19 risks in their everyday lives WaPo. Very little collective enthusiasm for fllying. Tressie McMillan Cottom: “Their risk evaluations are interesting but so are the glimpses of their lives. Lots of cleaners, kids coming to help with zoom, some outdoor dinner parties. All of them reject indoor dining.”

Scolding Beachgoers Isn’t Helping Zeynep Tufeki, The Atlantic. Yes, the beach is outdoors. Yes, zoom lenses can make a distanced scene seem packed. Yes, images of beach-goers have been used to foment moral panic. My only concern is people sitting together in groups for extended periods, sharing drinks and food, and transmission via fomites like blankets, playing cards, sun block bottles, etc. And I have seen no cases of beach transmission in the literature. Certainly better to go to the beach than a bat cave like a bar!

The trillion dollar question. Why are COVID cases increasing while deaths are decreasing? The answer is simple. It's called Simpson's paradox and it's the result of incorrectly pooling data and arriving at a false conclusion. A thread 1/9 #COVID19 #ThursdayThoughts

Video from the thread:

Pandemic Practice: Horror Fans and Morbidly Curious Individuals Are More Psychologically Resilient During the COVID-19 Pandemic psyArxiv. From the abstract: “We found that fans of horror films exhibited greater resilience during the pandemic and that fans of “prepper” genres (alien-invasion, apocalyptic, and zombie films) exhibited both greater resilience and preparedness. We also found that trait morbid curiosity was associated with positive resilience and interest in pandemic films during the pandemic. Taken together, these results are consistent with the hypothesis that exposure to frightening fictions allow audiences to practice effective coping strategies that can be beneficial in real-world situations.” So we’re only trying to help you!

Ecuador hospitals under pressure, on verge of collapse Al Jazeera

Libraries pull off some books by political figures RTHK

UK government takes £400m stake in satellite firm OneWeb BBC (Clive). Why not greenfield a government agency, instead of funding a start-up brownfield?

Ladies and gentlemen, I give you The Restoration:™

As The Beach Boys once said, "Wouldn't it be nice." pic.twitter.com/1EvT3gshjw

Stephen King has done a lot of good in the Great State of Maine, but the combination of hysterical, triumphalist wish fulfillment in the headlines, and lorem ipsum in the text, is pretty much where liberal Democrats are right now. I’m surprised that a writer of King’s caliber would miss this telling metaphor. And then there’s this: 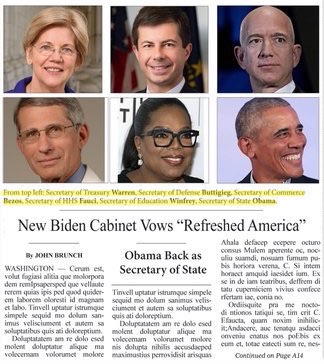 Two billionaires in the cabinet: Bezos (Commerce) and Winfrey (Education). Has recent experience demonstrated that billionaires have a special aptitude for government service? And oddly, or not, no indication whatever, anywhere on the page, that Sanders or his policies even exist; for example, Jayapal would do well at HHS (and not Gilead ramper and mask dissimulater Fauci). There’s also an enormous typo in the caption at top left.

Trump takes aim at ‘radical left’ in July 4 speech FT. Is anything in Trump’s speech different from what Bush would have said in 2003? Do I need to write a post on what a horrible President George W. Bush was, and why under no circumstances should he have been rehabilitated?

In Colorado, Progressives Had A Chance At Real Power. They Let It Go. HuffPo

Kanye tweets he’s running for president The Hill. Predicted by Sturgill Simpson on the Trillbillies back in February.

Lambert here: The RussiaGate franchise needs refreshing. The first in the series (“A New Grift”) was pretty good; the second (“The Blob Strikes Back”) was not so good; and now “Return of the Anonymous Source” just isn’t any good at all.

Experts Say Intel Should Have Reached Trump On Russian Bounty Program NPR. So Gina Haspel is at the PDB readings….

Spies, Lies, and Stonewalling: What It’s Like to Report on Facebook CJR. Zuckerberg lies right to your face. Who knew?

I predicted 2020 would be a mess for the U.S. Could that help prevent a second civil war? Peter Turchin, Globe and Mail. Must-read.

The Boogaloo Tipping Point The Atlantic

The Hamilton Hustle Matt Stoller, The Baffler. From 2017, still germane (Hamilton on Disney Plus a heartwarming cross between play and TV movie CNET. It’s a musical, ffs).

Americans on private jet denied entry to Sardinia CNN (Re Silc). “[The private jet] took off from Colorado with 11 would-be holidaymakers on board… The five US citizens were traveling with friends from New Zealand, the UK, Germany and Italy. There were also three children on board.” A flying hot spot.

The everyone economy: how to make capitalism work for all FT

The NBA’s Reopening Is a Warning Sign for the U.S. Economy Bloomberg (Re Silc).

Who Died for Your Dinner? Buzzfeed

Immigrants should be more woke. Thread:

While I understand the sentiment & arguments behind these types of articles, I pause & remind myself of all the immigrants I have met across the US — from Congo, Somalia, Mexico, Bosnia, Iraq, Laos, Syria, Egypt, Cuba, El Salvador, Bolivia — who are very proud to be American pic.twitter.com/1gya1cO6Db

Bipartisan bill aims to revamp National Science Foundation Physics. Surely we already have an entity focused on commercializing science? We call it “the private sector,” among other things.

The Glassmaker Who Sparked Astrophysics Nautilus 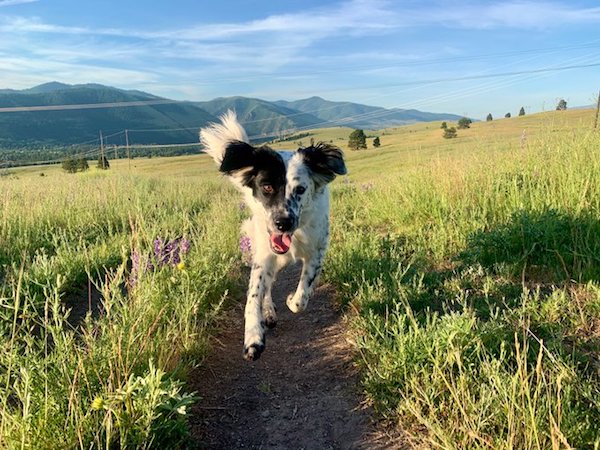