The End of Oil Is Near SIerra Club

Green swans: Why climate change is unlike any other financial risk In The Black (periol). The BIS and accounting standards material is interesting.

Will We Ever Listen To The Warnings? David Sirota, Too Much Information

This Devastating Spill Is a Big Problem for Oil Bloomberg

Two metres or one: what is the evidence for physical distancing in covid-19? British Medical Journal

Some people can get the pandemic virus twice, a study suggests. That is no reason to panic Science

Articles of impeachment drawn up against Gov. Mike DeWine over coronavirus orders Cleveland.com

Why the United States is having a coronavirus data crisis Nature

Our schools couldn’t afford that many basketballs:

Except the private ones, of course.

The Back And Forth About Navalny’s ‘Poisoning’ Moon of Alabama. If Putin poisoned Navalny, why on earth was Navalny allowed to leave Russia to be treated in a German hospital?

Russia Just Declassified Footage of the Largest Nuke Ever Tested Vice (Re Silc).

Elites Yearn for a Restoration Abroad Under Biden WSJ

Preparing for the Next Pandemic Hopkins Bloomberg Public Health Magazine

The Wisconsin Department of Corrections building was set on fire during the second night of unrest in Kenosha. Reduced to rubble and ashes. This video was recorded before bulldozers were brought in. @cbschicago pic.twitter.com/x0voJ2xF4I

The Burning House The Nation. “Rather than create a nation of homeowners, the housing programs of the Great Society, which relied on public-private ventures that almost always benefited the private interests, only helped to intensify racial disparities.” Oh, Lordie, public-private partnerships.

The Case for Climate Action: Building a Clean Economy for the American People (PDF) Senate Democrats’ Special Committee on the Climate Crisis. The final two paragraphs:

Imagine if the political polarities on climate change suddenly reversed. Imagine if the big trade associations were led by the science and the economics of climate change, not by fossil fuel money. Imagine how quickly Congress could act if powerful trade associations like the U.S. Chamber of Commerce and National Association of Manufacturers became advocates for serious pro-climate policies. Imagine if the powerful banking, agricultural, financial services, technology, and consumer products lobbies came in and demanded real climate action.

Legal Interventions to Address US Reductions in Life Expectancy JAMA.

Age-based, geographic, and socioeconomic status disparities collectively diminish average life expectancy. Midlife “diseases of despair” (eg, suicides, drug overdoses, and alcohol-related conditions), firearm violence, and obesity also are contributing factors for reduced life expectancy, especially in rural counties, the industrial Midwest, and Appalachia. Life expectancy gaps among the richest and poorest 1% of the population are estimated to exceed 10 years for women and 14 years for men. Stated simply, poorer, less-educated individuals in the US live considerably shorter lives. This pattern of inequality has been highlighted further during the COVID-19 pandemic.

Complete, across-the-board failure by the political class in its entirety at the most basic, material level. Or overwhelming success, depending.

‘I am beside myself’: millions in the US face evictions amid looming crisis Guardian 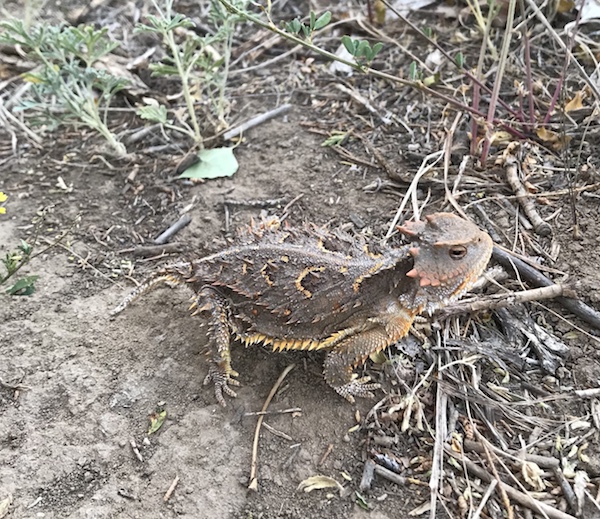 RM writes: “My daughter sent me this from Mesa Verde, Colorado where she works.”