Wild Predators Are Relying More on Our Food—and Pets Wired

First two are interesting sections
1. on the election betting market
2. on solar energy in rural Africa. Components are failing. Right to repair essential. Tthe cheapness of quality of all the components is a real weakness. I have Chicom solar lights on outdoor sculptures here in Vermont. Some work for years, some work for 3 months. Cannot be fixed after they break. More e-waste.

Trump’s ‘Miracle Cure’ for Covid Is a Logistical Nightmare Wired

This Government’s incompetence, its cronyism, its ideological obsession with outsourcing and rip-off privatisation has undermined our NHS and put lives at risk.

Time to kick the profiteers out of the system and put local public health teams in charge. pic.twitter.com/ivqRy4WgOe

After months of largely peaceful protests, pro-democracy activists and Thai monarchy supporters clashed, throwing punches and bottles at each other pic.twitter.com/RwAz7GrEfc

US lets Indonesia’s Prabowo off the hook Asia Times

Brexit: What has happened since 31 January? BBC

EU court ruling threatens EU-UK data flows Politico. From last week. Too many people acting as if “of course this will be solved” when it isn’t yet.

In Mexico, Cross-Border Fight Over Water Erupts New York Times (resilc). We warned over a decade ago that potable water was the world’s most limited resource. Not hard to see that it would become a source of conflict.

Amy Coney Barrett’s Answer on This Climate Change Question Is Completely Disqualifying. She Will Be Confirmed. Esquire (David L)

Harris and Truman? How an embrace of the national security state runs in the family Responsible Statecraft (resilc)

NBC Is Giving Trump, Who Refused to Debate Biden This Week, a TV Special. Slate. Um, Biden will have gotten two televised town halls…one was with NBC, not sure who is running the Oct 15 one.

It’s Not The Economy, Stupid. It’s Your Identity Heisenberg Report (resilc). Wild, but a spurious correlation?

The other election: South Carolina and the battle for the US Senate Financial Times

The U.S. Shouldn’t Be a ‘Sleazy Offshore Principality’ Atlantic

With the U.S. importing more goods than it’s exporting, shipments of American cotton, grain and hay are getting squeezed by a shortage of shipping containers https://t.co/L2EXGYfzmq

For Rudolf Hilferding, Socialism Was About Freedom Jacobin (Chuck L)

The Pandemic Has Benefited One Group Of People: Billionaires HuffPost (UserFriendly)

Spotted this beautiful German Shepherd in the back of this truck on a food stop in Phelan, California, on one of our three-hour weekend drives to the desert. I tried for a bit sharper image but just then my battery died. ☹ Aaugh! As Snoopy and his friends would say!!! 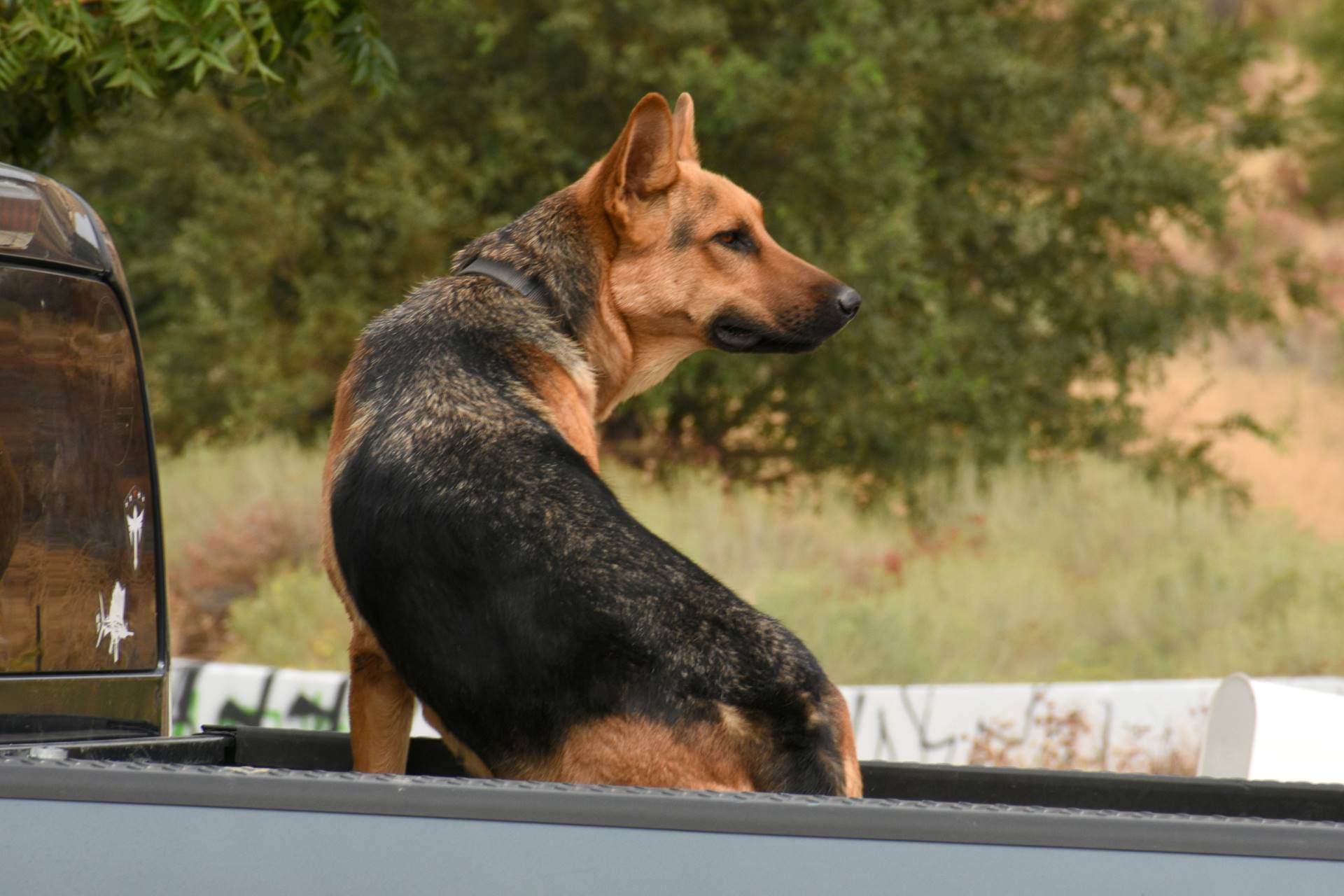 And a bonus, from guurst:

The title should be “Reservoir Bears” – but these things only come to one later. https://t.co/9I1YKXrBil