This is Naked Capitalism fundraising week. 1471 donors have already invested in our efforts to combat corruption and predatory conduct, particularly in the financial realm. Please join us and participate via our donation page, which shows how to give via check, credit card, debit card, or PayPal. Read about why we’re doing this fundraiser, what we’ve accomplished in the last year, and our current goal, more original reporting.

The era of greyhound racing in the U.S. is coming to an end National Geographic

Why are pension funds investing in hedge funds? MarketWatch. Because they’re not reading Naked Capitalism. Obviously.

Glad that @Austan_Goolsbee has noticed that market power and corporate monopolization is dangerous, and that the CARES Act radically contributed to the problem. https://t.co/7lCndBjkE8

Could 80,000 family woodlot owners be the key to saving the Acadian forest? The Narwhale

Trump: ‘I condemn all white supremacists’ The Hill (UserFriendly).

As Trump Equivocates on White Supremacy, the FBI Warns of Right-Wing Terror The Nation

Lambert here: On the case of COVID-19 that POTUS and FLOTUS both have, outcomes range from the entire political class being infected to Trump emerging from a mild case, victorious and indestructible, after having dominated the news cycle for two weeks without saying anything (unless he tweets his way through, like AOC). What we need is some good, old-fashioned epidemiological contact tracing of Trump’s circle from public sources, with a handy map (i.e., with what we know now, it’s easy but wrong to say Hope Hicks gave it to Trump, since both could have gotten it from a common third party). It would be ideal to know if there are any superspreaders involved. Mere timelines are insufficient. On whether Trump gave Covid to Biden at the debate through aerosol transmission by talking or shouting, I would very much like to know about the HVAC system in the auditorium and potential circulation patterns, since, with aerosols, social-distancing the podia would not be sufficient for safety. I would want to know if outside air is circulated, and (speculating, here) I would like to know if TV lighting has any effects. I would also want to know who, if anybody, on the various staffs involved checked all this out. Presumably some news-gathering organization, if any such still exist, has devoted some real resources to answering questions like these.

Donald Trump tests positive for coronavirusm Politico. Politico EU seems to have been first out of the gate (after Trump tweeted it out).`From the White House:

The White House has released this statement from President Trump’s physician, confirming that both the president and First Lady have tested positive for Covid-19. pic.twitter.com/4TUomlEChz

If the President Tests Positive for the Virus, What Happens? Bloomberg. From May 2020, still germane.

The President Contracting COVID-19 Is A Major National Security Crisis The Drive. Speaking of which:

RT There's an E-6B Mercury off the east coast near DC. I looked because I would expect them to pop up if he tests positive. It's a message to the small group of adversaries with SLBMs and ICBMs. pic.twitter.com/3ta9PmPxZD

i woke up my mom. she said, "thank you for telling me sweetheart" and my dad says "what a shame, couldn't happen to a nicer guy"

Heavy on the science:

SARS-CoV-2 Seroprevalence among a Southern U.S. Population Indicates Limited Asymptomatic Spread under Physical Distancing Measures American Society for Microbiology. North Carolina: “The low, overall prevalence may reflect the success of shelter-in-place mandates at the time this study was performed and of maintaining effective physical distancing practices among suburban populations. Under these public health measures and aggressive case finding, outbreak clusters did not spread into the general population.”

Super-spreading events initiated the exponential growth phase of COVID-19 with ℛ0 higher than initially estimated Royal Society Open Medicine. From the abstract: “The simulations revealed two-phase dynamics, in which an initial phase of relatively slow epidemic progression diverts to a faster phase upon appearance of infectious super-spreaders.”

SARS-CoV-2-derived peptides define heterologous and COVID-19-induced T cell recognition Nature. The abstract: “T cell immunity is central for the control of viral infections. To characterize T cell immunity, but also for the development of vaccines, identification of exact viral T cell epitopes is fundamental…. Diversity of SARS-CoV-2 T cell responses was associated with mild symptoms of COVID-19, providing evidence that immunity requires recognition of multiple epitopes. Together, the proposed SARS-CoV-2 T cell epitopes enable identification of heterologous and post-infectious T cell immunity and facilitate development of diagnostic, preventive and therapeutic measures for COVID-19.” (“Epitope, also called antigenic determinant, portion of a foreign protein, or antigen, that is capable of stimulating an immune response.”)) This is really above my paygrade, and Covid Twitter seems to regard this as controversial, so hopefully readers will weigh in.

Efficacy and Safety of Hydroxychloroquine vs Placebo for Pre-exposure SARS-CoV-2 Prophylaxis Among Health Care Workers: A Randomized Clinical Trial JAMA. Conclusions: “This randomized clinical trial did not detect a reduction in SARS-CoV-2 transmission with prophylactic administration of hydroxychloroquine, and all participants who did contract SARS-CoV-2 were either asymptomatic or had mild disease courses with full recoveries. As such, we cannot recommend the routine use of hydroxychloroquine among HCWs to prevent COVID-19.”

The Surgisphere Scandal: What Went Wrong? The Scientist (nvl).

Irish court rules Subway loaves are too sugary to be called bread CNN. What are they called then? Cake?

“I Assert that Putin Was Behind the Crime” Der Spiegel (DB).

House passes $2.2 trillion coronavirus relief bill amid faltering talks Roll Call. Should have been done before they left on vacation.

America Is About to Enter Its Years of Lead Foreign Policy

Revealed: Key Assange prosecution witness is part of academic cluster which has received millions of pounds from UK and US militaries Declassified UK

No, the Recession Isn’t Over—and It’s About to Get Much Worse for Some Time

Building the Mathematical Library of the Future Quanta

Why is the world going to hell? Netflix’s The Social Dilemma tells only half the story Jonathan Cook 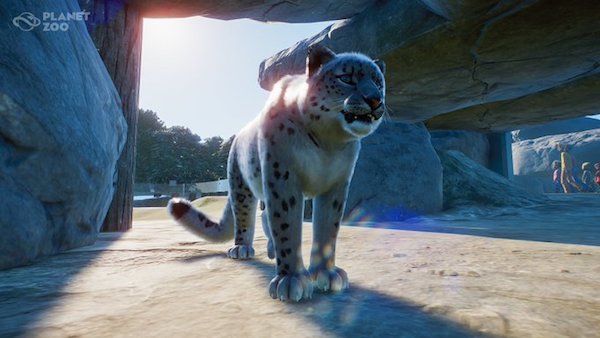