Apple, Google and a Deal That Controls the Internet NYT

The importance of Taleb’s system: from the Fourth Quadrant to the Skin in the Game Branko Milanovic, globalinequality. From 2018, still germane.

Nursing homes and other long-term care facilities account for a disproportionate share of COVID-19 cases and fatalities worldwide. Outbreaks in U.S. nursing homes have persisted despite nationwide visitor restrictions beginning in mid-March. An early report issued by the Centers for Disease Control and Prevention identified staff members working in multiple nursing homes as a likely source of spread from the Life Care Center in Kirkland, Washington to other skilled nursing facilities. The full extent of staff connections between nursing homes—and the role these connections serve in spreading a highly contagious respiratory infection—is currently unknown given the lack of centralized data on cross-facility employment. We perform the first large-scale analysis of nursing home connections via shared staff and contractors using devicelevel geolocation data from 50 million smartphones, and find that 5.1 percent of smartphone users who visit a nursing home for at least one hour also visit another facility during our 11-week study period—even after visitor restrictions were imposed. We construct network measures of connectedness and estimate that nursing homes, on average, share connections with 7 other facilities. Controlling for demographic and other factors, a home’s staff-network connections and its centrality within the greater network strongly predict COVID-19 cases. Traditional federal regulatory metrics of nursing home quality are unimportant in predicting outbreaks, consistent with recent research. Multivariate regressions comparing demographically and geographically similar nursing homes suggest that 49 percent of COVID cases among nursing home residents are attributable to staff movement between facilities.

Rush for results could lead to inferior Covid vaccine, say scientists Guardian. The headline is bad. This is the central argument: “[B]y spring, several vaccines may have passed their trials without any mechanism being in place to select which is the most effective for different groups…. It is expected that approval would be given to any vaccine that protects at least half of those injected with it. The problem will come when other vaccines appear and it is unclear whether or not they are better than the first licensed product.”

Covid-19 and the Political Utility of Fear Craig Murray

Who Are the Scientists Behind the Great Barrington Declaration? MedPage Today

Covid-19 and the victory of quantitative easing The Spectator

Lots of liberal Democrat mutuals high-fiving on how Chile “voted out fascism,” erasing fifty years of popular resistance — oh Lordie, another useful word corrupted — and the role we played installing fascism in the first place. Who was it who said “Americans have the memory of goldfish”? Zhou Enlai?

Bolivia’s Landslide Lays to Rest the Fears of Fraud International Crisis Group. Translation: “The margin was so great our goons at the OAS couldn’t cry ‘fraud,’ unlike last time.”

Biden relies on pattern of activity to blame Russia for release of data from what is said to be his son’s laptop WaPo. “Do you see yonder cloud that’s almost in shape of a camel?” And–

Insisting that the Hunter Biden laptop is fake is a trap. So is insisting that it’s real. Thomas Rid, WaPo. The money quote, per Greenwald:

We must treat the Hunter Biden leaks as if they were a foreign intelligence operation — even if they probably aren’t… in the likely continued absence of certainty either way, the Biden leaks deserve the full potential-disinformation treatment.

So we really do live in a simulation, now? One designed and operated by counter-intelligence officials from the organs of state security?

A Broken Census Can Break Democracy The Big Picture

Presidential election is forecast to have the highest voter turnout in 112 years with record 150m ballots expected to be cast, representing 65% of eligible voters – and 58m early votes are ALREADY in Daily Mail

Tech on the Ballot in November The Markup

Mark Meadows: U.S. ‘not going to control’ COVID-19 as nation adds 83,718 new cases UPI. From the transcript, which is contentious:

TAPPER: Why aren’t we going to get control of the pandemic?

MEADOWS: Because it is a contagious virus. Just like the flu, it’s contagious.

TAPPER: Yes, but why not make efforts to contain it?

MEADOWS: Well, we are making efforts to contain it. And that’s…

TAPPER: By running all over the country not wearing a mask? That’s what the vice president is doing.

MEADOWS: Jake, we can — we can get into the back — back-and-forth. Let me just say this, is, what we need to do is make sure that we have the proper mitigation factors, whether it’s therapies or vaccines or treatments, to make sure that people don’t die from this.

But to suggest that we’re going to actually quarantine all of America, lock down our…

TAPPER: I never said — no one — no one is saying that.

MEADOWS: Well, they are. Joe Biden is saying that.

TAPPER: That’s not what he said….

MEADOWS: Well, when we look — when we look at the number of cases increasing, what we have to do is make sure that we fight it with therapeutics and vaccines, take proper mitigation factors, in terms of social distancing and masks when we can.

And when we — when we look at this, what we’re — we’re going to defeat it, Jake, because what we are, we’re Americans. We do that. And this president is leading, while Joe Biden is sitting there suggesting that we’re going to mandate masks.

Oh. American Exceptionalism, our civic religion. (One minor question of fact: Elsewhere in the transcript, Meadows says the phrase “dark winter” comes from Biden. Tapper says he “thinks” Biden was quoting William Haseltine. I can’t find a quote to this effect from Haseltine, but Google is what it is. Biden used the phrase “dark winter” in debate, but did not cite to Haseltine. Can readers assist?) Meanwhile, Biden isn’t going to mandate masks, as Meadows says. He’s going to ask the governors to mandate masks, and if they don’t agree, he’ll jawbone state and local officials (“[Biden] insisted that official mandates would help, if only as a messaging tool.” So, public relations.)

Pence’s ‘body man’ among aides who tested positive for coronavirus: report The Hill

R.I.P., G.O.P. Editorial Board, NYT. “A healthy political system needs robust, competing parties to give citizens a choice of ideological, governing and policy visions. ” Obama, after winning the Democrat nomination in 2008, had the Preamble to the party platform revised to reflect this idea, and as we all know, won the election with a mandate for “hope and change.” Obama had his boot on the Republicans’ throat, gave them a hand up, dusted them off, and let them back in the game (engaging in prolonged negotiations with them to pass a Heritage Foundation-friendly, market-based health care plan, for example). So this West Wing-style quest for a rational interlocutor has been pursued in elite Democrat circles for some time, this year’s Great Assimilation™ being one consequence.

Zoom Deleted Events Discussing Zoom “Censorship” Buzzfeed. Because of course they did.

Why the U.S. Space & Rocket Center is teaming up with FBI AL.com

On the Week of the Election, Social Media Must Go Dark Wired. Election silence isn’t necessarily a bad idea, but why limit it to the platforms? How about polling? Advertising?

A Leaked Internal Report Reveals The Wall Street Journal Is Struggling With Aging Readers And Covering Race Buzzfeed. A comment:

A running theme throughout the report is the tension between the content that the paper is best known for producing — granular coverage of business, finance, and policy — and the topics of interest to the younger readers that the publication’s management desperately wants to woo.

There’s No Turning Back on AI in the Military Wired

Yale’s David Swensen Puts Money Managers on Notice About Diversity WSJ. Stoller: “David Swensen is probably one of the most destructive people in American finance, validating the movement of large chunks of financial assets into hedge funds and private equity.”

Art Museums in the US Are Facing a Reckoning Jacobin

I am Seriously Considering Going Back to Desktop Computers Miscellaneous Stuff. “What worries me as much as the end of general-purpose computing for the masses is that so few seem to understand that it is ending.” 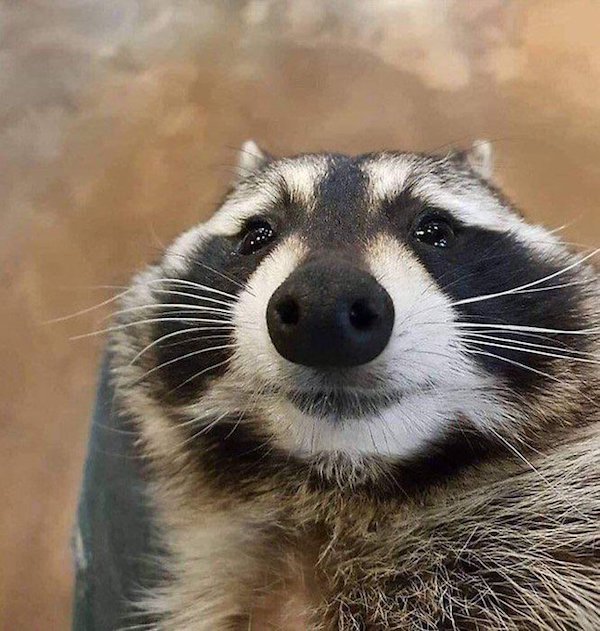