Mediocre SPAC Returns Shouldn’t Be a Surprise Barry Ritholtz, Bloomberg. Special-Purpose Acquisition Vehicle. They call it a “vehicle” because it’s designed to drive off with your money.

Has Covid killed off the flu? Experts pose the intriguing question as influenza cases nosedive by 98% across the globe Daily Mail

Covid traces located in Samut Prakan Bangkok Post. “The Department of Disease Control (DDC) yesterday said health authorities found the Covid-19 virus on the surface of an exercise fitness machine at a gym room of a quarantine place in Samut Prakan where a French woman who contracted the disease stayed.” Not an iron-clad case of fomite transmission without DNA analysis. Nevertheless.

Host Immune Response Driving SARS-CoV-2 Evolution Viruses. From the abstract: “Llittle is known about SARS-CoV-2’s evolutionary characteristics and general trend. In this work, we present a comprehensive genotyping analysis of existing SARS-CoV-2 mutations. We reveal that host immune response via APOBEC and ADAR gene editing gives rise to near 65% of recorded mutations. Additionally, we show that children under age five and the elderly may be at high risk from COVID-19 because of their overreaction to the viral infection. Moreover, we uncover that populations of Oceania and Africa react significantly more intensively to SARS-CoV-2 infection than those of Europe and Asia, which may explain why African Americans were shown to be at increased risk of dying from COVID-19, in addition to their high risk of COVID-19 infection caused by systemic health and social inequities. ”

Direct activation of the alternative complement pathway by SARS-CoV-2 spike proteins is blocked by factor D inhibition Blood. From the accompanying Johns Hopkins press release: “Brodsky and his colleagues hope that their work will encourage more study into the potential use against COVID-19 of complement-inhibiting drugs already in the pipeline for other diseases.”

Investigating Whether Blood Type Is Linked to COVID-19 Risk JAMA. The lead: “The notion that blood type might have prognostic value in COVID-19 is intriguing, but ‘we’re at the stage of trying to determine if this association is even real,’ Christopher Latz, MD, coauthor of one of the recent studies, cautioned in an interview.”

Paid leave is good first step across the abyss:

As clear as I can be— without it, this doesn’t stop. Don’t give a society a safety net, don’t be shocked that a virus continues to spread. 13/

Paid leave is, by definition, post-symptomatic, and so won’t block the main transmission path. Even assuming it works, what Slavitt and his ilk need to show is that the residue of infection created by those unable to afford testing and treatment — never mind paid leave — is small enough so that the pandemic can be snuffed out even if such people are written off. I don’t believe it will be, especially since service industries, child-care, and eldercare are all often “essential” and ill-paid, and so are likely to create super-spreader events throughout the service economy, in daycare centers, and in nursing homes. It’s unlikely that testing and treatment will ever be free at the point of delivery, since that amounts to #MedicareForAll for this one disease, which a Biden administration would oppose on principle and because donors hate it. And we don’t want to give voters ideas. Obligatory caveat that I’d love to be wrong. (Slavitt, throughout this genuinely anguished thread, seems to assume everybody could get tested and treated if only they could take time off from work. That assumption is a little… blinkered.)

Amid pandemic, U.S. has seen 300,000 ‘excess deaths,’ with highest rates among people of color STAT

TEST AND FAKE Travellers using Photoshopped Covid test certificates to board flights as travel agents ‘sell negative results for £150′ The Sun (Re Silc).

“we can’t return to normal, because the normal that we had was precisely the problem.”

Wisconsin Republicans have been facing an outbreak among lawmakers and aides. But they don’t want to talk about it. Journal-Sentinel

What’s at stake? A short text on US elections Branko Milanovic, globalinequality

The press keeps depicting long lines to vote as some sort of victory. It’s not:

This is Brooklyn. Lines are double wrapped for 6 blocks. Literally thousands of people in line for a hand full of voting machines. This is the only early voting location for TENS OF THOUSANDS OF PEOPLE. This is disgusting. This is voter suppression. This is what we’re up against. pic.twitter.com/QxKQbf0IrR

In the homestretch, signs Trump’s hard-sell seniors pitch may be falling short NBC

Donald Trump Is No ‘Phony’ Populist The American Conservative. “[O]ne set of official figures that’s especially good at gauging the fortunes of Mr. Trump’s core supporters over time [is] the Labor Department’s quarterly County Employment and Wages series. The final 2019 figures are out, and reveal a striking pattern when matched with the list of counties that voted for Mr. Obama in both 2008 and 2012 and then flipped for Mr. Trump: Average annual private-sector pay in most of these flip counties rose faster during the first three years of the Trump administration than during the last three years of the Mr. Obama’s presidency.”

Long-standing claims of Biden corruption all but confirmed with Hunter’s emails NY Post.

Biden pushes back on Trump: ‘Crass’ to go after political rival’s children The HIll

"Joe Biden is not a socialist. He was a Senator from Delaware, he was my VP… I think people would know if he was a socialist by now."

Obama didn’t stand up Biden to enact Sanders’ agenda, or any part of it.

Debate: If this is the future of foreign policy, we’re in trouble Responsible Statecraft

With the Hunter Biden Expose, Suppression is a Bigger Scandal Than The Actual Story Matt Taibbi. For example:

I've had the chance to meet the exceptional young people behind these two accounts. Apparently the only rule they have broken is being Sandinista activists expressing opinions in a forum the US government seeks to dominate and control. https://t.co/aMj9tco0Is

I interviewed @anyaparampil about the socialist victory in Bolivia on Instagram live. When I tried to post it to Instagram after, I received a message that it’s restricted to “protect our community.” Protect them from what @instagram? pic.twitter.com/OUwSFH5Fn5

Some evidence free speech principles are becoming more partisan than they were a few years ago pic.twitter.com/SBJv6Kyxie

The code-breakers who led the rise of computing Nature. The headline is deceptive. The deck is better: “World wars, cold wars, cyberwars — marking a century of state surveillance at GCHQ.” The Five Eyes is mentioned only in the text.

Obama Couldn’t Fix the System. Biden Must. Sarada Peri, The Atlantic. I don’t know what the Obama’s former speechwriter is talking about; the system was totally fixed under Obama. I would like to believe that the Obama Alumni Association, together with its new allies from the Bush administration, will deliver the “hope and change” that Obama promised in a Biden administration, this time around. It would be nice if several enormous domestic gaslighting operations and incipient press censorship turned out to be needed only to get the liberal Democrats on base, and that they’ll round home with “Rooseveltian” reform. I have my doubts that a Biden administration will hit it out of the park; pop flies and damp squibs seem more likely than not. Self-reflection and learning from history seem not to command a premium in the liberal Democrat base, the professional managerial class. They have their minds on other, more important things.

America Is Trapped in a Pandemic Spiral Ed Yong, The Atlantic. Well worth a read.

Here are the requirements for my math midterm next week. You tell me if these instructions are easy to follow and don't make you nervous. pic.twitter.com/WnW0YSXmhr

Without a ‘Right to Garden’ Law, It May Be Illegal to Grow Your Own Food Civil Eats

Should animals have legal personality? FT 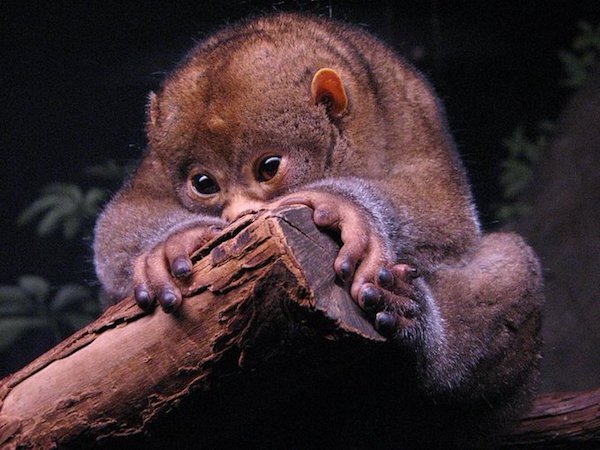