This is Naked Capitalism fundraising week. 1535 donors have already invested in our efforts to combat corruption and predatory conduct, particularly in the financial realm. Please join us and participate via our donation page, which shows how to give via check, credit card, debit card, or PayPal. Read about why we’re doing this fundraiser, what we’ve accomplished in the last year, and our current goal, more original reporting.

We have a video interview where we need a super easy video edit….snipping about a minute and a half at the end off. It was recorded in Zoom, so that will hopefully tell you what you need to know about the format.

Anyone who is game and has time free, please ping yves-at-nakedcapitalism-dot-com and put “Video editing” in the subject line.

50 States, 50 Cuisines: The Food Worth Traveling For in Every State Conde Nast Traveler

The virus slams into a broken Washington Politico

The last picture show: Cineworld to shut all 128 of its cinemas in the UK and Ireland as industry becomes ‘unviable’ following coronavirus cancellations – one day after new James Bond film was postponed until 2021 Daily Mail

‘Exhausted’ teachers warn they have no additional funding to handle Covid-19 Guardian. A UK friend reports to me via email that although kids are back in school, neither students nor teachers wear masks. NC has posted links IIRC about how children can spread the disease.

Survival of SARS-CoV-2 and influenza virus on the human skin: Importance of hand hygiene in COVID-19 Oxford Academic.

From the Abstract: “The stability of the severe acute respiratory syndrome coronavirus 2 (SARS-CoV-2) on human skin remains unknown, considering the hazards of viral exposure to humans. We generated a model that allows the safe reproduction of clinical studies on the application of pathogens to human skin and elucidated the stability of SARS-CoV-2 on the human skin.”

A history of secrecy when it comes to presidential illness FT

Top Eight Conspiracy Theories on Donald Trump Contracting COVID-19 The Wire. I post this not because I subscribe to the claims, but so readers can see how a reputable  international news source is covering the story.

Maggie Haberman on the Fallout from Trump’s Hospitalization New Yorker. As I tied to sort out the whet from the chaff over Trump’s infection, I was reminded of iconic screenwriter William Goldman’s comment on the film business – “Nobody knows anything.” That of course doesn’t stop the blizzard of speculation, no matter hpw tenuous its connections to hard facts.

The White House Is Spreading Virus and Lies New York. magazine Some classic pearl-clutching, which makes me recall another venerable phrase: The fog of war.

The Coronavirus and the Threat Within the White House New Yorker. The view from TDS central. David Remnick surrendered his title as journalist when he wrote that ridiculous hagiography of Trump’s predecessor; should we trust him here?

Little evidence that White House has offered contact tracing, guidance to hundreds potentially exposed WaPo. This may just be WaPo spin, but I think not, and it is unsurprising given how pathetic our contact tracing efforts have been.

Trump giving thanks from his sick room for all the wonderful things that have been said by “almost a bipartisan consensus of America” is weirdly sad… https://t.co/a4xW4cVfSF

Is The War Over Nagorno-Karabakh Already At A Stalemate? Moon of Alabama

WOULD A PRESIDENT BIDEN RESPOND TO THIS FEDERAL HOUSING EMERGENCY? Capital & Main

Little Rock Teachers Refuse to Teach In-Person – Virginia Municipal Workers Win Bargaining Rights – Payday Report. I have yet to ask my sister-the-teacher-of-several-decades her views. (But we typically don’t speak often.)

Would a Universal Basic Income Make Us Lazy or Creative? Bloomberg

Did Xi Just Save the World ? Foreign Policy. From last month and we may have linked to it before; nonetheless, in case you missed it.

Revealed: Key Assange prosecution witness is part of academic cluster which has received millions of pounds from UK and US militaries Declassified UK 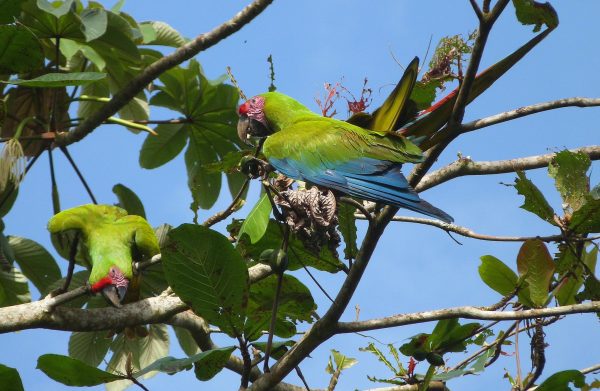