Yves here. I hate disagreeing with Tom, but this “prosecution of Trump” meme is way way overdone. Trump’s tax returns were already being audited, remember? No one has alleged criminal tax fraud. The suits invoking the Emoluments Clause that have been in stop and go mode over standing issue aren’t criminal cases. Russiagate was a two year damp squib. The New York prosecution efforts so far are all hot air and look like an effort to get at his tax returns….which as we’ve pointed out repeatedly, are not Rosetta stones.

New York developers sell real estate to seedy foreigners all the time. Look at the New York Times expose of the Time Warner Center building, developed by Steve Ross’ Related Companies. Unless Trump took cash, his real estate sales could not amount to money laundering. Banks are responsible for the “know your customer” and anti-money laundering checks. His casinos would be a more obvious place to look for money laundering, yet curiously the officials don’t seem to be looking there.

Reporting different valuations for different purposes is also not per se evidence of fraud. Go look at any large public company’s public financial. See the deferred tax items on the balance sheet? That’s because the tax books are different than the GAAP books. 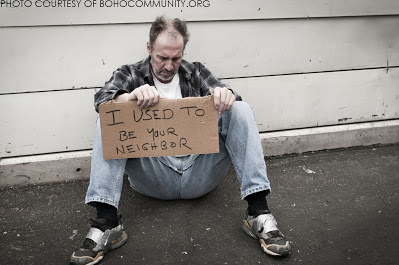 I’m working on a book-length project that includes a look at our soon-to-be post-Trump world. These are preliminary notes for that part of the project.

1. The World Without Trump won’t be a world without Trump. (For the exception, see below.)

Trump will not go away. He’ll persist as a pest that’s driven from the desk but not from the room he’s in. His most likely course of action is to go loudly into that good night, keep frothing and fomenting his base, selling his products and shtick, cashing his caché as former U.S. president, and roiling the Democrat-controlled government to the greatest extent he can.

Trump will be a thorn in the nation’s side — and a profit center for mainstream media — until he dies, at which point his state funeral will be something indeed to behold.

Trump will always be with us. I would not underestimate his effect. It will pull any Democratic government to the right for as long as his presence persists and the elite media promotes it.

Exception: The only way this won’t be true is if the Democratic Party cuts a no-prosecution deal with Trump that Democratic state attorneys general decide honor — in which case Trump will go tweetless for the rest of his life.

If the Democratic Party doesn’t cut a no-prosecution deal with Trump, yet no prosecutions emerge anyway because Democrats continue to be members of the “elites don’t prosecute elites” club, Trump is home free. As I wrote when George H.W. Bush died:

Those who run the world we merely inhabit have nothing but respect for each other. And why not? They may pick each other off from time to time (both Saddam Hussein and Moamar Khaddafi were once in high favor), but over the long haul, keeping each member of the ruling circle in a reverential spotlight keeps them all — keeps the circle itself — in reverence as well. Since the circle operates as a system, the system is honored each time its members, no matter how deadly, are honored. And the system sees that the system is always honored.

If this is true, Trump may continue to be hated (Trump hate is still the Democratic Party brand and the media’s cash cow), but he won’t be prosecuted, for the same reasons that arguable-mass-murderer George W. Bush, who turned Iraq into a slaughterhouse, was never impeached in office, never indicted for war crimes after leaving it, and was eventually reborn and embraced by Democratic elites as one of their own as soon as his sins were safely “misremembered.”

2. The regime of soft censorship that kept Biden’s reputation afloat during the 2020 general election will continue.

Matt Taibbi has been writing about this subject for a while. For example:

The flow of information in the United States has become so politicized — bottlenecked by an increasingly brazen union of corporate press and tech platforms — that it’s become impossible for American audiences to see news about certain topics absent thickets of propagandistic contextualizing. Try to look up anything about Burisma, Joe Biden, or Hunter Biden in English, and you’re likely to be shown a pile of “fact-checks” and explainers ahead of the raw information:

Other true information has been scrubbed or de-ranked, either by platforms or by a confederation of press outlets whose loyalty to the Democratic Party far now overshadows its obligations to inform.

Obviously, Fox is not much better, in terms of its willingness to report negative information about Trump and Republicans, but Fox doesn’t have the reach that this emerging partnership between mass media, law enforcement, and tech platforms does. That group’s reaction to the New York Post story is formalizing a decision to abandon the media’s old true/untrue standard for a different test that involves other, more politicized questions, like provenance and editorial intent.

The post-Trump media world will not, as I see it now, fundamentally alter the pattern it set in the soon-to-pass Never Trump era. Big tech platforms and media will continue to see that their loyalty to leaders of the Democratic Party trumps (to borrow a phrase) their obligation to inform the public. Having gone down the censorship road, what would cause them to turn back, especially if Trump, the expressed source of their concern, continues to bleat, media-enhanced, in the never-ending background?

The truth about Biden’s history is as “nuanced” and troubling as the truth about Trump’s. Having acquired the habit of burying it, why would they dig it back up?

I would not underestimate the effect of this one either. Obama was protected by being Obama. Biden has been protected by everyone unconnected to Fox News and right-wing media. I expect this to continue — the Biden untouchability effect, if you will — for quite some time.

3. The madness that inflicts both political parties — their use of popular anger around identity and cultural issues to deflect from economic issues — will continue.

Let’s not be confused: The nation desperately needs to have a discussion about identity and cultural issues. Our history of violence, physical and economic, against the (usually impoverished) “other” needs urgent addressing, or the country will simply come apart. But that conversation cannot come as a substitute for addressing the underlying structural economic conditions that maintain our impoverishment. The next Trump rides to power on that wave of silence, just as the last one did.

My cynical self believes that mainstream Democratic power brokers are far less committed to actual identity issues (”Hillary-only feminism” is a prime example; more here and here) than they are committed to keeping their donors happy and thus keeping structural changes off the table. An insincere or semi-sincere commitment to addressing the nation’s real identity and cultural problems serves that purpose perfectly.

The same problem exists on the Republican side. The nation doesneed a serious discussion about immigration policy. For example, should global corporations be allowed to use the H1B visa program to replace well-paid American workers with lower-wage, imported intellectual workers whose visa status often makes them indentured servants of the corporations that employ them?

Mainstream Republican power brokers, however, are using immigration, as well as other identity issues, to keep race-hate and social anger high among their voting base, thus distracting supporters from the party’s fealty to its donor base. This fealty leads to policies similar to the Democratic Party’s policies — both produce more wealth for the global elites who fund them and less wealth for supporters that keep each party in power.

“Free trade” is a perfect example of a policy with bipartisan elite support, yet is never voluntarily discussed by each party’s movers and shakers. It’s not by accident that only Bernie Sanders and Donald Trump made “free trade” a cornerstone of their 2016 campaigns.

4. As we’ve been promised, “nothing will fundamentally change.”

It’s possible that Biden will prove fundamentally different than his 40-plus-year history of corporate allegiance would imply, that Biden will transform himself and “meet the moment.” Some writers certainly think so, and many of my progressive friends have grown quite hopeful.

Yet as I wrote the last time we took a look ahead, “In none of these cases will much of anything change after the election, at least not once Covid has run most of its course. The need for a radical restructured economy will be waved away — by the corporate Republicans as too much ‘government interference’; by corporate Democrats, who control the post-Sanders Party, as ‘irresponsible’ and ‘unaffordable’ given the glut of spending on the virus crisis itself. … Trump, if president, will do what Trump will do, or something worse. The Democrat, if president, will do what the Party always does, serve its donors while trying to placate workers they’ve abandoned. In neither case will workers see relief.”

Will Biden part the wealthy from their wealth? I just don’t see how, even if he’s magically transformed, Biden becomes Sanders or the next FDR — or if he does, how the Party won’t simply block his every move. The Party spent the last 30 years frustrating and defeating progressives at every turn. If Biden becomes one — and though I’d love to see it, I think I’d be a fool to expect it — the Party will simply add him to the list of those whose policies they’ll die trying to defeat.

5. The rebellion against both parties’ corruption will continue as before — or as it would have done had the virus not taken its interrupting course. And as before, the soft censorship mentioned above will consign any real resistance to the crazy bin.

If past is prologue, resistance not grounded in Party-favored identity issues will be painted as eccentric, or worse, a danger to the republic — with all that implies about populist promises broken, billionaire bailouts purchased and passed, and the clash of the newly-desperate against the muscular force of state and judicial machines, all charged with keeping the “peace” at the expense of progress.

6. Finally, the non-electoral portion of the evening (to steal a linefrom My Favorite Year) — of our decade-long, confused revolt against those who know better than the people what the people really need — I think that will begin in earnest.

With Sanders gone, or self-exiled, as an “existential threat” to Party elites, there’s no one of his stature to take that place, which leaves the ravaged with no good choice at all. If they choose to act anyway, the corporate state will do what it will do, what entrenched power always does when faced with a rebellion — bring in the thugs, many of whom wear badges. At some point that may not be enough and the nation will break. At another point, it could be way too much and the nation will break again, but in a different way.

Thus the world without Trump begins to take shape. These are just first thoughts, and they only treat the opening part of the path we’re starting on. The rest of that path may be just as predictable, but it’s going to take some time and thought to discern it.