Udderly brilliant! Cows are fitted with woolly BRAS in the world’s coldest village as temperatures drop to -45C in Siberia Daily Mail

A Neutralizing Monoclonal Antibody for Hospitalized Patients with Covid-19 (PDF) NEJM. I don’t imagine that NEJM reads NC, but in any case, this is an improvement over the BNT162b2 debacle. “Protocol” on first mention: “The TICO platform protocol (available with the full text of this article at NEJM.org) governs the testing of multiple candidate therapies in a multigroup, multistage, double-blind design…” Now embed the entire URL so the reader doesn’t to poke through the entire NEJM site, and even better, make the link clickable. Best of all, include the Supplementary Materials section in the PDF. Bytes are cheap.

I’m A Scientist. I Can’t Even Get My Own Family And Friends To Follow COVID-19 Rules. HuffPo. This is a must-read. (The author also has Strategies for Disseminating and Implementing COVID‐19 Public Health Prevention Practices in Rural Areas Journal of Rural Health, back in April.)

‘Mom’s worth it’: US holiday travel surges despite outbreak AP (Re Silc). Re Silc: Also her estate!

Let’s put the straw man of pandemic denial out of his misery STAT. Important:

The obsession with denialism isn’t just inaccurate. It’s corrosive for at least three reasons. First, it needlessly alienates the interested public with false accusations. Second, by conflating reasonable dissent with unreasonable misinformation, it stifles debate, even about issues that genuinely warrant discussion. Third, the myth of denial deflects blame from the policy failures of politicians, who use it to claim they’ve done all they could, leaving only the denialists (and cheesecake eaters) to blame.

The Mysterious Link Between COVID-19 and Sleep The Atlantic (MV).

Pulse Oximeters May Be Less Accurate for Black People. Should You Use One? NYT

Coronavirus in Plumbing Systems Contractor (Chris). Hong Kong. Building codes are not the same as in the US.

Comparison of official COVID-19 death rates to those estimated by @FT from the number of excess deaths.

Some nations appear to have kept quite accurate death tolls, while others have had far more deaths than explained by their official tally.

A important thread on the excess death data has been provided by @FT data guru, @jburnmurdoch: https://t.co/vgPzkGACzB

It says everything about Hong Kong’s self-sufficient population that this is what happens when there’s only one tiny bench at the bus terminus.? pic.twitter.com/20HWMdrYSb

Finding community at a COVID-19 quarantine centre in Myanmar Reuters

‘This is all a facade’: Kashmiris vote in staged election FT

Democracy in Africa is in retreat FT

On cusp of Brexit trade deal, EU and UK haggle over fish Reuters. Fish like:

As of this writing….

With Biden’s New Threats, the Russia Discourse is More Reckless and Dangerous Than Ever Glenn Greenwald

Trump pardons Manafort, Stone and Charles Kushner in latest round The Hill

To the doubters, he says: "I’m going to be able to get stuff done in the environment none of you are going to believe,” he said, citing in particular changing views within the business community. “I could not have gotten it done six years ago.”

Where In The World Is Kamala Harris? David Sirota and Andrew Perez, The Daily Poster

Investigator: DNC Was “Directly Involved” In Iowa Caucus App Development, Countering DNC Denial The Intercept. “The DNC’s meddling, which included a last-minute demand that developers of the Shadow app create a special software that would allow the DNC real-time access to the raw numbers before they went public, didn’t sit well with [Sanders supporter James] Zogby.” That seems odd. Why would the DNC need that?

The Democratic Divide in New York State Ross Barkan, Political Currents. I don’t think Yang knows what he’s getting into.

The Fight for Medicare for All Must Log Off Aaron Thorpe, Space and Light

We should get rid of local policing. Ferguson shows why the system just doesn’t work. Sunil Dutta, WaPo. Dutta is a 17-year-veteran police officer in Los Angeles. 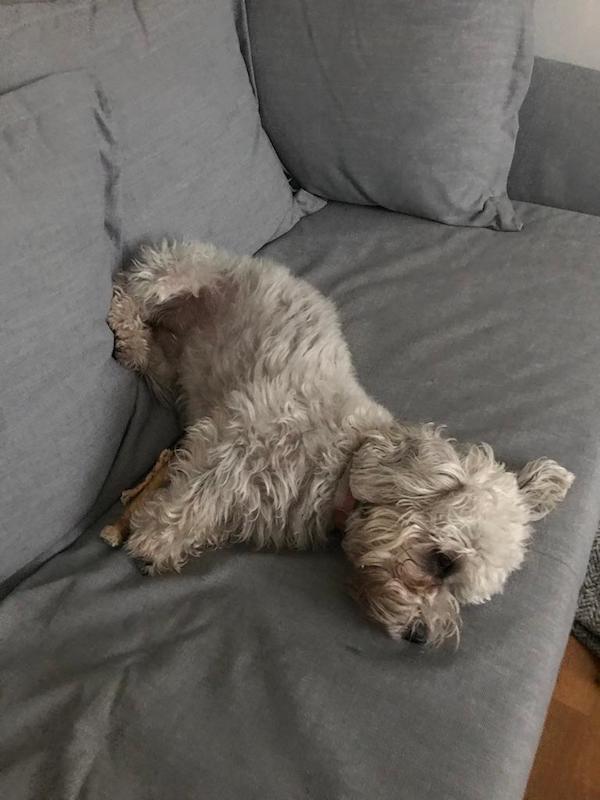 NotBerlin writes: “Here is Magee, our one year-old puppy. She is an official “real” breed…. a Dandie Dinmont Terrier. Sir Walter Scott tagged this breed in a novel of his :) My wife and I just love her, and she runs the show. End of story. She’s the sweetest girl on the planet.”