Your at best cranky blogger is even more short-tempered due to being under the weather. I am disproving the IM Doc claim that no one is getting any bugs save Covid. I have swollen glands, feel generally crappy (the way I do when I take meds that disagree with me) and am super cold (not chills, my hands and feet are palpably extremely cold despite the thermometer being set at 75). No Covid symptoms at all. Go figure.

As a result of my bad mood, I was extremely harsh with some readers yesterday that I excoriated in private when they questioned our/our lawyer’s reading on Section 230 as it applies to this site (the short version is we are a content provider and our “not a chat board” policy and conduct means we cannot take the position we are an “internet platform”). I separately think it is extremely irresponsible of the EFF to do what amounts to giving legal advice to bloggers by assuring them that they are protected by Section 230 when any analysis would have to be site-specific and there is no case law on this issue. The EFF’s recklessness is made worse by the fact that most bloggers would have difficulty raising the dough to mount a good defense if they were hit with a spiteful defamation suit.

Please do not discuss Section 230 further below; I will rip out any comments because otherwise I’d be tempted to get very testy, which is not called for. I’m just using this as an illustration of how I am in extreme “Don’t annoy me” mode. Hopefully I will feel better by next week.

Nutria: What You Should Know About the Invasive Rodent Tree Hugger (resilc). Um, nutria fur often used to line coats back in the days before fur policing.

Solar power got cheap. So why aren’t we using it more? Popular Science (resilc). What about “switching costs” don’t you understand? As well as “What about not having enough reliable sunlight some/a lot of the year?”

EU could block millions of Covid vaccine doses from entering UK Guardian. Vaccine hoarding due to drug-makers trying to favor higher-priced orders. Don’t mess with someone who regulates you.

Coronavirus variants: What they do and how worried you should be ars technica (David L)

Novavax says its Covid-19 vaccine is 90% effective, but far less so against one variant STAT

German officials say AstraZeneca vaccine shouldn’t be given to over-65s, citing lack of data CNN. Hasn’t stopped the US with the Pfizer and Moderna vaccines with pregnant and breastfeeding women.

COVID REPLAPSE—New study finds the #SARSCoV2 may remain in people’s brains after infection and trigger relapses in patients who thought they had recovered. This could explain why patients who appear to be over #COVID19 sometimes relapse. ?https://t.co/BJusiwXoma pic.twitter.com/LhZWEZisdw

A big hurdle for older Americans trying to get vaccinated: Using the internet Vox (resilc). I find this sort of piece deeply offensive. One, in Alabama, the only way to get an appointment on the Internet is on the phone. Two, the reason it’s hard in many place to get an appointment has NOTHING TO DO with older people’s internet skills, it’s totally shitty interfaces and no appointments. But of course, the problem has to be the stupid users.

Progressives push Biden for recurring stimulus checks Politico (resilc). It only occurred to them now that real people need money on a regular basis?

More than one-third of the $122 billion of U.K. government loans made to help businesses through the pandemic will never be repaid, the National Audit Office says https://t.co/IcC54Lbnnp

Brexit: little local difficulties Richard North. A steady drip-drip-drip of stories like these.

Air Force New Fighter Jet: Secret 6th Generation Fighter Details Esquire (UserFriendly). So a new bright shiny expensive military plane toy to distract attention to all the money thrown at the flying turkey known as the F-35? Actually that is not fair to turkeys, since I have seen wild ones fly (well, glide).

Capitol Police Can Sue the Stop the Steal Mob, Giuliani, and Even Trump Himself Slate

Managed to miss this when it first appeared, but in case you harbored any doubts as to who is in charge:

Today, I made clear that if Democrats ever attack the key Senate rules, it would drain the consent and comity out of the institution. A scorched-earth Senate would hardly be able to function. It wouldn’t be a progressive’s dream. It would be a nightmare.

Some of the issues leading to this outburst here (as in what the end of the filibuster might be used to accomplish) Democrats Introduce Senate Bill To Make D.C. The 51st State Jonathan Turley. Note the Biden commission on Supreme Court changes is pure eyewash. A study is a way to pretend to do something and not do anything. On that matter, Biden is just trying to ground out the crowd pushing to expand the Supreme Court rather than tell them “no”.

Google propagandizing users in Australia (note I get the same first result in the US without the Google spam). From Kevin W: 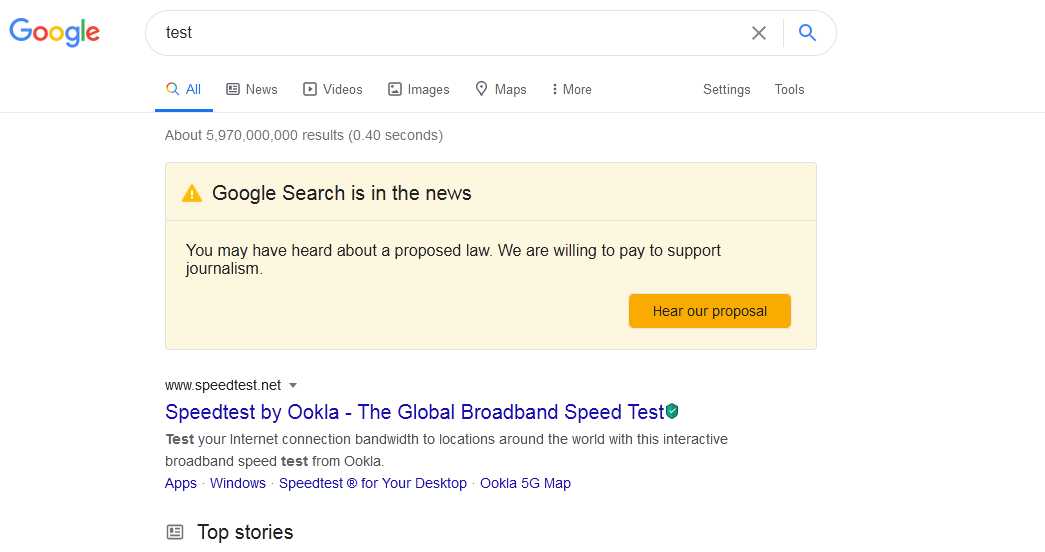 Lawmakers rip Robinhood’s decision on GameStop The Hill. No one here asking if Robinhood was adequately capitalized. Help me.

Oh wait, after I wrote the above, someone is on that case: Robinhood App Is Said to Draw on Credit Lines From Banks Amid Stock Market Chaos Bloomberg

Jordan Belfort: Robinhood shutting down GameStop activity because massive liability CNN (furzy). Note Belfort implies that the fault here was Robinhood not shutting down the trading earlier if they had reason to believe there was collusion.

Separately, dunno why no one has gone after Robinhood. Their revenues come primarily from Citadel paying for their order flow. But per Fox, Citadel say it has a firewall. Hopefully with all of this official brouhaha someone will probe the veracity of this claim. But likely not, Bernanke is on Citadel’s payroll:

Citadel LLC and the market maker Citadel Securities have a firewall between them, the latter does not know the positions of the former. Citadel Execution Services, part of the market-making business saw the most order flow from Robinhood during the third quarter.

Angry Hedge Fund Billionaire Is Mad at GameStop Redditors for “Attacking Wealthy People” Vanity Fair (furzy). Leon Cooperman has long been the poster child billionaire giving billionaires a bad name (as if that’s hard to do).

This is simultaneously revealing and silly. All the day-trader-y types despise Robinhood, so it’s not as if a good or bad Google rating will make any difference. But this does confirm a pet theory of a friend, that “reputation defender” firms have some sort of pay to play relationship with Google that has managed to stay secret:

Jesus Christ they really are going all in to reveal the extent of the cabal that runs this country and rigs the rules https://t.co/w0tSQypp9Z

Antidote du jour. I am pretty sure I ran this antidote from Chuck C over two years ago, but I like the ferocity: 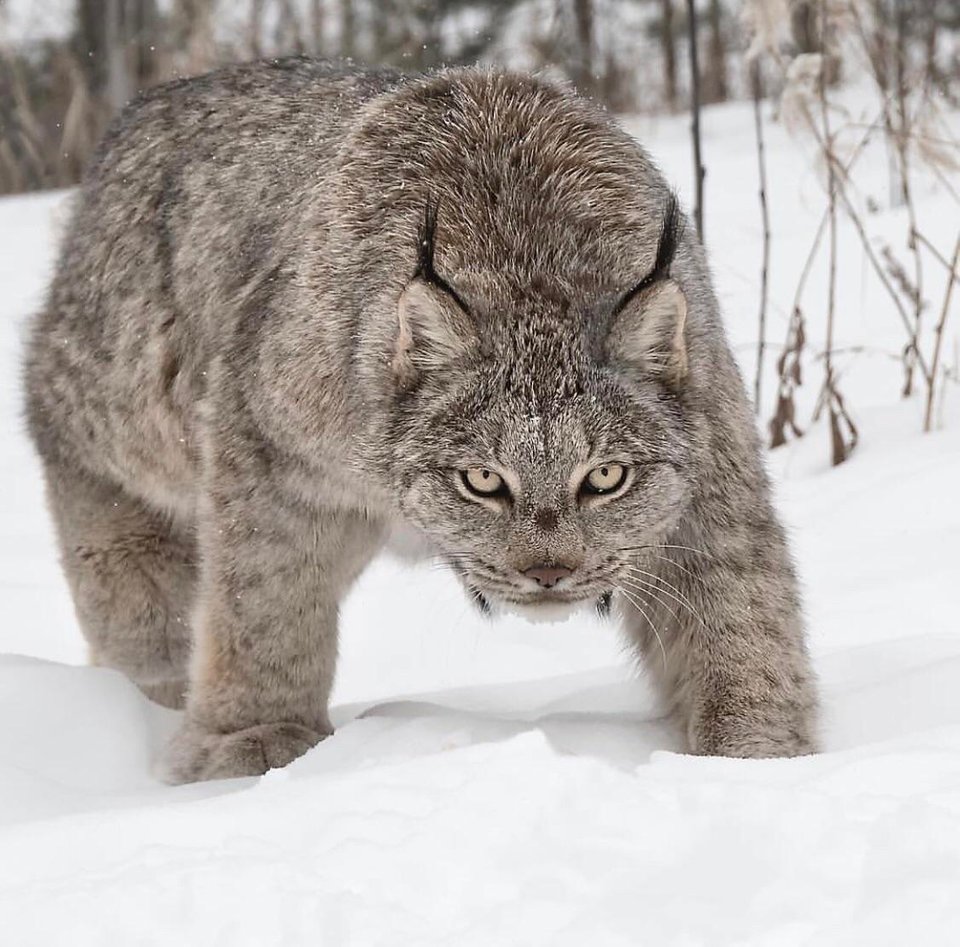 And a bonus (Kevin W). I love the way the cat looks back at the person with the camera, as if saying, “Aren’t you going to do something?”