Yves here. Gitmo was and is proof that America’s claims that it stands for democracy and due process are hot air. So much of what happened there, most of all the routinized torture, remains shrouded in secrecy that the bits that come out deserve special attention.

It’s probably a naive hope, but perhaps the release of the movie The Mauritanian will help secure the releases of the remaining Gitmo detainees.

By Lisa Hajjar, Professor of Sociology, University of California Santa Barbara. Originally published at The Conversation

“The Mauritanian,” directed by Kevin Macdonald, is the first feature film to dramatize how the war on terror became a war in court.

As a sociologist of law and a journalist, I have spent the past two decades researching and writing about the kinds of legal battles the film accurately portrays. My research has included 13 trips to observe military commission trials at the U.S. Navy base at Guantanamo Bay, Cuba.

Hollander is, in real life, among the hundreds of lawyers I interviewed for my forthcoming book, “The War in Court: The Inside Story of the Fight against Torture in the War on Terror,” from the University of California Press. This book traces the work of lawyers who fought the U.S. government over the post-9/11 torture program and how, against the odds, they won a few key battles and changed the way the United States waged the war on terror.

In November 2001, after the events of Sept. 11, President George W. Bush’s administration issued an order creating a process by which people suspected of ties to terrorism would be detained and held, and potentially tried. This would not be the customary process, where they’d be tried in federal court, but instead before a new military commission system.

In December, the Guantanamo naval base was designated the main site for long-term detention and interrogation of men suspected of having ties to terrorism. Prisoners captured in Afghanistan and elsewhere began arriving there on Jan. 11, 2002.

Guantanamo was selected because it was under full control of the military and relatively close to the mainland, but outside the U.S. and therefore beyond the reach of American courts – or so the Bush administration assumed.

The idea was that if the detainees were not on U.S. soil, they would have no legal right to seek a judge’s order of habeas corpus. That principle is a centuries-old protection against unlawful imprisonment and a cornerstone of the rule of law. It allows a prisoner to claim he is being unlawfully held captive, and to require the government to prove to a judge that there is reason to continue to hold him.

Nearly everything about the detainees was deemed classified, including their names and the very fact that they were in U.S. custody. In February 2002, though, the Center for Constitutional Rights, a left-leaning legal organization, teamed up with two death-penalty lawyers, Joseph Margulies and Clive Stafford Smith, to file a habeas petition in federal court on behalf of several detainees who were known to be in Guantanamo.

That lawsuit demanded the U.S. government explain why it was holding those men. It was the opening shot of what would become a war in court. In June 2004, the Supreme Court ruled that Guantanamo prisoners did, in fact, have habeas rights.

That same month saw the publication of Justice Department memorandums and Pentagon policy directives exposing the fact that torture of terror suspects, including Guantanamo detainees, had been authorized by the White House. Together, the ruling and the documents, which became known as the “torture memos,” galvanized lawyers to volunteer to represent Guantanamo detainees. Their work involved searching for information to challenge the government’s basis for detaining their clients – including evidence that they were tortured in custody. 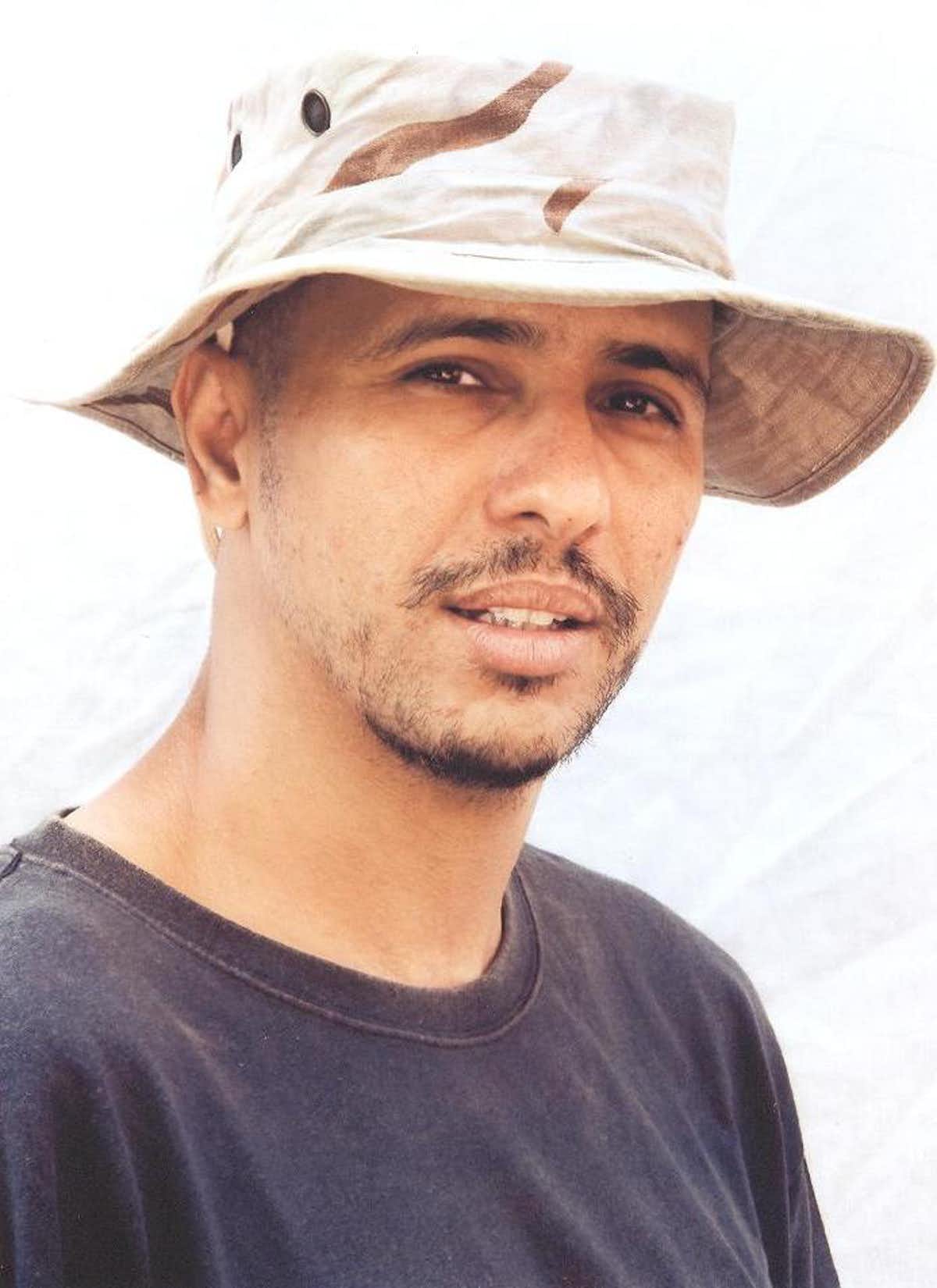 Mohammedou Ould Slahi, held without charge at Guantanamo Bay for 14 years. International Committee of the Red Cross via Wikimedia Commons

When that Supreme Court ruling came down, Slahi was one of the most “valuable” detainees at Guantanamo. He had been arrested in Mauritania in November 2001, at the request of the U.S. government, on suspicion that he had recruited Marwan al-Shehhi, one of the hijackers of United Flight 175, the second of two airplanes to hit the World Trade Center in New York City on 9/11.

Slahi was handed off to the CIA and then sent to Jordan, where he was brutally interrogated for seven months by Jordanian authorities in the service of global U.S. investigation into 9/11. In July 2002, the CIA sent him to the Bagram prison in Afghanistan before sending him to Guantanamo the following month.

Slahi’s case was one of the first slated for prosecution under the military commission system, which let prosecutors use evidence that would never be allowed in U.S. courts, including coerced confessions and hearsay.

Couch, the prosecutor, was personally tied to Slahi’s case because he was a close friend of the pilot on the plane that al-Shehhi had hijacked. He was told that Slahi had confessed to everything he was accused of. Couch insisted on seeing the evidence himself.

When attorney Hollander met Slahi in 2005, she knew very little about him or his case, and had only a short window of opportunity to persuade him to sign a paper authorizing her to represent him. Her meeting, like other detainees’ talks with their lawyers, took place in the same rooms in Guantanamo where prisoners were interrogated, replete with monitoring devices.

Slahi, who had taught himself English while in detention, accepted Hollander’s help and began writing her long letters explaining what had happened to him – but as the film’s audience learns, not everything.

Hollander, even as Slahi’s lawyer, had to fight the government to get his case files, which at one time included more than 20,000 pages that were almost completely blacked out to hide information that had been classified, including details of Slahi’s detention and the circumstances of his confessions.

The movie’s climax comes when both attorneys – prosecuting and defending – get their long-sought documents. The pages reveal the big secret about Slahi’s case: He was brutally tortured on direct orders from Defense Secretary Donald Rumsfeld.

All Guantanamo detainees were subjected to abuse, humiliation and harassment as part of their interrogations. But Slahi was also subjected to 70 days of what the government called “special measures” – which included a mock execution in which he was taken out to sea in a boat and threatened with drowning.

His captors also constructed an elaborate deception that his beloved mother had been arrested and was on her way to Guantanamo where she would be raped by other detainees. Only after those experiences did Slahi begin to “confess” to every accusation laid against him.

Hollander knew the government would not want to make public the evidence that his alleged confessions were coerced through torture, and pushed harder for Slahi’s release. Part of that effort included publishing Slahi’s letters as a book, “Guantanamo Diary,” which became a best-seller.

Couch decided not to prosecute Slahi because the confessions wouldn’t pass legal muster. Accused by the chief prosecutor of being a traitor, Couch was one of several military lawyers who quit the military commissions for ethical reasons.

In 2010, Hollander’s fight paid off – or so it seemed – when a federal judge ordered Slahi’s release. But the Obama administration appealed, and it would be another six years before Slahi was allowed to return home to Mauritania. He spent a total of 14 years in U.S. military custody without facing a single criminal charge.

The movie has a happy ending, with scenes of the real Mohamedou Slahi home in Mauritania smiling as he reviews translations of his book into many languages – and with photos of him and one of the guards, who had befriended him, visiting in Mauritania.

But there is no happy ending at Guantanamo, which remains open. Of the 779 men and boys ever held there, 40 prisoners remain – including six who, like Slahi, were cleared for release years ago.