Lambert here: Yves asks me to say that if you don’t see a second CalPERS post, it’s coming. She had a power failure, due to thunderstorms (!).

The Revolt Against the 30% Mafia Moe Tkacik, Marker

And the technical catch:

THAT file refers to the actual media you just "bought". Which in this case is hosted via a @cloudinary CDN, served by Nifty's servers again.

So if Nifty goes bust, your token is now worthless. It refers to nothing. This can't be changed.

"But you said some use IPFS!"

So I guess we’ll be seeing a market in “NFT insurance” any day.

School reopening without robust COVID-19 mitigation risks accelerating the pandemic The Lancet. While I have questioned the fungibility of data sans epidemiology across national borders, I do note that Lancet recommends the following:

In its school re-opening guidelines, CDC emphatically makes no recommendations on ventilation whatever. Commentary on the article in this thread:

An update on evidence on childhood transmission now that schools have opened in England, and have been open in Scotland for >2 wks – the biased narratives that have led us here, & a summary of these biases, recent evidence, and what this means for the near term in the UK.

COVID-19 has closed a Philly school that just reopened for in-person learning Inquirer. Nobody could have predicted….

Racial Gaps in Vaccine Willingness Are Narrowing, but Partisan Ones Persist Morning Consult

How to Build a Better Homemade Face Mask, According to Science Smithsonian. Citizen science!

Crying wolf in time of Corona: the strange case of ivermectin and hydroxychloroquine. Is the fear of failure withholding potential life-saving treatment from clinical use? Signae Vitae. Peer-reviewed and indexed, albeit Croation.

A day of tragedy and terror in Hlaing Tharyar Frontier Myanmar. Still going:

In Myanmar’s Yangon, Scenes Reminiscent of a War Zone

The carnival-like atmosphere of the early protests has given way to fear and death; some residents are making DIY weapons, and police hunt and kill people at will. https://t.co/TUA5BlMXFG#WhatIsHappeningInMyanmar pic.twitter.com/YSKRmuJLUR

The military’s war on journalists Frontier Myanmar. Along with Internet and mobile shutdowns:

Confirmed: Fixed-line/wifi internet has been shut down in #Myanmar for the 32nd consecutive night from 1 am local time, while mobile data has been disabled for three days, producing a vacuum of information as the people fight for their country's future.

Myanmar coup: What protesters can learn from the ‘1988 generation’ BBC

Night life in the darkness of White Town People’s Archive of Rural India.

Biden on US meeting looming Afghanistan withdrawal deadline: ‘Could happen, but it is tough’ CNN. Meanwhile, a lovely example of a self-licking ice cream cone:

VIDEO: Dozens of women widowed by the Afghan war have been given a lifeline by the army, stitching military uniforms indistinguishable from the ones their husbands died in pic.twitter.com/VmGe0I2mT1

‘I Have No Money for Food’: Among the Young, Hunger Is Rising NYT

Treasury and IRS extend filing and payment deadline to May 17 U.S. Department of the Treasury

Power Up: Only roughly a fifth of Senate Democrats are committed to totally scrapping the filibuster WaPo

Surge in Migrants Defies Easy or Quick Solutions for Biden NYT. But the babies! In cages!

Rip Up the Unemployment System and Start Again The New Republic

US Intelligence Cartel: All The Governments We Hate Interfered In Our Election Caitlin Johnstone

Journalists, Illustrating How They Operate, Yesterday Spread a Significant Lie All Over Twitter Glenn Greenwald

Tesla reportedly had 450 cases of coronavirus at its California plant after reopening last May The Verge. Twitter thread from the source that actually broke the story:

Excellent lying skills. The Department very well knows that the factory was operational in March and April in violation of the multi-county-wide shutdown order. pic.twitter.com/PDMkwkYrBV

Wagnermania The Baffler. “Russian revolutionary Mikhail Bakunin [was] later cited by George Bernard Shaw as the model for Siegfried, anarchic Übermensch of the Ring cycle” (!!!!). “Dumb as a tenor” certainly isn’t the first opera cliché I’d apply to Bakunin! 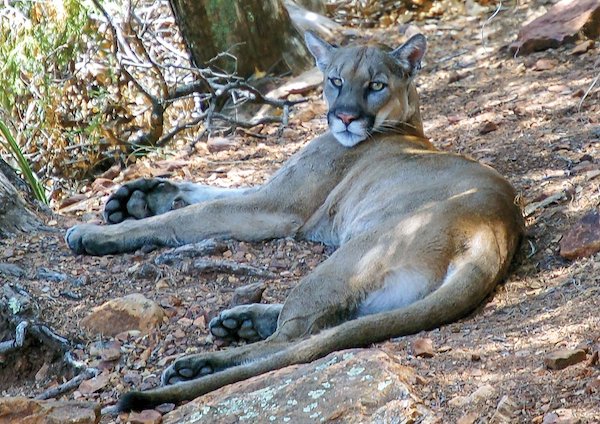 My cat staring down a blue tit on the bird feeder while playing her own Alfred Hitchcock-style theme tune of suspense is probably the best thing I’ve seen all year… 🎹 🔈 pic.twitter.com/wTMW7stVMv