How will we know if the Covid pandemic is really over? And how will we feel when it is? NBC

What will travel look like when the pandemic is over? CNN

Has COVID peaked? Maybe, but it’s too soon to be sure Nature

Rich Countries Signed Away a Chance to Vaccinate the World NYT. It turns out, however, that the United States government owns a key patent.

4/ My greater concern w/ 3 ft distancing is that it leads to potential for higher occupancy of classrooms. This is good for getting kids back in school, but remains a significant concern if we miss the need to EFFECTIVELY address shared air.

Obviously, the 3-foot distance flip-flop has nothing to do with science, but with cramming more students into any given room. This will not only increase the concentration of aerosols in the room as a whole (more kids, more breathing) but means the kids are closer together (hence more likely to “share air”). If I were a oarent in the United States, I’d be pounding my head on my desk right now.

How the U.S. Pandemic Response Went Wrong—and What Went Right—during a Year of COVID Scientific American. March 11 again. Tales for granted that WHO, which has gotten so much wrong, from air travel restrictions to masking to aerosols, should be tasked with setting “our” anniversary date for Covid.

Determined not to be silenced, demonstrators in Myanmar find new ways to protest and avoid being killed by junta forces https://t.co/ektxV3TonT

Rubies and Rights and Responsibilities – Myanmar as a Prism International Development Economics Associates. And speaking of rubies:

Military terrorists attacked the protesters in Mogok with tear gas & rubber bullets today and arrested over 20 protesters.
Mogok is known as Valley of Rubies in Myanmar.#WhatsHappeningInMyanmar#Mar11Coup #WeNeedR2PInMyanmar pic.twitter.com/NigsFm6CuF

A Strategic Blunder of Historic Proportions Dan Rather, Steady

Cool kids still pretending nobody was skeptical of Iraq WMDs:

2. It's true *no one with a big platform* claimed Iraq had nothing.

IIRC — which must be, because link rot — in my earliest years as a blogger, 2002-2003, I played whack-a-mole with various clearly delusional WMD stories — yellowcake uranium, aluminum tubes, mobile bioweapons labs, and many more — which popped up in sequence in the press, almost as if they were being planted (as indeed they were, as we learned later, by Bush’s White House Iraq Group). Anybody who read the reporting with a critical eye would have been able to tell that the WMDs stories were bullshit. That’s why they kept changing! It’s shocking that there’s even discussion on this point. Of course, the Bush propaganda apparatus was simple and crude compared to what we have today. And George W. Bush gave Michelle candy.

On 10th Anniversary of the U.S.-NATO Attack on Libya: Powerful Perpetrators Have Yet To Face Justice Covert Action Magazine

Our cold, two-front war The Scrum

Project Veritas Wins Victory Against New York Times In Defamation Action Jonathan Turley. The unspeakable in pursuit of the uneatable….

Shifting attention to accuracy can reduce misinformation online Nature. “Our results challenge the popular claim that people value partisanship over accuracy, and provide evidence for scalable attention-based interventions that social media platforms could easily implement to counter misinformation online.” Certainly it would be better to do this than appoint a Reality Czar.

Yves’ work with public records access is one of the few things that keeps CalPERS as honest as it is.

Financial Toxicity and Survival of Patients With Cancer MedScape (original).

Fascism and Analogies — British and American, Past and Present Los Angeles Review of Books

Already showered with awards & media adulation, Dr. Fauci scores a new honor: Children’s book proclaiming him ‘AMERICA’S DOCTOR’ RT (KW). Yves: “I might have to claw out my eyeballs….” Joseph Goebbels was weak, a mere patzer.

An outsider’s eye, an instant camera and America seen anew AP. Interesting project, but I’m not so sure there’s more here than exotic locals. Photographer Maye-E Wong “drove the backroads during the run-up to the 2020 election” as part of an AP team, documenting the sights with an Instax camera as a personal project. Wong visits desolate Cairo, IL: 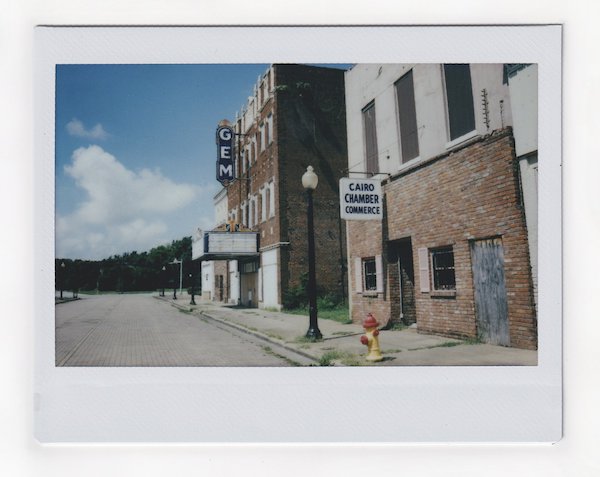 Here is the same site (note the “Chamber of Commerce” sign) from Chris Arnade’s Dignity (thread): 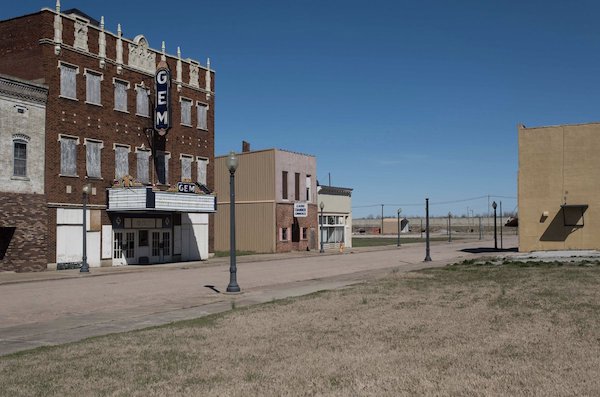 Aesthetics aside, Arnade’s composition highlights something that Wong’s does not: That stupid line of old time-style lamp-posts (one decapitated) was installed (by that same Chamber of Commerce?) as part of a scheme to rescue Cairo by attracting “creative class” professionals, back when that was a thing. IIRC, there were bike-paths, too. Sometimes the kind of outsider you are matters, too.

Scientists want to build a doomsday vault on the moon CNN. Can we lock Elon Musk inside? 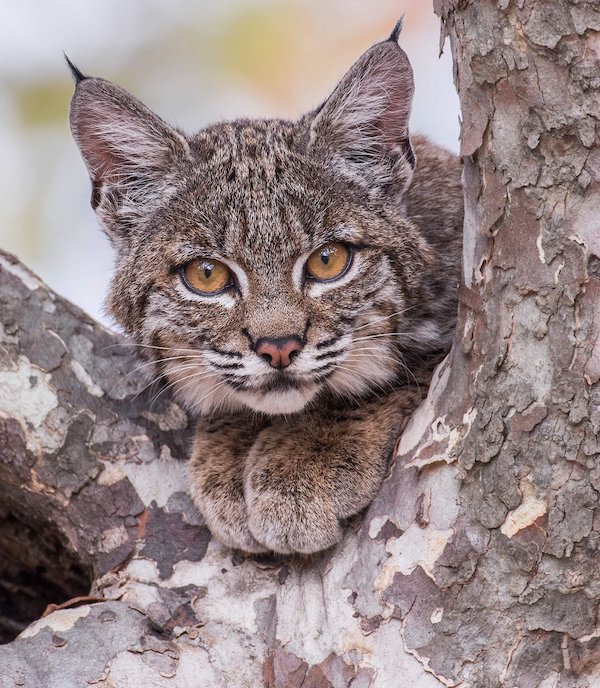 This bobcat is not bright.

I cannot overstate how not bright he is.

An apex predator in his natural ecosystem, meant to patrol a range of multiple square miles and terrorize smaller wildlife, in captivity he has taken up sunbathing and eating vegetables. pic.twitter.com/s8NZZlBy2P