Get ready for Brood X: The once-every-17-years cicada swarm is coming NBC

Suez Canal remains blocked despite efforts to refloat grounded Ever Given Lloyd’s List. A poem:

Forgive me
it was so big
and hard to steer

How to Dislodge a 200,000-Ton Ship From a Canal Wall Bloomberg. “You’re gonna need a smaller boat.”

US banks have by far the largest outstanding volume of fossil fuel loans. https://t.co/MjuM10Km8l pic.twitter.com/5rZ4CQ7xRT

Experts wonder why younger people seem to be getting sicker with COVID Montreal Gazette. Variants in Canada:

The PH director of Bas-Saint-Laurent Dr Leduc explains that the household attack rates they’re seeing with variant cases are now essentially 100%. So letting covid circulate among kids/teens necessarily means letting it circulate among their parents.https://t.co/5ODxdmFAT3

Why Uruguay’s Schoolchildren Are Doing So Well in the Pandemic Der Spiegel (Re Silc).

Thread is pointing out that, apparently, NYC is planning to end remote work but won’t require masks indoors if people can be six feet apart. It’s been a year and the key role of aerosols hasn’t sunk in. Among the biggest pandemic failures. https://t.co/oxBQmc1te7

Rigid rules that are also ever-changing, with seemingly no motivation, but forceful demands for compliance (rather like eligibility requirements, come to think of it). No wonder the public health establishment has a public relations problem.

SARS-CoV-2 and the role of airborne transmission: a systematic review [version 1; peer review: awaiting peer review] Carl Heneghan, et al., F1000Research. From the Conclusion: “SARS-CoV-2 RNA is detected intermittently in the air in various settings. Standardized guidelines for conducting and reporting research on airborne transmission are needed. The lack of recoverable viral culture samples of SARS-CoV-2 prevents firm conclusions over airborne transmission.” Heneghan is a heavy hitter, so this review of the literature will surely generate some controversy. However, I remember linking to studies of “recoverable viral culture samples” in airborne hospital settings not once (for RNA) but twice (for DNA with infectiousness shown). I don’t have time to dig the links out, very unfortunately; perhaps later today. But I’m not certain how “systematic” this review really is.

Ventilation procedures to minimize the airborne transmission of viruses at schools (PDF) medRxiv. From the Abstract: “[T]here remains significant uncertainty surrounding exactly what ventilation rates 26 are required, and how to best achieve these targets with limited time and resources. This paper uses a mass balance approach to quantify the ability of both mechanical ventilation and ad-hoc airing procedures to mitigate airborne transmission risk in the classroom environment. For naturally ventilated classrooms, we propose a novel feedback control strategy using CO2 concentrations to continuously monitor and adjust the airing procedure. Our case studies show how such procedures can be applied in the real world to support the reopening of schools during the pandemic. Our results also show the inadequacy of relying on absolute CO2 concentration thresholds as the sole indicator of airborne transmission risk.”

Doctor, How Long Should I Isolate? NEJM

[A]ir quality experts say, the best solutions come down to basics: adding more outdoor air, buying portable HEPA filters and installing MERV 13 filters within heating systems. But school boards are often lured by aggressive claims of 99.9% efficiency — based on a test of a filter inside a small cabinet and not a classroom. “Every dollar you use for this equipment is a dollar you remove from doing the right solution,” Zaatari said.

I sure hope “lured” doesn’t imply “lured with a steak dinner.”

‘I would like to apologise unreservedly’: Moncef Slaoui offers his ‘deep regrets’ over the sexual harassment charge that led to his ouster at Galvani Endpoints News

Easing pandemic marks return to gun violence The Hill. This is America, man.

Asian America after the Atlanta Shooting Ask a Korean! More:

If you don't know what I mean by "Fancy Asians", here is the brilliant Ally Wong who knocks it out of the park. https://t.co/QrtFCwxj4J

Yes, Blame Christian Fundamentalism for the Atlanta Murders The Intercept

Mandalay, Myanmar’s second-largest city, was silent on Mar. 24 as protesters kept off the streets as part of a nationwide silent strike. (Photo: CJ)
#WhatsHappeningInMyanmar#SilentStrike pic.twitter.com/VFHHcQJH62

Son of slain Afghan commander Massoud warns of ‘civil war’ if US troops leave hastily France24. As opposed to?

STEPHEN GLOVER: Yes, his ‘greed’ remark was clumsy. But Boris Johnson was right to say capitalism won the vaccine war Daily Mail. China (and Vietnam) would like a word.

Politics at the BBC: a who’s who of the establishment Socialist Appeal. From 2019, still germane.

Why Russia Is the Problem From Hell Robert Kaplan, The National Interest

Trump Got China All Wrong. Now Biden Is Too. Foreign Policy

About 7 in 10 Voters Favor a Public Health Insurance Option. Medicare for All Remains Polarizing Morning Consult

Bush/Obama Ed Reform: It All Came Tumbling Down Education Realist

Columbia University offering graduation ceremonies based on race, ethnicity, income status USA Today (KW). Hilariously, one must be either of a given race or working class to join one of these separate but, one assumes, equal ceremonies.

I Am Not Ready to Reenter White Society Elie Mystal, The Nation

Amazon workers leading a historic push for unionization in Alabama describe midnight ‘education’ meetings, an unexpected mailbox, and streams of anti-union flyers as they go up against one of the world’s most powerful companies Business Insider

Dispatch from the Ground: Birmingham Goes All Out for Amazon Union Left Voice

Colectivo Could Soon Become the Largest Unionized Coffee Chain in the U.S. In These Times

Letter from LA: The homeless are internal refugees — victims on the run from neoliberalism Yasha Levine, Immigrants as a Weapon

Castes of Mind The Baffler. Review of Isabel Wilkerson’s Caste: The Origins of our Discontents. 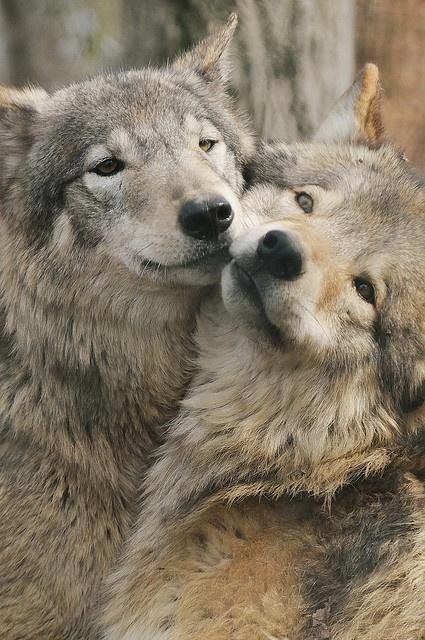 One of the skills Inuit learned was understanding footprints of different animals we hunted. Below is a wolf track that was a day old.
Other animals we track are: Polar Bears, foxes, porcupine, lynx and caribou.

One of the few Inuk accounts on the Twitter.