This rabbit walks on its ‘hands.’ Scientists think they’ve found the genetic reason why (video) Science. It does!

The Big, Stuck Boat Is Glorious The Atlantic

Many kindergarten through grade 12 (K–12) schools offering in-person learning have adopted strategies to limit the spread of SARS-CoV-2, the virus that causes COVID-19 (1). These measures include mandating use of face masks, physical distancing in classrooms, increasing ventilation with outdoor air, identification of close contacts,* and following CDC isolation and quarantine guidance

Modifications to increase ventilation to prevent COVID-19 were reported by 98% of schools: 91% opened windows or doors, 87% used fans, 93% decreased occupancy in spaces where ventilation with outdoor air could not be increased, and 5% replaced or updated heating, ventilation, and air conditioning systems.

CDC’s own scientists keep showing ventilation is essential. When will the CDC’s sclerotic policy-making process emit revised school re-opening guidelines to replace the current, lethal ones?

Assessment of protection against reinfection with SARS-CoV-2 among 4 million PCR-tested individuals in Denmark in 2020: a population-level observational study The Lancet. From the Conclusion: “[N]atural protection, especially among older people, cannot be relied on.” But–

U.S. COVID response could have avoided hundreds of thousands of deaths: research Reuters

Want a vaccination appointment? It helps to know a Python programmer NBC. “[A] boutique online community [has] sprung up in recent months in which programmers come up with ways to give their friends and families an edge in getting vaccination appointments. Github, a website that serves as a repository for programmers to share their code, hosts dozens of uploaded scripts meant to help people secure vaccine slots.”

Remote management of covid-19 using home pulse oximetry and virtual ward support British Medical Journal. “Pulse oximeters do not save lives, good clinical care does. There is a world of difference between the patient who is given a pulse oximeter and symptom diary and told to contact the health service if they deteriorate and the patient who is given the same equipment, shown how to use it, and who then receives regular calls from a healthcare professional.”

There Will Not Be a New Cold War Foreign Affairs

Despite international pressure, Myanmar’s ruling junta continues to crush dissent France24. With shots to the head:

Nearly 90% of people killed by Myanmar junta forces since the coup have been shot dead and more than a quarter shot in the head – raising suspicions of intentional targeting. Grim graphic by @walone4 and @AditiHBhandari that draws on @aapp_burma data. #WhatsHappeningInMyanmar pic.twitter.com/eB4KS9hm8P

Scornfully abusive, disrespectful. The wreath placed by US embassy Yangon honoring Myanmar protestors who have lost their lives, at the spot of one young protestor was killed, was taken away by junta’s secutiry forces a moment later this morning. #WhatsHappeningInMyanmar pic.twitter.com/HKs110A86m

The Olympics Are On! But Why? NYT

Israel elections: Netanyahu has to marry strange bedfellows if he wants to form a government Middle East Eye

Resist the “Goldilocks” option and get out of Afghanistan Responsible Statecraft (Re Silc).

Has Britain learned from its failures in Afghanistan? The Spectator (Colonel Smithers).

Covid: What’s the problem with the EU vaccine rollout? BBC

EU and US similar, but split on China, Merkel says Deutche Welle

Biden meets the press and the pandemic disappears Politico. The World’s Greatest Troll™ called his shot, didn’t he? “By the way, on November 4, you won’t hear about it anymore.” Unfair, because Biden de-lowballed his vaccination estimate, but still.

Biden May Be the Most Pro-Labor President Ever; That May Not Save Unions NYT

Bellingcaught: Who is the mysterious author of Bellingcat’s attacks on OPCW whistleblower? Aaron Maté, The Grayzone (Furzy Mouse).

In the interest of informing the public and being fully transparent as a way to inform other editors, this is the internal memo I received from the @AP (4 tweets to follow).

Subject: From the Standards Center: A note about the current increase in border entrances

“Mr. Bezos draws a lot of water in this town“:

NEW: Bessemer's police chief has confirmed to More Perfect Union that his officers are providing "off duty security to Amazon."

Union organizers say they are routinely harassed by local police, and that officers have told them "they are there to keep an eye on us." pic.twitter.com/NqAHSjkixP

UPDATE: We've been reporting on the illegal ballot dropbox that Amazon set up with USPS at its Bessemer warehouse.

Union organizers met with the local Postmaster on Tuesday. He refused to answer questions about the dropbox — then he called the cops.

Documents Show Amazon Is Aware Drivers Pee in Bottles and Even Defecate En Route, Despite Company Denial The Intercept. To be fair to Amazon, I’ve seen reports from highway clean-up volunteers in Kent, UK, who report picking up plenty of bottles and bags tossed aside, presumably by lorry drivers who had to endure long Customs delays, post-Brexit, and wanted to keep rolling rather than lose more time. Midde-class types like me are reacting to this story with horror and disgust, but with the already shrinking number of restrooms shrunk further by Covid, I wonder whether all working class drivers experience this as normal, and not just Amazon workers. (To be even more fair, warehouse workers making quota use pee bottles too, not just drivers.)

Ancient Egyptian manual reveals new details about mummification University of Copenhagen. News you can use! 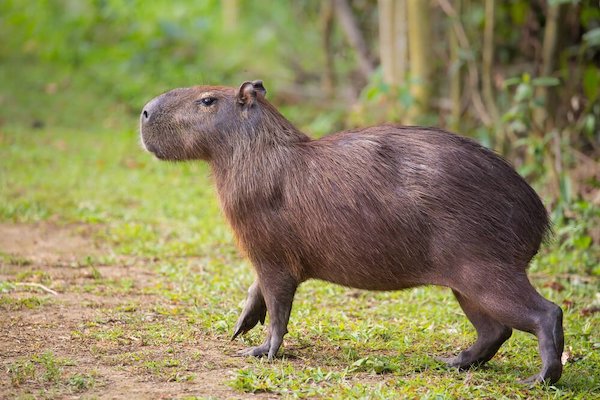 ALPACA-LYPSE WOW: London Zoo welcomed three new alpacas during the coronavirus lockdown, and wants the public to help name them ahead of its reopening. https://t.co/EcJsPgs5fQ pic.twitter.com/p4BAHXSmt3