Yves here. This article takes a look at how little progress is being made against climate/carbon emission targets and recommends more aggressive government action. Presumably the book it’s summarizing, Making Climate Policy Work. However, it sets up a straw man by equating carbon pricing with cap and trade and carbon offsets. We’ve called out those approaches starting with the early days of this website, in 2007, as gimmicks that enrich intermediaries, are rife with fraud, fail to change behavior, but mislead some do-gooders into thinking they’ve accomplished something.

A carbon tax is not a new idea. Al Gore pumped for it in 1992. Illustrious economists, including Fed chairmen, two former Treasury secretaries, and Brookings recommended one in 2019. The Financial Times called for “a clear and predictable price for carbon” in 2007 as a crucial step in combatting climate change, without saying how it could be achieved. Tyler Cowen (!!!) advocated a carbon tax and has also explained why regulations would likely still be necessary. From a 2014 post:

One problem with a Pigouvian tax is you may fail to meet the threshold of a desired outcome, given that the market response to the tax is uncertain. For instance if the government put on a stiff carbon tax there is a chance dirty coal use simply might continue, albeit at higher prices, and thus no problem would be solved. A very very high tax could ensure a movement away from dirty coal but then perhaps the tax is much higher than it needs to be and that too will bring significant distortions.

In that case, it can in principle make sense to supplement the Pigouvian tax with some kind of “best practices” standard or quantity regulation on the side of emissions.

Now here’s the catch. Let’s say you have been arguing that the transition to green energy can be a smooth and certain glide. In that case you should want the tax only (admittedly you still might favor direct regulation as a substitute, given the absence of a tax).

Let’s say you wring your hands about the ability of the market to find a good substitute for the dirtier fossil fuels. You’re really not sure whether that can be done or not at a reasonable price.

In that case there is the uncertainty and you might favor the Pigouvian tax plus the regulation. Or if you are truly fearful about substitutability, and don’t assign high enough priority to emissions control and climate issues, you might want no tax and also no major regulations.

One odd mix of positions is “I’m very unsure how well and how smoothly this transition will go and I want only a Pigouvian tax.”

Another odd mix is “I’m sure this transition will be a smooth and easy glide, I want both Pigouvian taxes and lots of regulation.”

Now in addition to Cowen’s point that carbon taxes may still not be sufficient to deter bad behavior all by themselves (you can imagine rich people continuing to fly on private jets), there are other reasons to have reservations:

They are likely to be regressive. There are ways to offset that with income taxes, but those who pay very low income taxes will be net losers ex giving them explicit subsidies.

They would need to be implemented in a coordinated basis across major economies, including China, to be effective. Then again, we have that coordination problem no matter what policy is adopted. There would similarly be border cost adjustment issues whether our trade partners played ball or not.

And it appears “progressives” have become squeamish about advocating taxes. From Politico in 2018:

The story of the carbon tax’s fading appeal, even among groups that like it in principle, shows the difficulties of crafting a politically palatable solution to one of the world’s most urgent problems — including greenhouse gas levels that are on track to reach a record high this year.

“This aversion to taxes in the U.S. is high and should not be underestimated,” said Kalee Kreider, a former Gore adviser and longtime climate activist. “I have a lot of scars to show for that.”

“I fear that the idea of a carbon tax is turning out to be a heavier lift than people envision,” said RL Miller, founder of the advocacy group Climate Hawks Vote. “As it is right now, starting from scratch, there is no constituency for it. … And I think the climate movement needs to go through some rethinking.”

Ahem, doing anything that is even remotely adequate to the challenge is a heavy lift… 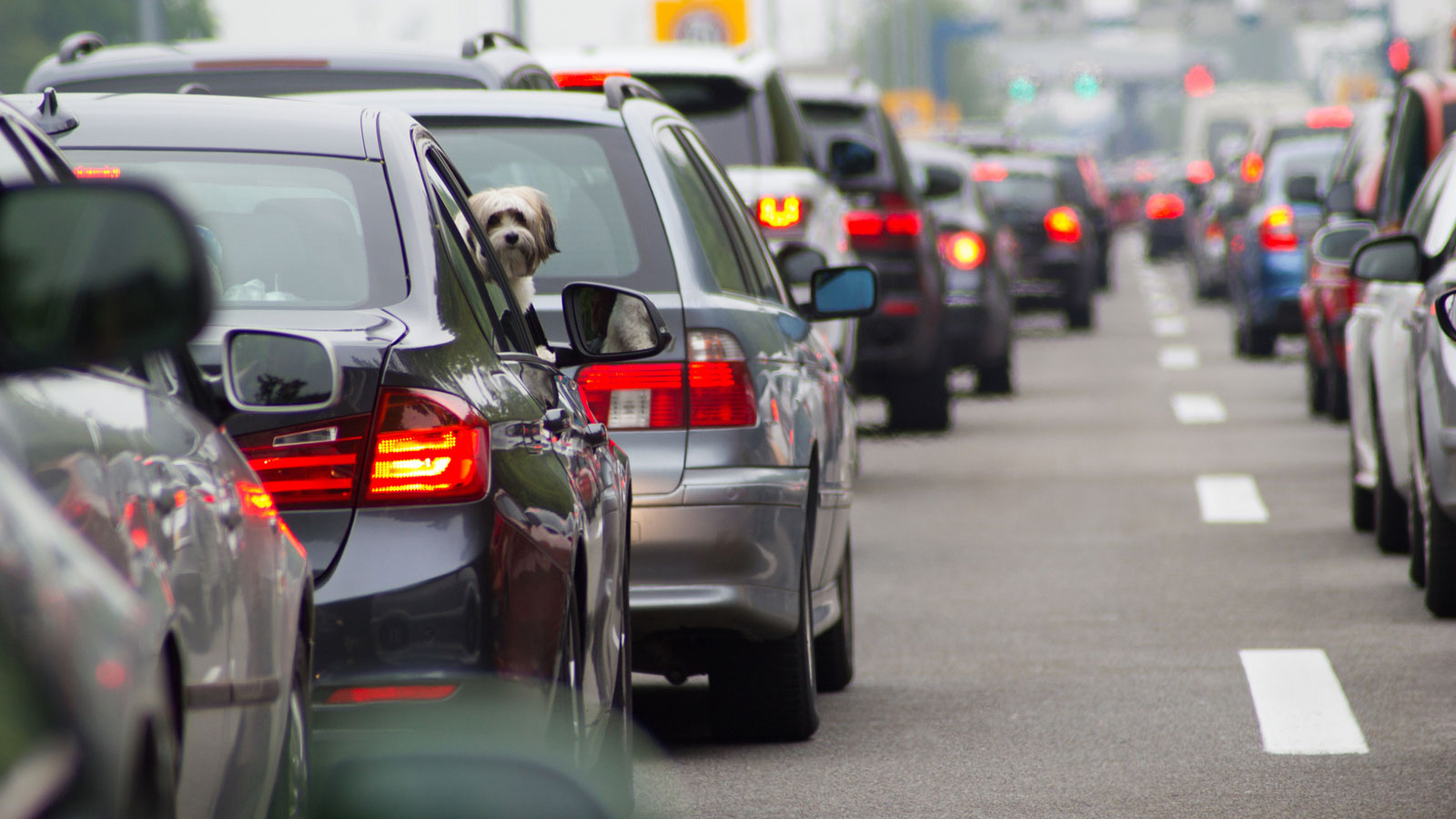 Lockdowns, working from home, and sharply curtailed travel during the pandemic shaved 7% from global greenhouse gas emissions in 2020, according to the United Nations. But as people get vaccinated, economies begin to recover, and global emissions revert to the pre-pandemic trajectory, the outlook is dim for cutting emissions enough to avoid serious climate change and its adverse impacts.

With the clock running and the world’s economies headed in the wrong direction, climate policy experts see an urgent need to quickly throw out approaches that do not work and accelerate the ones that do. In the months leading up to the 26th UN Climate Change Conference of the Parties in Glasgow running from November 1 to 12, 2021, Yale Climate Connections is looking at ideas put forward in a new book: “Making Climate Policy Work” and elsewhere.

Why a Course Change Is Needed

Current pledges under the 2015 Paris Agreement “fall far short of what is required, demonstrating the need for Parties to further strengthen their mitigation commitments” to avoid catastrophic climate change in this century, the report stated. Even if parties to the agreement follow through with their latest plans to cut emissions, the globe will be on a path to cut greenhouse gas emissions only 0.5% below 2010 levels by the end of this decade.

Market-based schemes like cap-and-trade agreements and carbon offsets have largely failed to deliver on the promise that policy makers once saw in them, according to a new book by carbon policy experts Danny Cullenward, a Stanford Law School lecturer and policy director at CarbonPlan, and David G. Victor, co-director of the Deep Decarbonization Initiative and a professor at the University of California-San Diego. The authors analyze the reasons those “magic wand” approaches have failed and lay out a suggested course correction in their 2020 book, “Making Climate Policy Work.”

The book says the most effective way to cut emissions quickly enough to avoid climate disaster is for governments to adopt policies and regulations targeting specific sectors such as electricity generation. The authors recently summarizedthe ideas from the book in a wide-ranging, three-part interview with David Roberts of the clean energy newsletter Volts.

The biggest reason for the disappointing results of carbon pricing schemes like cap-and-trade, they argue, is that policy makers aggregated industries and jurisdictions. This made it easier for a wide variety of opponents to aggregate to fight the policies, resulting in a “lowest common denominator” system that fails to lower emissions as much as intended.

“By linking all the sectors together, in effect you are linking the politics together,” Victor told Roberts in the Volts interview. “And then the whole program becomes connected to the sea anchor of the least ambitious politics.”

The authors also see problems with carbon offsets, which allow polluters to pay someone else to take action that “offsets” their pollution, such as planting trees or rehabilitating forests. A major flaw: This approach makes it hard to ensure that what polluters are paying for is actually happening, or that the steps are really offsetting the pollution.

“Everyone imagines that there’s this vast army of people working on this problem, insuring that there’s a good outcome, but in practice you see understaffed regulators – very few people paying close attention to this who have no financial interests,” Cullenward said.

Victor told Volt that emissions will not be adequately reduced without “large-scale, systemic state intervention” and that this will “require a lot of government.”

“We can’t delude ourselves into thinking that you can wave a magic wand over this climate problem, with a market that doesn’t require a lot of detailed design and high-quality intervention. Having government back off is the opposite of what you need.”

In their book, Cullenward and Victor offer a strong argument for doubling down on a bigger role for government.

Some kind of course correction is urgently needed. The UN’s Emissions Gap Report 2020, published in December, found that even with the 7% drop in global emissions in 2020 due to the pandemic, the world remains on track to see average temperatures exceed 3 degrees C (in excess of 5 degrees F) above preindustrial levels by 2100 – blowing past the 1.5 C and 2.0 C increases that climate scientists have warned should be upper limits of warming.

In 2019, global emissions totaled 59.1 billion tons of CO2 equivalent into the atmosphere – an all-time high. As post-COVID economies open back up this year and next, experts expect pent-up demand by consumers around the world to bring emissions roaring back.

The Emissions Gap Report targets consumer behavior and the shipping and aviation sectors, which account for 5% of global emissions. Shipping and aviation worldwide need to shift rapidly from fossil fuels, and aviation has advanced research into new lower-carbon fuels and increased fuel efficiency. But, the report says, projected increases in demand will make it harder for these sectors to quickly transition away from fossil fuels. The report places significant responsibility squarely on individual consumption. Two-thirds of global emissions are linked to private households, and the richest 1% of the world’s population is responsible for twice the emissions of the poorest 50%.

The Emissions Gap Report evaluates the gap between anticipated emissions and levels consistent with the Paris Agreement goals of limiting warming in the 21st century to below 2 degrees C, while shooting for a rise of no more than 1.5 degrees C.

Numerous countries have pledged to achieve net zero carbon emissions by mid-century, or they have taken at least some initial steps toward that goal. France and the UK have gone as far as making the goal a legal requirement.

China, the world’s number one emitter, has said it plans to become carbon neutral by 2060, but it’s still relying heavily on coal-burning power plants to expand its economy. The United States, the second biggest emitter, has launched an aggressive agenda under the Biden Administration to cut emissions, largely by decarbonizing the nation’s electricity sector by 2035. President Joe Biden has said he wants the U.S. to become carbon neutral by 2050. But he faces a divided government, a struggling economy, and numerous other competing priorities.

Reductions Need to be 80% More Ambitious than Paris Agreement Pledges

The world needs government leaders in Glasgow to enact the course correction that experts are proposing. Overall reductions in emissions globally must be about 80% more ambitious than what member countries of the Paris Agreement have pledged, University of Washington statistician Adrian Raftery told the Washington Post. The conclusion came from a significant study published in February by a team Raftery led that said global emissions need to fall steadily by about 1.8% annually in order to even have a chance at staying below a 2 degree C rise in average temperatures this century.

If current trends continue, there is only a 5% chance that global average temperatures can stay below a 2 degree increase this century, Raftery and his colleagues estimated. However, if all countries can actually meet their commitments under the Paris Agreement, the chance rises to 26%. If the United States alone fails to meet its commitment, that percentage falls to 18%.

Even under the best of circumstances, the Paris Agreement as it stands will fall far short of where we need to be. “The commitments are not enough,” Raftery told the Washington Post.

“Emissions Gap Report 2020” asserts that governments around the globe can reverse course and limit warming to 2 degrees C if they solidify their commitments to net zero emissions by mid-century and more jump on board. As of late February, 126 countries accounting for 51% of global greenhouse gas emissions had adopted, announced, or were considering net-zero goals.