‘This crisis is different’: the dramatic rebound in the global economy FT

Antibody evasion by the P.1 strain of SARS-CoV-2 Cell. From the Abstract: “[N]ew strains have emerged with multiple mutations: P.1 from Brazil, B.1.351 from South Africa and B.1.1.7 from the UK…. We show that, surprisingly, P.1 is significantly less resistant to naturally acquired or vaccine induced antibody responses than B.1.351.” The article seems to reach no conclusion on B.1.1.7 one way or the other.

Findings of these studies suggest that the risk of SARS-CoV-2 infection via the fomite transmission route is low**, and generally less than 1 in 10,000, which means that each contact with a contaminated surface has less than a 1 in 10,000 chance of causing an infection… People can be infected with SARS-CoV-2 through contact with surfaces. However, based on available epidemiological data and studies of environmental transmission factors, surface transmission is not the main route by which SARS-CoV-2 spreads, and the risk is considered to be low. The principal mode by which people are infected with SARS-CoV-2 is through exposure to respiratory droplets carrying infectious virus. In most situations, cleaning surfaces using soap or detergent, and not disinfecting, is enough to reduce risk.

Go long plexiglass, I suppose. NOTES * To be fair, we get confused and faction-straddling language like “aerosol droplets.” Since droplets are ballistic (falling within a radius under gravity) and aerosols float (like cigarette smoke, filling a space), this entire “science brief” is deeply confused at the ontological level; saying “aerosol droplets” is like saying “rocky smoke”; it’s an oxymoron, confused at the ontological level. When is Walensky going to get a handle on this? ** Now that we know that the virus persists in excrement, there is a case to be made for fomite transmission via that path. I don’t think the case has been made yet, and the case for aerosol transmission from excrement has been made.

(A corollary of airborne transmission is that HCWs (health care workers) should be supplied with N95, not surgical, masks.) I don’t think WHO sent their best:

Conly: 'you need to consider the harms of N95 masks'

In this order. Honest.

Q for HCWs: given the choice, would you risk death/long covid/onward transmissions with FRSM, or 🖕 with N95?

Acne? Really? That’s one of the hold-ups?

1. This History Thread is about sabotage in Burma (Myanmar) from cutting British colonial telegraph lines to hacking websites. Sabotage as a tactic is: destroying or damaging infrastructure or other property (not people) to prevent use by an opponent. #WhatsHappeningInMyanmar 🌿 pic.twitter.com/siOe1AmDJi

Myanmar ‘State Collapse’ Imminent: ‘The Bloodbath Is Real,’ Expert Warns Sourcing Journal. I’m including this because the source is for supply chain professionals. Myanmar er, resistance isn’t sponsored by the National Endowment for Democracy or something (now that the tankies have gotten themselves involved. To be clear, I think US RSP intervention would be madness; we’e botch the job).

Just writing to call out some of the more ridiculous claims I've seen on Twitter today regarding the violence in Belfast. (1) The Good Friday Agreement is not over nor is it about to implode because of the last few nights. Such statements are facile and lazy.

Is Russia Preparing to Go to War in Ukraine? Foreign Policy

Ukraine: A Short History of Meddling Yasha Levine, Immigrants as a Weapon

What do Russians really think of Putin and Navalny? Al Jazeera

The Origins of a Distinguished Diplomatic Career and the U.S.-China Fight for Primacy—BPR Interviews: Chas Freeman Brown Political Review. Recommended by Yasha Levine, in a post also worth reading.

Biden’s tax plan is about tackling the class warfare of the US elite Tax Research UK. Big if true.

It is the argument consuming Washington. Politico. What is “infrastrucure”?

How fact checkers and Google.org are fighting misinformation Google

Google is exploring a health record tool for patients STAT

Military Equipment Transfers to Police Have Picked Back Up Brick House

A Far-Right Extremist Allegedly Plotted to Blow Up Amazon Data Centers Wired. Granted, the FBI sold him the explosives.

Crisis of Command Foreign Affairs. One reason the United States is not agreement-capable, as for example withdrawal from Afghanistan by May 1.

Amazon has won a historic warehouse union election. But the battle is not over. Recode

Prolonged Isolation Can Lead to the Creation of New Accents Atlas Obscura. As for example in The Big Sort?

The rice of the sea: how a tiny grain could change the way humanity eats Guardian

The Vast Viral World: What We Know (and Don’t Know) Nautilus 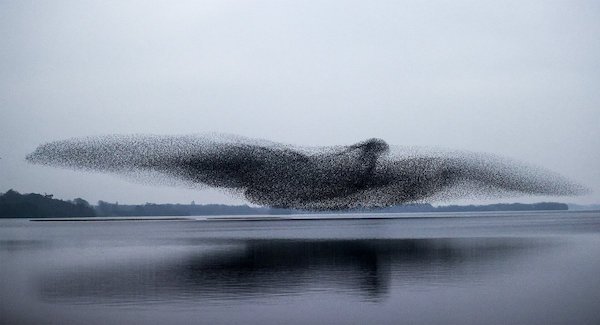 Bonus antidote (you may wish to turn the sound down):

ON THE MOVE: "Super pod" of dolphins spotted off the Southern California coast, gracefully swimming alongside a whale watching boat. https://t.co/w6KsO4Xk8O pic.twitter.com/MOKGNae4Mj