Patient readers, Yves apologizes for a dearth of original posts. Due to family drama, elder care, and travel planning to address her health issues, her concentration is not what it could be. –lambert

Data Brokers Are a Threat to Democracy Wired

WHO throws in the towel on aerosols?

Thank you for updating this site to prominently include these links.

When will the Scientific Brief be updated to include the various peer-reviewed studies that have been released?https://t.co/W1fu3VcCKS pic.twitter.com/3nc2rcG7de

Over to you, CDC! Please, please, don’t make underfunded schools spend money on hygiene theatre that gives only the illusion of safety!

Covid-19 has redefined airborne transmission British Medical Journal. “It is now clear that SARS-CoV-2 transmits mostly between people at close range through inhalation.”

Outdoor Transmission of SARS-CoV-2 and Other Respiratory Viruses: A Systematic Review Journal of Infectious Diseases. A review of the literature. Conclusions: “Existing evidence supports the wide-held belief that risk of SARS-CoV-2 transmission is lower outdoors but there are significant gaps in our understanding of specific pathways.”

Jendrny et al. trained eight detection dogs over one week to discriminate between SARS-CoV-2 positive and negative saliva and tracheal secretion samples. Though they presented the dogs with 1012 randomized samples (across all eight dogs), most of these were repeated presentations of samples from the same individuals, despite being initially novel. In the double-blind experiment with seven novel SARS-CoV-2 positive and seven novel SARS-CoV 2 negative samples, though the samples were initially novel, they were presented repeatedly and the data are reported together, making it more difficult to discuss the dogs’ true ability to generalize to completely novel samples.”

Because dogs will readily respond to the stimulus that is rewarded most frequently, this generalization is critical for potential deployment of dogs in the search for a rapid diagnostic test for COVID-19. The more novel profiles of both positive and confirmed negative samples without repetition of individuals will promote generalization by the dogs and identification by the sensors of the specific COVID-19 target odor profile.

Presumably dogs have generalized odor detection for other diseases, however.

Pfizer CEO says third Covid vaccine dose likely needed within 12 months CNBC. If Antibody-Dependent Enhancement (ADE) is a thing for Covid, the boosters might not boost. I understand a CEO’s incentives, but more science, please.

Meanwhile, In China… The Heisenberg Report

Could be a big deal:

Today, at the end of Thingyan on the eve of Myanmar’s new year, we are proud to announce the formation of a new National Unity Government and the dawn of a new era for the people of Myanmar. For the first time in our history, Myanmar has a unity government. pic.twitter.com/t2prgeZahB

For Myanmar Federalism to work — leaving aside the Tatmadaw — a number of warlords are going to have to become statesmen (certainly not unknown). Presumably all the R2P people are going to put their heads together to get this parallel government recognized (and not by Taiwan).

I think it is important for us and foreign friends to understand us and our enemies in order to defeat them. Therefore, I spent time writing this which should also be in-line with the views of the general population. Thread is open for debate. 1635 words#WhatsHappeningInMyanmar pic.twitter.com/na8CcWjhYB

VIDEO: Myanmar military cadets at the Defense Services Academy in Pyin Oo Lwin, Mandalay celebrated #Thingyan on Apr. 14. Elsewhere people declined to celebrate the festival out of respect for the hundreds of protesters slain by the regime since February.#WhatsHappeningInMyanmar pic.twitter.com/vOwQdqs9EW

The Looming Catastrophe in Myanmar Foreign Affairs. Comparing Myanmar to Syria is just the sort of comparison The Blob would find illuminating (as they carefully erase their role in starting and prolonging the Syrian Civil War).

Afghanistan: ‘We have won the war, America has lost’, say Taliban BBC (Re Silc). Unsurprising, since our extremely expensive and politically dominant military hasn’t won a war in quite some time.

Israel is testing Biden The Week (Re Silc).

Berlin’s ‘Mietendeckel’ rent freeze ruled unlawful. What does it mean for tenants? The Local

Finland’s Covid Situation Eases as New Cases Drop Significantly Bloomberg. “The closing of bars and restaurants had the biggest impact.”

Now Biden tries the diplomatic approach: President urges Russian leader to ‘de-escalate’ at the Ukrainian border and ‘refrain from military action’ after Putin shut off Kerch Strait to all foreign warships Daily Mail. The Kerch Strait.

States Were Told They Can’t Use U.S. Covid-19 Aid to Cut Taxes. They Sued. WSJ

there's a huge goldmine of offshore wind potential on the continental shelf off the northeast coast pic.twitter.com/5WXqDIjaUl

Maine in the crosshairs once more.

Must-watch (something I very rarely say):

Who had “Woke Pat Robertson” on their 2021 bingo card? pic.twitter.com/nCYlQsma3O

Prosecutor who said Adam Toledo had gun in his hand ‘not fully informed’ WGN9 (Chicago). Oh.

Today, President Biden announced his intention to end the war in Afghanistan, to great media fanfare.

Let me know if you can spot the difference in coverage then vs. now⤵️

It’s The Media’s Job To Normalize War: Notes From The Edge Of The Narrative Matrix Caitlin Johnstone

8 dead, more injured in shooting at FedEx facility near the airport Indy Star. America is back!

“As Usual, Dalton Got in Its Own Way”: Inside the Antiracism Tug-Of-War at an Elite NYC Private School Vanity Fair

Appeals court upholds Jeffrey Epstein deal that minimized punishment, silenced victims Miami Herald. “The decision, unless it is overturned on further appeal, could allow wealthy defendants to continue to arrange favorable plea deals from the government without any oversight or accountability, said an attorney who originally filed the challenge.”

Off the Grid WaPo. “And yet for all its successes, the trillions in aid have often failed to reach the poorest Americans in places like the south end of Peoria. Because many in Shawna’s neighborhood have jobs that paid them in cash and because they didn’t report their income to the government, they were unable to qualify for unemployment insurance. Because they moved frequently, failed to file taxes or owed fines for back child support or past criminal activity, they often didn’t receive their full stimulus checks.” Well, naturally. Complex eligibilty requirements much beloved by liberals mean that only the deserving get help. That is as it should be.

How Did a Self-Taught Linguist Come to Own an Indigenous Language? The New Yorker 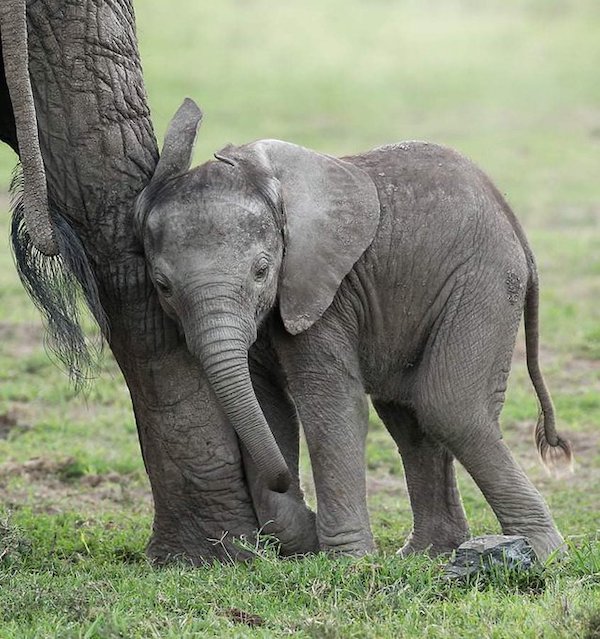 The elephant is the biggest animal in the forest. pic.twitter.com/xStneZy6Fr