The internet is breaking. Here’s how to save it. Dan Kaminksy, Cyberscoop. RIP Dan Kaminsky.

US electricity emissions are halfway to zero Volts

He’s a climate scientist working for the Saudis. Can oil money help him save the planet? Reuters

Lebowitz: “There seems to be a lack of understanding of what air is.”

Isolation of SARS-CoV-2 from the air in a car driven by a COVID patient with mild illness International Journal of Infectious Diseases. If you must take a cab, open the window!

A guideline to limit indoor airborne transmission of COVID-19 PNAS. “The current revival of the American economy is being predicated on social distancing, specifically the Six-Foot Rule, a guideline that offers little protection from pathogen-bearing aerosol droplets sufficiently small to be continuously mixed through an indoor space.” CDC, good job. Worth reading in full. Commentary:

New modelling showing that the minimum amount of virus typically needed to become infected is only 10 virus particles. This is an order of magnitude greater than SARS.

The Dose Makes the (risk of) Infection CorsiAQ

The Science Behind Masks Current Affairs

When Can Biden (and the Rest of Us) Take Off Our Masks? New York Magazine. Who’s “the rest of us”?

The U.S. Congress Wants to Know More About What the Chinese Are Doing in Africa China Africa Project

Chevron Lobbies to Head Off New Sanctions on Myanmar NYT

ASEAN Won’t Save Myanmar Foreign Policy. Nobody serious ever thought that it could.

Coronavirus cases in Kolkata: Every second person getting tested in Kolkata is positive Times of India

U.S. racing to send aid to India as COVID-19 cases soar Reuters. “Racing” in a headline is a tell, for me; I feel it signals a systemic screwup being handled by frantic managers thinking of political implications, now that the story has hit the press. “White House Press Secretary Jen Psaki on Friday said U.S. and Indian officials were working to find ways to help address the crisis, but gave no timetable for the support.” So, blah blah blah. The Biden administration, in general, does not seem to be nimble in responding to crisis. That’s especially unfortunate when facing an exponential process like a Covid outbreak, as Biden’s Chief of Staff, Ron Klain, should know, since he was sold to us as Obama’s Ebola Czar. Why aren’t the C-5s in the air already? Especially if this whole “Indo-Pacific” thing is more than window-dressing?

Why is it so hard to get oxygen cylinders in India? Quartz (Re Silc).

There were few crucial weeks in Feb and March when cases were just starting to rise. Let’s zoom in on these four weeks and see how the early signals were missed, valuable time was lost and Indians were led to believe that they were immune to COVID. Thread 1/n pic.twitter.com/9UeDAX1OoH

At Government Request, Twitter Takes Down Some Tweets Critical of Official COVID Handling The Wire

On Greensill London Review of Books

If climate change is a ‘priority,’ Biden must shed the cold war approach to China Responsible Statecraft

The Mystery of AS8003 Kentik. The timing is extremely odd.

What’s in the anti-riot law and how will it play out? Brevard could be first to know Florida Today

#182 Conspiracy in Plain Sight (with Edward Snowden) (podcast) Russell Brand, Under the Skin. Nice get!

Images: Downtown Decatur’s latest mixed-use project has liftoff Urbanize Atlanta. “Amenities call for a full-time concierge and ‘activity director,’ along with the pet spa and coworking space that’s becoming par for the course with intown multifamily development. Also in the mix are a sauna, pool, and rooftop deck with a greenhouse, coffee bar, courtyard, and gas-fire tables.” It’s like you never have to leave the facility. Will there be guard towers? A moat?

George W. Bush Can’t Paint His Way Out of Hell New York Magazine (Re Silc). He doesn’t need to. He gave Michelle candy.

Why Do Economists Ignore the Greatest of All Market Failures? Brad DeLong, Grasping Reality

Apple’s $29 AirTag is a coin-sized tracker that helps you find lost things — here’s how it works CNBC. Poetry break. A villanelle, not a sonnet–

The Heretical Origins of the Sonnet JSTOR. “Highly dialectical.”

How To Live In Wonder Caitlin Johnstone 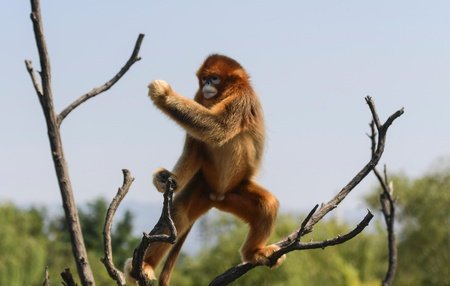