Yves here. I imagine few readers have been in a war zone, and the ones that have were soldiers or attached to the military. I hope those of you who are battle-seasoned recognize how perilous it is for civilians in Gaza, even before factors in years of apartheid-style treatment.

Even though those roles are dangerous and stressful, someone operating in that capacity is regularly mobile, has some intelligence about operations in the area, and normally has safety protections (armaments, air support, other soldiers). Being trapped at home during an attack, particularly at night, is nerve-wracking, even before getting to actually being hit or having someone in your personal circle die or be maimed.

In Vietnam, television helped turn public opinion in the US against the war. It was the first armed conflict where American well removed from the theater got a sense of how brutal war really is and how often civilians are victims. The US learned that lesson and now manages how journalists see and present our wars. Perhaps accounts like this will break though American air-brushing and spur more active opposition to our nation-breaking and support of oppressors.

By Mona AlMsaddar, who has worked as an English teacher in Gaza for more than three years. Originally published at We Are Not Numbers 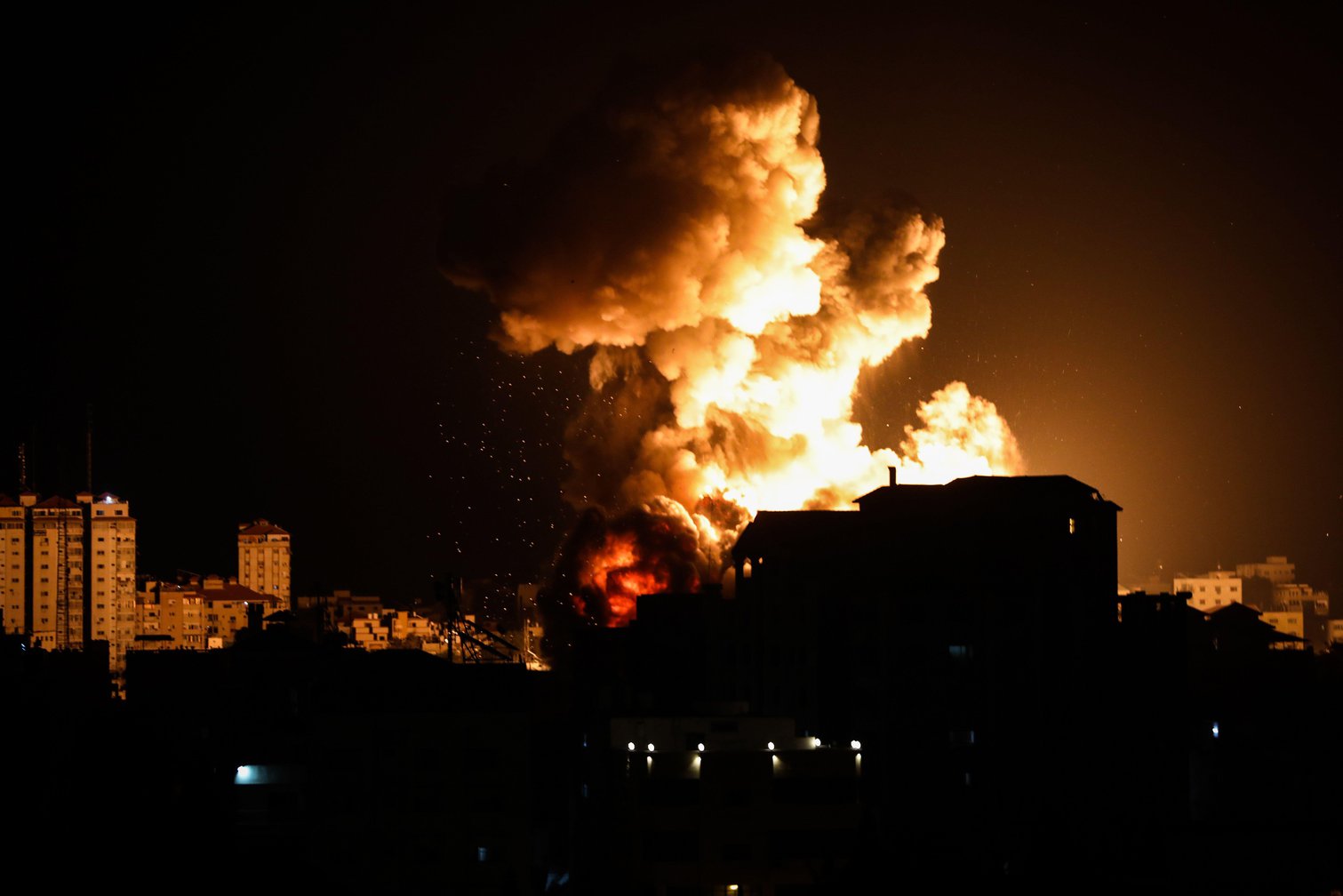 We are six people sitting in the living room. Each with a phone in hand and earphones in, following the news of what is happening in Gaza and Jerusalem. The most urgent question on everyone’s mind: where will the next bomb hit?

More than 83 Palestinians, among them at least 17 children, have been killed by Israeli bombing on Gaza since 10 May, according to the Palestinian health ministry. Israeli raids have targeted civilian buildings, flattening at least three of Gaza’s high rises and making hundreds homeless.

The house feels like it is shaking. At midnight, the sky flares red and my mother nervously tells us to remove our earphones. When we hesitate, she panics and shouts, “Remove them now!” She is afraid the sound of the blaring news and the exploding bombs will harm our ears. Now alarmed ourselves, we all obey, silently looking at each other.

My younger sister, Nesma, a lawyer, suggests we all lay down, out of sight, since the light of the shells is reflecting on our uncle’s house next door. Seconds later, our house feels like it is shaking again, and this time the windows and doors join the party.

After 15 mins, things are calm again, although we can still hear the drones. Nesma offers to make some tea and I say that I will select some nice music to cover the bombing. We need to calm ourselves as well. I play a love song by Umm Kulthum, the iconic Egyptian singer. Even my father sang! “Oh, my little girls, you reminded me of lovely and beautiful days,” he says. My mother smiles into the book she is reading.

Soon, however, the bombing intensifies. Exhausted, my mother tries to catch a little sleep, but to no avail. She is worried about our neighbors, who lost their mother just days ago due to COVID-19. She calls the daughters and chats with them so they won’t be so afraid. But we are all afraid. Still… if the Israeli occupation has taught us anything, it’s how to hide our fears. Panic is contagious.

It is a long and tough night. We cannot sleep. Just before dawn, we have our suhur, the meal Muslims eat during Ramadan before starting the day’s fast. This time, it is only dates, some cheese and tea. Because of the bombing, it was not safe to go to the market. We have to buy food daily because the frequent power outages these days make refrigeration difficult.

My body is so cold. I don’t know why. The weather is warm, yet I am shivering. Maybe it’s because I am suppressing my worries and fears. I layer on clothes, but it doesn’t bring me comfort. I go to my mother and hug her. I finally feel some peace, although not safe.

I put myself to work. First, I rearrange my room so my bed is in the middle – away from any glass that could fly if the windows break. I also open the window and door, to lessen the air pressure and reduce the chance of being hurt by debris. And since I am a fan of the mugs my students give me as gifts, I take them off the shelf so they won’t fall and break. Now maybe my room will ‘survive’.

Then I choose movies, music and books that can fill our days if the attacks continue. I also call my friends and arrange to create ‘rooms’ on social media so we can have virtual sleepovers. I also call my sister, who is married and the mother of a lovely newborn boy who has never heard the sounds of bombing before. I want to make sure she and her son, Ibrabim, are ok. At least he is too young to understand what is happening.

Finally, and this is very important, I vow to avoid all pictures and videos of the bombing and dead bodies. This is my way of protecting myself from the bad dreams that haunted me during previous wars.

Still, I know I can’t ignore them. I am inside the circle. Pray for us.