Two small planes collided over Colorado and both landed safely, one after deploying a parachute CNN. Crittermom: “This is the first I’d heard of an airplane having a parachute.”

Night mode ‘better sleep’ claims are nonsense, says university ZDNet (Dr. Kevin). Oddly relieved to read this. All I found that night mode did was make it hard to read (as in tire out my eyes).

‘There is no time to waste’: WHO needs new powers to control future outbreaks, report says Sydney Morning Herald (Kevin W). As if the WHO has covered itself with glory. Comparing the WHO to national health regulators is what the Japanese would call a height competition among peanuts.

Strongest Evidence Yet Shows SARS-CoV-2 May Insert Itself Into The Human Genome ScienceAlert. GM writes:

This happens to all RNAs if there is some reverse transcriptase activity around — the human genome is full of so called “processed pseudogenes”, which are reverse transcribed copies of our own genes that then inserted into the genome.

It also happens to other viruses, there are some classic papers about finding Ebola’s VP35 inserted millions of years ago into the genomes of bats (and also other mammals):

The vast majority of the time these are dead on arrival as they have no promoter elements to drive their expression. Also, they are often partial copies, and this will be a lot more often the case for coronaviruses, which have a very long genome.

This is not HIV, which is an actual retrovirus and has those elements in its genome.

So nothing to worry about. Also, these are extremely rare events.

Why does COVID make people so sick, so quickly? Israeli geneticist has an answer Times of Israel (David L)

The Trump administration imposed the levies in 2018-19, aiming to boost U.S. factory production by making Chinese imports more expensive for the American companies that bring them in. That so-called re-shoring of manufacturing hasn’t happened in any appreciable way, economic data show, as U.S. companies instead turned to other countries in Asia for supply….

THE COST OF BREXIT: MARCH 2021 Center for European Reform

Blair needs to crawl back under his rock. The whinging about Corbyn supporters who voted with their feet after Labour’s shameful treatment of him is sore looserdom. Labour arrogantly thought they could kick the left to the curb and win campaigning on “We’re not Tories”. Pinko-bashing is so much more satisfying than a cold clinical look at campaign failures.

TONY BLAIR: Why I fear the kamikaze Left could plunge my party into extinction https://t.co/zoe1sCIV15

Pain that Begets Pain: Ethiopia is Hemorrhaging, Only Empathy Can Heal a Breaking Nation Ghion Journal

Tucker Carlson & @ggreenwald Discussing How Many Liberal Journalists & Democrat Politicians Smear Their Enemies As "Russian Agents" In Order To Coerce & Manipulate People To Do What They Want pic.twitter.com/wKAQGUgRy8

The Chicago march for justice in Palestine is absolutely enormous pic.twitter.com/G4rw29MhoB

Insider view: the tragedy of the US Deep State Pepe Escobar (Chuck L)

Rahm Emanuel Gets Another Job He Doesn’t Deserve New Republic

The Heartwarming Tale of How a Co-Founder of Students For Trump Is Going to Prison After His Co-Founder Snitched On Him to the Feds Jezebel (Dr. Kevin)

Buckingham Palace ‘asks for picture of Queen in MAGA hat to be removed’ from Trump supporter bus https://t.co/dYK6jC9U5F

Bernie Sanders and Pramila Jayapal: We must fix the gaping holes in Medicare Washington Post

Tucker Carlson & @ggreenwald Discussing How Many Liberal Journalists & Democrat Politicians Smear Their Enemies As "Russian Agents" In Order To Coerce & Manipulate People To Do What They Want pic.twitter.com/wKAQGUgRy8

"It's a good lesson about the hype around technology. The stuff Greensill was doing is centuries old; financing invoices goes back to the Middle Ages. The idea that AI and machine learning could magic away all the risk was just a fantasy." @BondHack. ? https://t.co/NMaSzujfO2

Talk of labor shortages is everywhere. What is really going on? Economic Policy Institute. Key point:

The footprint of a labor shortage is very fast wage growth. Does that mean wage levels in leisure and hospitality are now too high? No. These wages plummeted in the recession and have just regained their pre-COVID trend—i.e., they are now roughly where they would be if COVID had never happened. In fact, the current average weekly wage for nonsupervisory workers in leisure and hospitality translates into annual earnings of $20,628. Yes, you read that right. $20,628.

Despite Weeks of Union-Busting, Workers at Imperfect Foods Vote to Unionize Truthout (Heresy101)

Antidote du jour (Tracie H). My guess is that this is an ocelot. 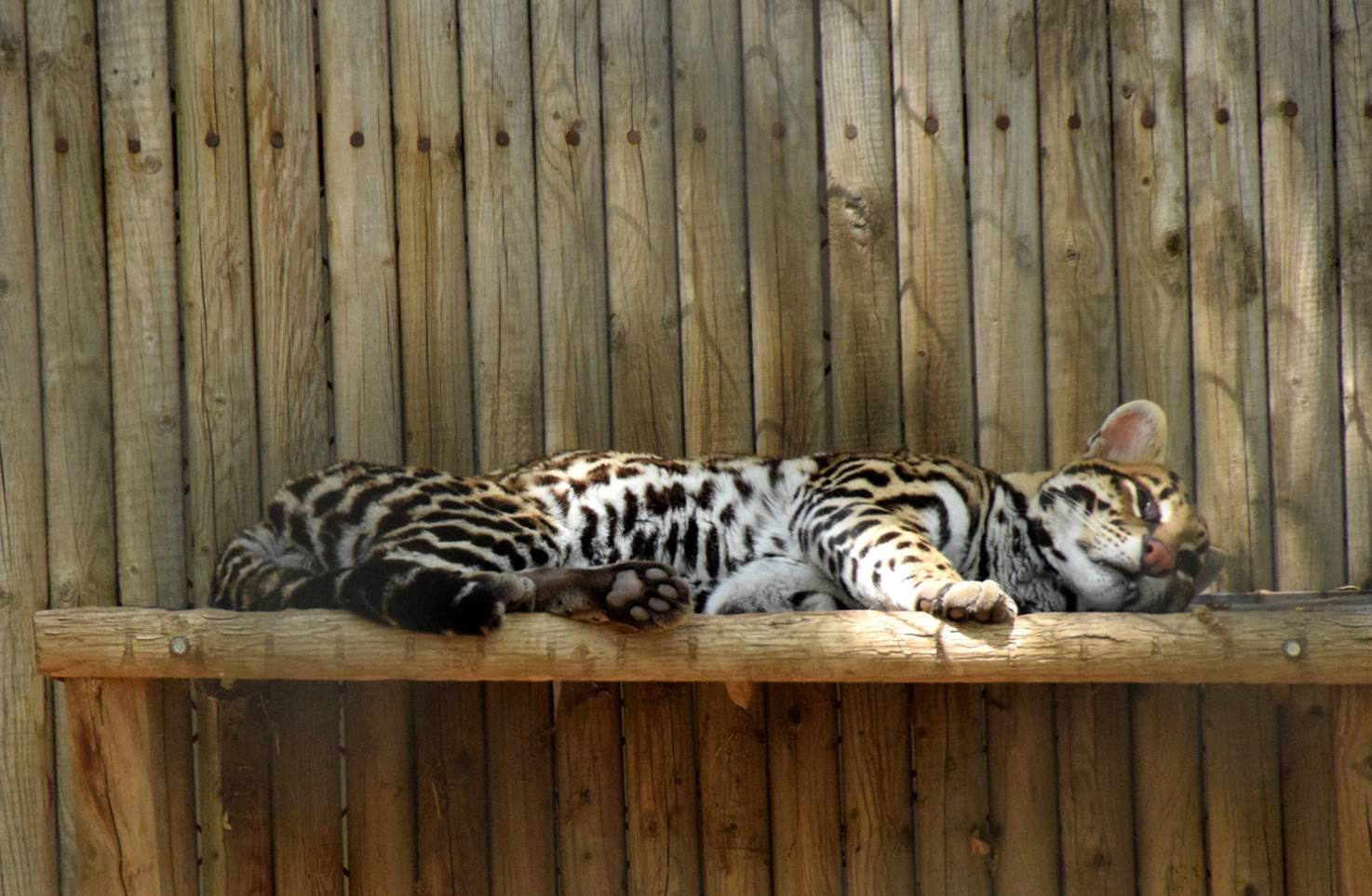