Patient readers, Yves wrote… She concluded “So no original posts. You are lucky she hasn’t had a stroke,” having included detail on the following altruistic punishment-post-worthy topics: Hearing aids for her mother, her tax accountants (savage two-count indictment), and Vanguard. So please, be excellent and excellent to each other in comments, not only for Yves’s sake, but mine (since I am having my own little difficulties with administrivia). We really don’t want to be doing a lot of moderation in our highly irritated states. And you don’t want us doing it. Thank you! –lambert

* **
1,000 feral cats released onto Chicago streets to tackle rat explosion The Hill. So that’s why Rahm wants to leave for Japan!

Photo from a friend but yeah people in Virginia are LOSING THEIR NOODLES over this gas shortage which isn’t really a gas shortage. Where are you driving in the next few days that you need what looks like 35 gallons of spare gasoline within reach in jerrycans??? pic.twitter.com/8UvMZWNaEi

When the Centers for Disease Control and Prevention released new guidelines last month for mask wearing, it announced that “less than 10 percent” of Covid-19 transmission was occurring outdoors. Media organizations repeated the statistic, and it quickly became a standard description of the frequency of outdoor transmission.

But the number is almost certainly misleading.

It appears to be based partly on a misclassification of some Covid transmission that actually took place in enclosed spaces (as I explain below). An even bigger issue is the extreme caution of C.D.C. officials, who picked a benchmark — 10 percent — so high that nobody could reasonably dispute it.

That benchmark “seems to be a huge exaggeration,” as Dr. Muge Cevik, a virologist at the University of St. Andrews, said. In truth, the share of transmission that has occurred outdoors seems to be below 1 percent and may be below 0.1 percent, multiple epidemiologists told me.

The rare outdoor transmission that has happened almost all seems to have involved crowded places or close conversation.

And these “rare” exceptions are perfectly understandable when you have a theory of transmission — aerosols — that can give an account of them. The whole piece is well worth a read, although I cracked a tooth when I came to this: “A very large share of supposed cases of outdoor transmission have occurred in a single setting: construction sites in Singapore” and the ensuing explanation.

* * *
This Overlooked Variable Is the Key to the Pandemic Zeynep Tufecki, The Atlantic. We ran this when it appeared but it’s still germane. The variable is k:

The definition of k is a mouthful, but it’s simply a way of asking whether a virus spreads in a steady manner or in big bursts, whereby one person infects many, all at once. After nine months of collecting epidemiological data, we know that this is an overdispersed pathogen, meaning that it tends to spread in clusters, but this knowledge has not yet fully entered our way of thinking about the pandemic—or our preventive practices….. Multiple studies from the beginning have suggested that as few as 10 to 20 percent of infected people may be responsible for as much as 80 to 90 percent of transmission, and that many people barely transmit it.

This highly skewed, imbalanced distribution means that an early run of bad luck with a few super-spreading events, or clusters, can produce dramatically different outcomes even for otherwise similar countries.

Note the R, an average, conceals k. “Sometimes, the mean is not the message.” Worth a read.

The transatlantic institutional anti-mask campaign, summarised Lessons from the Crisis

1. So an important story I’ve been waiting to see someone write up properly, and haven’t, yet: How Fox News Grandpa Got His Jab. The numbers tell us that older Americans are getting vaccinated in high numbers. But lots of them are conservative Republicans. So what gives?

* * *
How many high school students will come back in the fall? Dismal return rate raises alarms Los Angeles Times

How Each of Us Can Prepare for the Next Pandemic Scientific American. Institutionally, this is brilliant: “Cooperative Extension programs have a long history of teaching readiness and survival skills—and with more funding, they could help us get ready for future outbreaks.” Unfortunately, the article doesn’t mention ventilation anywhere.

Cybercrime a booming business — thanks to COVID Deutsche Welle (Re Silc).

Chinese smartphone giant Xiaomi shares rally over 6% after U.S. agrees to remove it from blacklist CNBC

2/5
restructure its debts and impose haircuts — perhaps even substantial ones — onto their creditors.

It would be a good thing if this were true because it would help undermine the moral hazard that underpins lending in China, but there are at least two reasons I’m skeptical.

Myanmar’s junta is wobbling. The NUG must be allowed to topple it Southeast Asia Globe_. Throwing down the gauntlet?

Next phase of fight against SAC junta begins in Myingyan.

Myingyan People’s Defence Force release statement to begin battle to seize the city. Call out to other Defence Forces to join the fight against SAC. #WhatsHappeningInMyanmar #PeopleDefenceForce pic.twitter.com/B4KhPfimwL

I can’t speak to the provenance. Nor here:

Beauty queen Htar Htet Htet (Miss Grand Myanmar 2013) has posted a Facebook picture of herself with a gun in a jungle setting, and appears to be in combat training https://t.co/AzvkTocRip #WhatsHappeningInMyanmar pic.twitter.com/zrTuyDQWJS

‘Now we are starving’: After coup, Yangon’s most vulnerable struggle to feed themselves Frontier Myanmar. If the NUG wants to move from a para-state to a state, this needs to be addressed.

What does Myanmar’s military coup mean for the future of the country’s flourishing skateboarding community? Skateism. OK, OK, an NGO….

As Centre Seeks to Keep COVID Management Out of Judicial Review, SC Is Set to Examine Its Options The Wire

Brexit Chaos Gone, the U.K. Is Too Cheap to Ignore John Authers, Bloomberg

How Joe Biden could vaccinate the world Ryan Cooper, The Week

The problem of ‘casting calls’ for sources Columbia Journalism Review

The struggle for the survival of US democracy Martin Wolf, FT

‘I don’t know how I can survive.’ Women have been hit hardest by COVID’s economic toll Los Angeles Times

Is Now the Time for American Ghent? On Labor

Can Co-ops Save Restaurants? Mother Jones

What Is Stoicism? A Definition & 9 Stoic Exercises To Get You Started Daily Stoic

Why Do Older Individuals Have Greater Control of Their Feelings? Smithsonian

Is Mars Ours? The New Yorker. I assume Musk’s Mars rocket will include some real estate speculators (cf. Philip K. Dick, Martian Time-Slip). 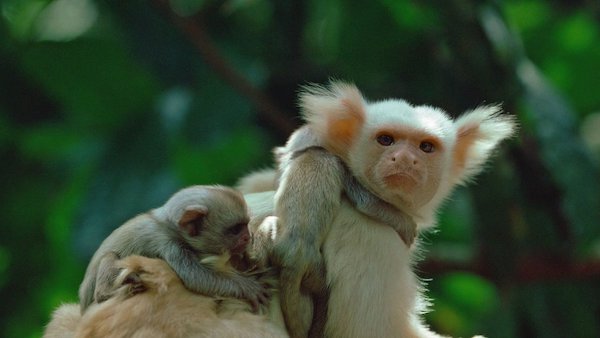