Investment fraudsters found guilty of £2m scam after eight-year-long investigation City of London Police. A call made back in 2013 by our own Richard Smith: “Paul Seakens of Gemmax Solutions Limited Takes an Idiotic Pop at “Naked Capitalism” and ‘redd-monitor’” (other Seakens hilarity here). Eight years is a long time; it reminds me of perhaps the most famous Twitter account ever….

Helpful hint: If Katie Porter asks you a question, she already knows the answer. https://t.co/6eSslHRH2V

The Biggest Tail Risk in Markets Has Shifted Bloomberg

The Counterlife of COVID-19: What Might Have Been MedPage Today

Is the spread of the Indian variant in the UK an inevitable result of living with COVID? mainly macro

Novelty Means Severity: The Key To the Pandemic The Insight

Persistence of Antibody and Cellular Immune Responses in COVID-19 patients over Nine Months after Infection Journal of Infectious Diseases. n = 59. The Conclusion: “SARS-CoV-2-specific immune memory response persists in most patients nearly one year after infection, which provides a promising sign for prevention from reinfection and vaccination strategy.”

Now and then: lessons from the rollout of ART Lancet

Censorship, Surveillance and Profits: A Hard Bargain for Apple in China NYT. Commentary:

Apple is 100% committed to protecting its users from commercial surveillance. But it's also 100% committed to accessing the Chinese market and maintaining its Chinese manufacturing. Warlord Apple will defend you from ad-tech bandits, but not the People's Liberation Army.

Taiwan’s face-time work culture is hurting its pandemic response Quartz. Here is a thread on the same topic:

“But I literally don't have a camera on my computer so I just let my manager throw a fit and then ignore her.”

Myanmar’s coup is uniting a country riven by ethnic divisions. Will it last? Vox. Finally, a Vox explainer.

Myanmar Navy Deserters Speak Out Against Military Regime The Irrawaddy

Source: U.S. helped avert Israeli ground invasion of Gaza; hopes rise conflict could end soon Politico and Biden Is Boxed In on Israel-Gaza, Able Only to Urge a Cease-Fire Bloomberg

As Jews we are told from a young age that our identities are intrinsically tied to the modern State of Israel.

It is taught to us in Hebrew School, in services, and is a deeply held belief by many of our parents, grandparents and family members.

Rights group says Israel may still be arming Myanmar; NGOs call for arms embargo The Times of Israel. Arms and money being fungible, Biden’s latest arms deal with Israel could help the Tatmadaw.

Israel is Making the Same Errors as Britain did Over Northern Ireland 50 Years Ago Patrick Cockburn, Counterpunch

Germany authorizes pipe-laying for Nord Stream 2 in its waters TASS and Scoop: Biden to waive sanctions on company in charge of Nord Stream 2 Axios. ZOMG Putin has kompromat on Biden ZOMG ZOMG.

There are only three Tory seats where home ownership is below 50%. https://t.co/ftLXEfJNpI pic.twitter.com/ijiokTJyP5

On the other hand–

How Public Ownership Helped the Tories in Tees Valley Tribune

Chile votes for radicals and independents to write new constitution FT. 2021 – 1973, the year of the Pinochet coup = 48 years. That’s the time it’s taken to even begin to undo the damage caused by the neoliberals at the University of Chicago and their torturers.

Adversary Drones Are Spying On The U.S. And The Pentagon Acts Like They’re UFOs The Drive. From April, still germane.

The Colonial Pipeline Was Fine, But Its Owner Shut It Down To Make Sure They’d Get Paid Correctly Jalopnik. As NC readers know, but it’s good to see the detail aggregated.

So:
An IP camera that cannot easily be viewed past most firewall setups is not a viable consumer-installed product.
An IP camera that gets breached and allows non-users to see private video feeds, generally remains a viable product once patched.

Google plans to build a commercial quantum computer by 2029 Engadget

Congress demands records from Boeing to investigate lapses in production quality Seattle Times. My favorite Boeing quality assurance story is the ladder and string of lights left in the tail section of one plane. Pilot to co-pilot: “Is something rattling around back there?”

An interview with Gail Haines of Green Mountain Spinnery Grassroots Economic Organizing. This reads like an Ursula Leguin short story in real life, and I mean that as a compliment. 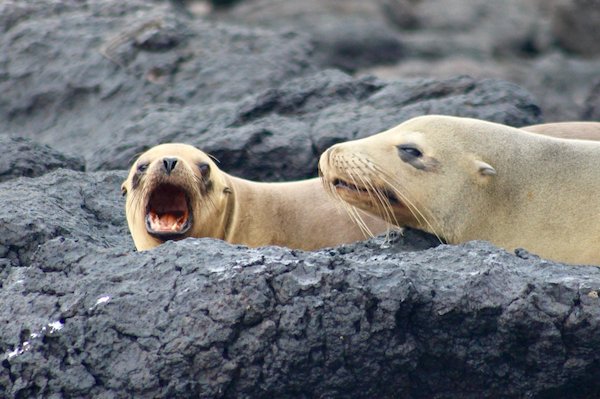