These Plants Act Like Bees in a Hive NYT. Plant eusociality.

Global reflation? (PDF) Bank of International Settlements. “A closer look at the data reveals that the pickup in inflation can be ascribed largely to base effects, increases in the prices of a small number of pandemic-affected items and higher energy prices. A common thread through these causes is that their effect on inflation is likely to be temporary. ”

The two big reasons to doubt the global boom FT

Robotaxis: have Google and Amazon backed the wrong technology? FT. Showing a yellow card on the Betteridge’s Law violation.

Why you can swap Bitcoin for many things, but not buy anything with it Altered States of Monetary Consciousness. I alluded to this in my post on Salmon; I thought I had posted it, but I left it on the cutting room floor.

Characterizing long COVID in an international cohort: 7 months of symptoms and their impact EClinicalMedicine (press release). From the Results: “For the majority of respondents (>91%), the time to recovery exceeded 35 weeks. During their illness, participants experienced an average of 55.9+/- 25.5 (mean+/-STD) symptoms, across an average of 9.1 organ systems. The most frequent symptoms after month 6 were fatigue, post-exertional malaise, and cognitive dysfunction. Symptoms varied in their prevalence over time, and we identified three symptom clusters, each with a characteristic temporal profile. 85.9% of participants (95% CI, 84.8% to 87.0%) experienced relapses, primarily triggered by exercise, physical or mental activity, and stress. 86.7% (85.6% to 92.5%) of unrecovered respondents were experiencing fatigue at the time of survey, compared to 44.7% (38.5% to 50.5%) of recovered respondents. 1700 respondents (45.2%) required a reduced work schedule compared to pre-illness, and an additional 839 (22.3%) were not working at the time of survey due to illness. Cognitive dysfunction or memory issues were common across all age groups (~88%).”

* * *
The inside story of a Covid cluster in an Irish restaurant Irish Times. Lots of hygiene theatre, no coverage of ventilation, miserable absentee management, workers and public kept in the dark. Makes me wonder how Bourdain would have reacted.

Fishmongers from all markets to be tested for Covid-19 after new cluster found at Jurong Fishery Port Straits Times. No mention of migrant workers on the boats, hygiene theatre with “deep cleaning.”

Vaccine inequity: Inside the cutthroat race to secure doses AP

Gross inequality stoked the violence in South Africa. It’s a warning to us all Guardian

Cuba and Haiti must find their own way forward FT

‘My life is in danger. Come save my life.’ Haitian president’s desperate final pleas Miami Herald

Party like it’s 2019! Lockdown-weary revellers cram into nightclubs at midnight as they finally throw open their doors after 16 months Daily Mail

We thank you all for your feedback regarding an intention to ring the Cathedral bells tomorrow marking “Freedom Day”.

We apologise sincerely for the insensitivity of this plan and for any upset cause.

The bells will not ring tomorrow. pic.twitter.com/jiILf7na2G

One rule for us, another for them Yorkshire Bylines

I Kid You Not. Reminiscence of the Future (CL). Holy moley. And see here.

The Big Law Cartel: How Antitrust Lawyers Help Their Clients Break the Law Matt Stoller, BIG. Well worth a read. On “document hygeine”:

“Document hygiene” –> That’s what antitrust lawyers tell clients before a merger. It means don’t put anything in email that says you’ll raise prices or otherwise screw people. If you do that, then enforcers will be able to prove you’re breaking the law.https://t.co/whTRf37NUX pic.twitter.com/t2vlx35Cuv

In other words, corporate records are full of the lies employees tell each other, spurred on by lawyers, and the bigger the corporation, the deeper the layers of impacted bullsh*t; merger after merger, forming geological or rather coprolithic strata. I wonder what, if anything, future historians will make of this.

Almost nobody is repaying their student loans Yahoo News

The spyware scandal in the news today is a chance to reiterate that human beings are incapable of producing defect-free software at any scale. In particular, there is no such thing as a secure online system or a secure mobile platform. This foundational issue won’t go away.

A People’s History of Black Twitter, Part I Wired

Building Solar Farms May Not Build the Middle Class NYT (Re Silc). Re Silc: “W\e are a planter society to the core.”

How Is Covid Changing the Geography of Entrepreneurship? Evidence from the Startup Cartography Project NBER. “Even though legislation such as the CARES Act did not directly support new business formation, the passage and implementation of relief packages was followed by a relative increase in start-up formation rates, particularly in neighborhoods with higher median incomes and a higher proportion of Black residents.”

It Seems Odd That We Would Just Let the World Burn Ezra Klein, NYT

How Many Numbers Exist? Infinity Proof Moves Math Closer to an Answer. Quanta 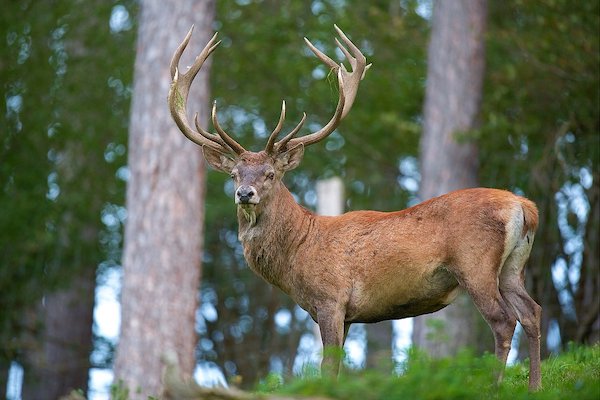