How to redesign our cities to make them heatwave-proof FT

‘Is this legal?’: Why an obscure data service has been sued nearly 100 times for facilitating anti-competitive behavior Investigate Midwest

‘The war has changed’: Internal CDC document urges new messaging, warns delta infections likely more severe WaPo. Too many emojis for my taste, but this is a useful wrap-up/critique well worth reading in full:

📌MORE SEVERE than ever*

Note that the smallpox comparison is perhaps not ideal because smallpox is not airborne. So the comparison isn’t helpful in one’s personal practice. Also, and unsurprisingly, CDC butchers masking. Again.

13) Also, the CDC is still also assuming basic cloth masks in this risk models — the CDC needs to start promoting PREMIUM MASKS ASAP!!! @kprather88 @AbraarKaran @RanuDhillon and I have been pushing this for months to no avail! CDC rejected pushes for premium mask recommendations! https://t.co/UIuhHf9J1o

Finally, the sequence of events: (7/27) CDC issues new guidance; (7/29) CDC “privately briefed members of Congress”; (7/30, later today) CDC to release the science behind this document (although it got leaked to WaPo first). The science is, apparently, the reveal, not the guidance. So why Congress first?

Biden rolls out aggressive plan to jump-start vaccination Politico. Federal workers, bribes, paid leave (yet nothing targeting Blacks, the Democrat-loyal yet least vaccinated identity vertical. Nor anything on delivery in the workplace). Biden: “I know people talk about freedom, but I learned growing up … with freedom comes responsibility. The decision to be unvaccinated impacts someone else.” Showing once again that Biden — and I know this is a low bar — is a better politician than his party, which is focused on its own offended amour propre and firing the blame cannons at Bubba in the Red States.

Pres. Biden: "As of now, my medical advisors say the answer is no—no American needs a booster now."

"But if the science tells us there's a need for boosters, then that's something we'll do. And we have purchased all the supply we need to be ready." https://t.co/59tsvc7M0Y pic.twitter.com/fNLIPAQEeE

So we’ve bought the boosters? No further development or approvals needed?

Ivermectin for preventing and treating COVID‐19 Cochrane Library. Selection criteria: “We included randomized controlled trials (RCTs) comparing ivermectin to no treatment, standard of care, placebo, or another proven intervention for treatment of people with confirmed COVID‐19 diagnosis, irrespective of disease severity, treated in inpatient or outpatient settings, and for prevention of SARS‐CoV‐2 infection.” Author’s conclusions: “Based on the current very low‐ to low‐certainty evidence, we are uncertain about the efficacy and safety of ivermectin used to treat or prevent COVID‐19. The completed studies are small and few are considered high quality. Several studies are underway that may produce clearer answers in review updates. Overall, the reliable evidence available does not support the use ivermectin for treatment or prevention of COVID‐19 outside of well‐designed randomized trials.”

Why Is the FDA Attacking a Safe, Effective Drug? WSJ (here is an unpaywalled version). Subsequent qualifying letter to the Editor on retracted Elgazzar study.

Researchers Find Signs of COVID-19 Mutations in NYC Sewage, Pointing to Possible Dog and Rat Infections The City (preprint). Wastewater testing for the win. And so much for the supply chain, as rats board departing shipping containers.

Aerosol hot spot study within healthcare environments (PDF) Victorian Health Building Authority. “4.2 Locations where aerosols are likely to coagulate…. 4.2.1 Around return/exhaust grilles…. 4.2.2 Sharp obstructions jutting out from flat surfaces… 4.2.3 Around and in small gaps… 4.2.4 Window and door frames … 4.2.5 Ensuite walls and side of the toilet pan.”

AstraZeneca’s having second thoughts about its COVID vaccine business as FDA filing drags on Fierce Pharma. AZ’s had its problems, but in explicltly promising not to make a profit, they are the white crow in Big Pharma.

Nine cases were first detected on 20 July, all among airport staff in Nanjing. Another 24 local cases on Wednesday brought the total number believed connected to the cluster to 171.

Among the recently confirmed cases are people who joined a crowd of 2,000 at a show in Zhangjiajie, Hunan on 22 July. All attendees, who are now spread across China, have been designated “high risk”. People who have since been diagnosed in Dalian and Chengdu reportedly attended the show, with some having travelled there through Nanjing’s Lukou international airport.

Much of the focus is on the airport, where cleaners – who were cleaning planes that had arrived from overseas and domestic flights – contracted the virus and passed it on to colleagues and family.

The central commission for discipline inspection has publicly criticised the airport management, accusing it of negligence. In a statement on Thursday, the most senior enforcement body of the Chinese Communist party, said the airport lacked supervision and had unprofessional management, and that epidemic prevention and control measures had not been properly implemented. It was highly critical of management for not separating staff and operations for international and domestic flights, and called for “deep reflection and rectification”.

But how did the cleaners catch the disease? Aerosols or fomites? NOTE: The South China Morning Post says: “[T]he outbreak [is] thought to be connected to an international cargo flight more than two weeks ago.” Hmm.

What is China’s ‘battle for data’ and who will be targeted next? FT

David and Goliath: Myanmar’s Armed Resistance at the Crossroads The Diplomat. Meanwhile:

The funeral for the young woman killed in Mandalay 2 days ago – without a body because, as so often, the military took the body and cremated it themselves. https://t.co/G9ojCsUp2H

Kolkata: Pandemic Hits India’s Only Bank For and By Sex Workers As Depositors Withdraw Savings The Wire

Pandemic Aid Programs Spur a Record Drop in Poverty NYT. It works, so naturally we’re getting rid of it.

Why MMT rejects the loanable funds theory Lars P. Syll. The topic is a hardy perennial, but worth a read.

American Education Is Founded on White Race Theory The New Republic (Re Silc). “The ongoing [1619] project ‘aims to reframe the country’s history by placing the consequences of slavery and the contributions of black Americans at the very center of our national narrative.’ Its necessity is proven by the conservative backlash to it.”

Media Promotes Fake “Vaccine Hesitancy” Narrative To Justify Coercion And Scolding Michael Tracey. I’m not sure this is an example to emulate:

Picking up a sandwich (with a mask on)

Customer to me: “Living in fear, huh?”

Me: “Yeah. I work with vulnerable, critically ill, immunocompromised children. So, yeah. I’m afraid of killing a child. Thank you”.

Snappy comeback, but does winning the day make a difference?

If Putin is willing to attack our diplomats w/ portable microwave devices that cause Havana syndrome, we shouldn’t assume our elite athletes & the Olympics would be off-limits to him. It’s something we should at least take precautions on. Will discuss further on tonight’s podcast

Who holds the welding rod? LRB

Chronic Illness Cost This Former Dallas Museum Director Her Career. Embracing Novelty Gave Her New Life. Texas Monthly. “On July 8, 2011, she resolved to do something new each day.” 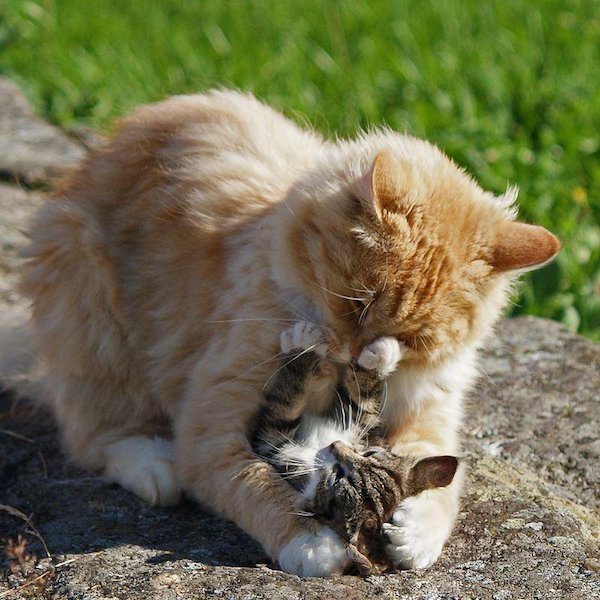