“Neighbors got really pissed off” by Frank Gehry’s Santa Monica home, architect reveals Dezeen. Not keen about it but a lawsuit by someone not on an abutting property seems over the top.

“Everyone wants to do the model work, not the data work”: Data Cascades in High-Stakes AI Google Research (dk)

Why sports concussions are worse for women Nature (Dr. Kevin)

Find Your Soul The Baffler (Anthony L). I’m lucky if I can find my way out of bed in the morning.

How Chinese pressure on covid origins probe shocked WHO — and led Tedros to push back Washington Post (furzy). The US never would have allowed an investigation of the sort the WHO proposed had the shoe been on the other foot. What is also forgotten in that China has invested a lot, propaganda-wise, in blaming Covid on the US and is continuing in this vein. Seen this August 6 CNN story: China doubles down on baseless ‘US origins’ Covid conspiracy as Delta outbreak worsens. So proving ANY Chinese origin, whether zoonotic or lab leak, would be decidedly unwelcome.

A study documenting the trade in live wild animals at Wuhan wet markets stayed unpublished for more than a year. Now, fresh detail on the origins of Covid-19 are finally coming to light https://t.co/hlCGoFPhtM pic.twitter.com/hiePH7wZVh

From Charles Ferguson’s newsletter (he of Inside Job and No End in Sight fame), emphasis original:

Case growth in high vaccination areas. Most national media coverage and government statements have portrayed the Delta surge in both cases and hospitalizations as primarily driven by states with low vaccination rates and/or anti-masking laws, implying that states with higher vaccination rates and/or stronger regulation are being spared. This is flatly false. Over the last month, the state with the highest growth rate in new covid cases in the entire U.S. is Vermont, which also has the highest vaccination rate of any U.S. state. Covid cases in Vermont grew nearly a factor of ten in the last month (from a seven day average of 10 cases on July 12 to a seven day average of 95 on August 12 – and 126 new cases on August 12 alone). Over just the last two weeks ending August 12, high vaccination states with higher covid case growth rates than Texas and Florida include not only Vermont (263% growth in the last two weeks) but also Hawaii (176% growth over the last two weeks), Oregon (144%), Washington state (146%), New York (108%), and Washington DC (158%), versus Texas with 72% growth in covid cases over the two weeks ending August 12, and Florida with only 50% growth. California is slightly behind Florida with 48% growth.

Furthermore, high-vaccination states are also experiencing high growth in hospitalizations. The seven day average for hospitalizations over the two weeks have increased 425% in Vermont, 140% in Hawaii, 70% in Washington state, and 128% in Oregon. This is not to say that vaccination rates and masking policy are unimportant. Without question, the policies of Florida, Texas, and other “resistant” states have worsened their problems, and the health care systems of Florida and Texas are already under severe stress:
https://www.nytimes.com/live/2021/08/12/world/covid-delta-variant-vaccine#texas-hospitals-are-overloaded-with-virus-cases

U.S. Hospitals Are Running Out Of A Crucial Covid Drug Amid Delta Surge And Worldwide Shortages Forbes

How to Actually Get a Trump Voter Vaccinated Vice. Resilc: “How about black Biden voters? Maybe Obama can get off his Martha Vineyard’s ass and promote the vax???????/”

Deer in 4 states have been exposed to the coronavirus, USDA study shows. What does that mean for humans? USA Today (Kevin W)

“Almost every Chinese overseas has at least one family member living in mainland China. Our fear is that our family will be targeted, they will have trouble…. That’s why we have to practice self-censorship.”https://t.co/pLRPLu8mkp

As longtime residents and immigrants depart on crowded planes, many are being forced to leave their pets behind.https://t.co/CX4XgLMwhR

A bald-faced lie’: Biden is slammed for now declaring Kabul ‘chaos’ was inevitable after months of claims it was NOT: Snaps in car crash interview after questions on Afghans falling from planes Daily Mail

Chinese social media users mocked the US troop withdrawal in Afghanistan, saying the Taliban takeover was ‘more smooth than the presidential transition in the US’ Business Insider

We Failed Afghanistan, Not the Other Way Around Matt Taibbi. Per corruption on the US side, Taibbi is correct and then some. This has been endemic in US operations in the Middle East since at least the Gulf War. For instance, see this 2007 story in Vanity Fair about how Alan Grayson, before he ran for Congress, in his capacity as a lawyer and US contracting expert, filed a qui tam suit on the horrific grifting by US contractors in Iraq. What was most remarkable is the DoJ, in stark contrast with just about any other big ticket, well documented suit alleging theft in government contracting, refused to join the action. We also regularly mention the US inability to account for Pentagon spending, see this Cynthia McKinney clip to illustrate how long this has been going on. McKinney being ousted for showing too much ‘tude (such as towards the Capitol Police and AIPAC) always looked like trumped up charges, that it was her poking at the Pentagon was the real proximate cause. And generally, looks like the looting was a feature, not a bug.

George W. Bush Spends Sleepless Night Wondering If He To Blame For Long-Term Collapse Of Texas Rangers The Onion

Through its misuse of military power, the United States has made a terrible mess in Afghanistan Quincy Institute for Responsible Statecraft

Struggle to evacuate Afghans from Kabul airport BBC. Single source: “…the Taliban is only allowing foreigners into the airport, and is keeping out Afghans approved to evacuate with the Americans.”

Taliban in power may find themselves fighting their own insurgents Guardian. Resilc: “Running a non-country ain’t ez.”

The Taliban may have seized biometric data that can ID US allies in Afghanistan The Verge. We ran a tweet on this a few days back, but important not to miss.

The US Is Removing Records of Its War in Afghanistan From the Internet Vice. Closing the barn door after the horse is in the next county.

12 Ways to Break the USA. Atlas of Prejudice (resilc)

COVID-19 is causing yet another shipping bottleneck in China, driving container rates through the roof MarketWatch. You heard this a while back at NC.

The household and the state MR Online (Anthony L) 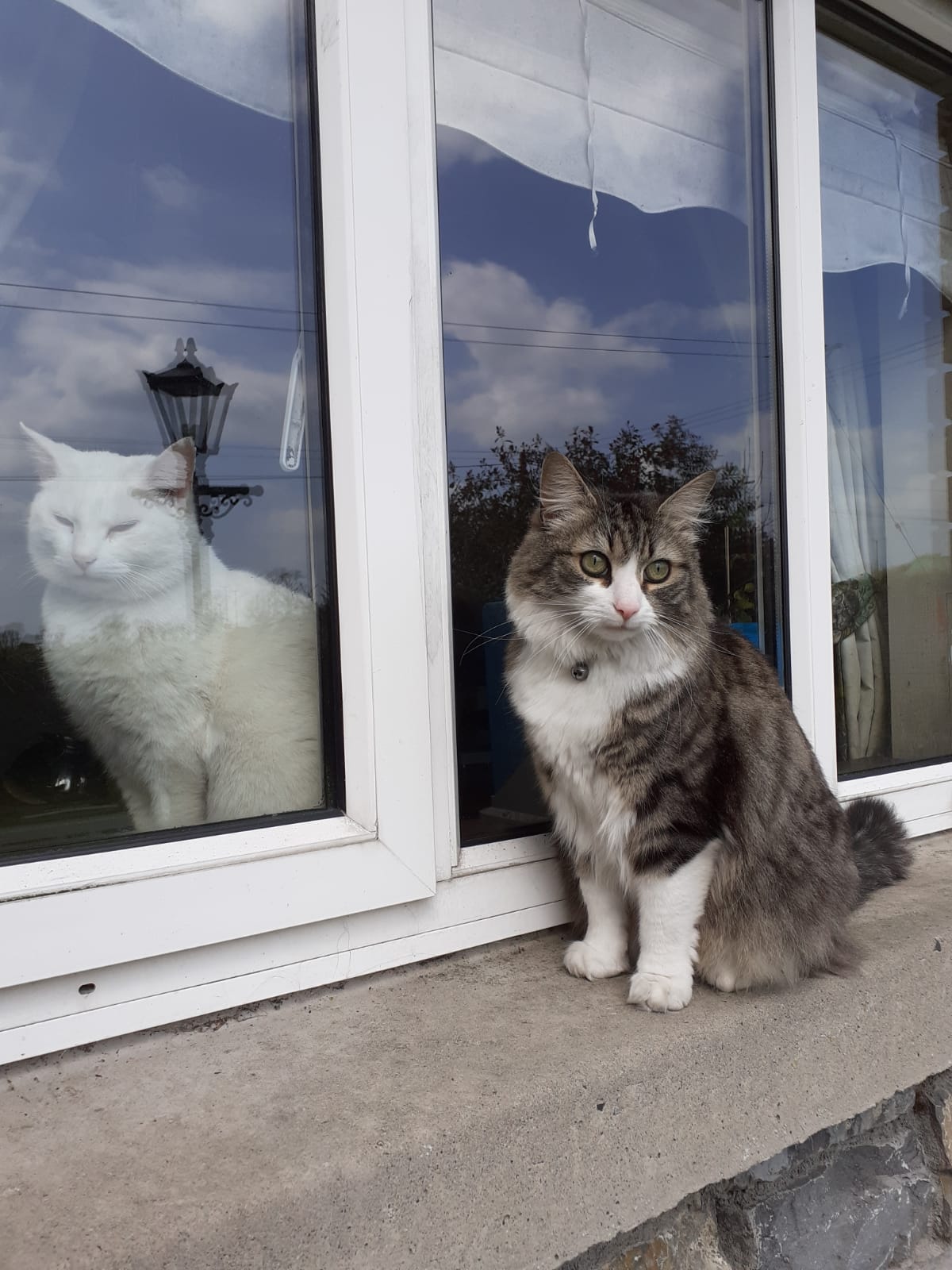 happiness is enjoying the simple things in life pic.twitter.com/2iiJNsCs62