Yves here. Our Richard Smith is back! As you can see below, he’s a co-author of a new piece at openDemocracy on a favorite topic: how shady investment vehicles like Scottish limited partnerships facilitate scams and money laundering.

Richard took up this beat when a friend lost a lot of money to an international scammer. He discovered that the authorities won’t get out of bed if the ripoff is below $20 million, and even then it’s hard to get their attention, since cross border crime is harder to pursue than the domestic sort. And who wants to have to share credit?

Richard and his allies have been documenting how investment vehicles like Scottish limited partnerships, which provide for historically no and recently only lax disclosure of who is behind them, and dodgy company registries are essential for these crooks to flourish. But this is a decidedly technical and therefore unsexy topic, at least as far as the press and regulators are concerned. So despite officials saying they want to Do Something when stories like the Panama Papers and now the Pandora Papers break, their eyes glaze over when they find they have to get into the weeds to actually have an impact.

Funny that the same impediments also help private equity scamming to continue virtually unchecked, even with the SEC having woken up briefly to make noise about it. 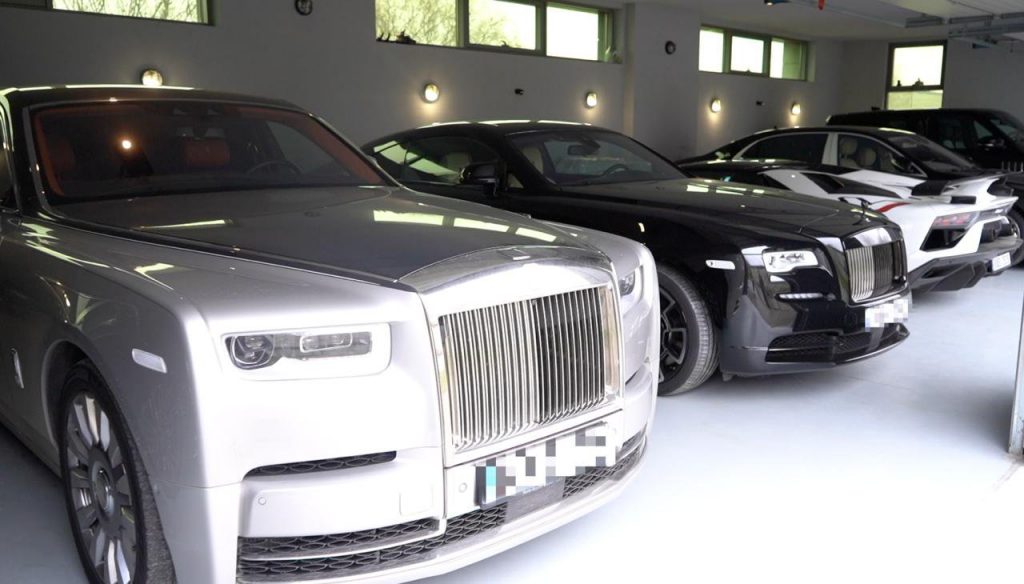 Just before New Year, with a touch of fanfare, police and prosecutors in Ukraine posted a video online.

The film, backed by a dramatic, upbeat soundtrack, showed a garage door slowly opening to reveal first a Lamborghini and then a dozen or so other luxury cars.

Housed in a shining modern curved-roof structure with slate-grey cladding sat a Rolls-Royce, a Bentley, a Range Rover, a Mercedes, a Porsche and a BMW.

These vehicles, according to the title of the YouTube film, were the frozen assets of a group alleged to be involved in an online investment scam which turned over 10 million euros a month between 2017 and 2020.

Bavarian investigators had already identified hundreds of victims in Germany, Austria, Switzerland and Britain. Now their Ukrainian colleagues were also chasing the proceeds of this alleged crime.

Their investigations, openDemocracy can reveal, led them to Scotland.

According to submissions for an asset freeze in August this year, Ukrainian investigators had pinpointed bank accounts where 35.9 million euros from the alleged fraud scheme were “accumulated”.

These accounts were held in the name of a Scottish limited partnership or SLP, a type of shell company that Transparency International has described as “the go-to money laundering vehicle for criminals in former Soviet States”.

Ukrainian prosecutors were, in effect, alleging a UK firm was used to launder the profits of a scam that targeted people in Britain and Europe.

The UK entity, Remini Consulting, is named in Ukrainian prosecutorial filings as having paid half a million euros for a Rolls-Royce. Those filings also claimed the entity transferred money from the alleged scam to other British firms, including another SLP and a London limited company.

The investigation into fraud and money laundering continues in Ukraine. On Monday, 4 October, law enforcement arrested a third suspect in the city of Dnipro, and reported that pre-trial investigation into one of two other suspects, originally arrested in March, had been completed. For the two men arrested earlier this year, bail has been set at a total of 325 million hryvnya, or roughly eight million pounds. A fourth suspect is currently wanted on an international warrant, prosecutors reported.

Ukrainian authorities did not name any suspects in the case. The owners of the frozen property, which included a downtown office block in Kyiv, have successfully contested some aspects of the asset freeze. 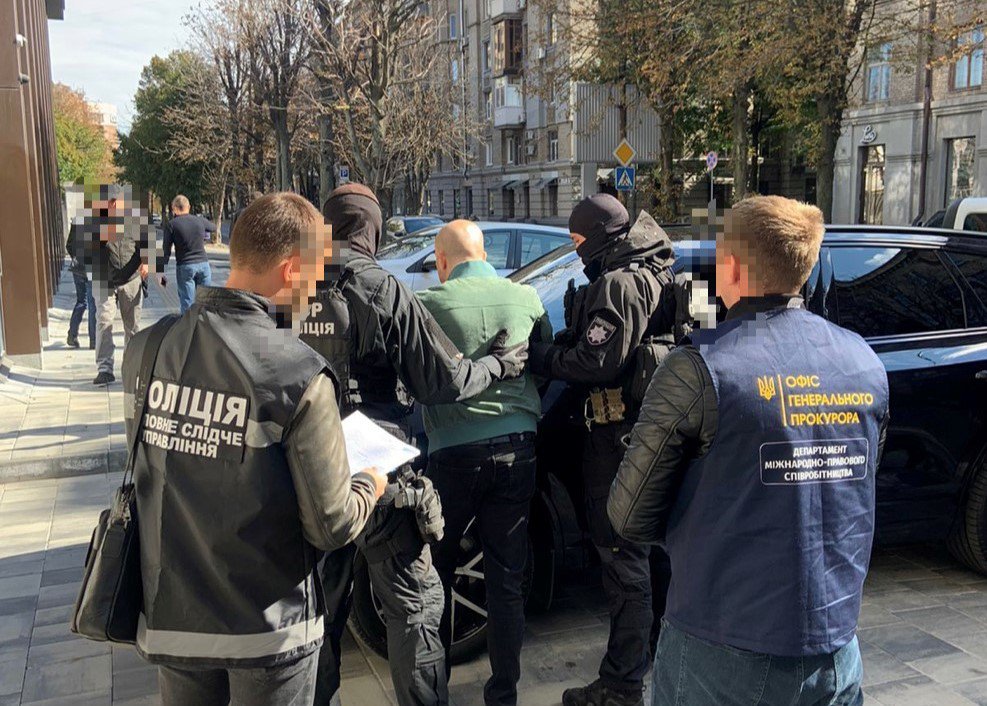 The body issued an update in March on the investigation and reported arrests in Bulgaria, against “an organised crime group (OCG) that defrauded mainly German-speaking online investors via fictitious companies operating from Bulgaria, Ukraine and other countries”.

It said luxury cars and other assets worth 50 million euros had already been frozen in Ukraine in December 2020 and that nine suspects had been arrested in Serbia and Bulgaria in April of that year.

Prosecutors allege that the crime group took money from people through websites which claimed to be making investments. German official sources have suggested some investors were enticed with offers of returns of “a hundredfold”, according to Suddeutsche Zeitung.

“The OCG [organised crime group] asked victims to make an initial payment of EUR 250 to 300 to invest in financial instruments such as binary options, cryptocurrencies and foreign currencies,” said Eurojust. “Following these payments, investors were approached via fake call centres or Messenger services, often speaking German to gain more trust.

“By pretending they had made considerable initial profits and showing false online simulations, customers were lured into making bigger investments.

”Subsequently, significant amounts of money were lost, with funds transferred into various bank accounts and via credit card payments.

“In reality, no investments took place. Via a complex money laundering network covering many European countries, the investments were transferred to participants in the fraud scheme. The companies at the end of this chain were under the control of the OCG members, withdrawing the funds for themselves.

“Last year, the operation concerned complaints of over a thousand German speaking investors.”

Prosecutors suspect there are many more victims of the alleged fraud with some of those who handed over money thinking they lost funds in a risky investment, not a scam.

Eurojust did not cite Remini Consulting. Its name emerged in documents filed by Ukrainian prosecutors. 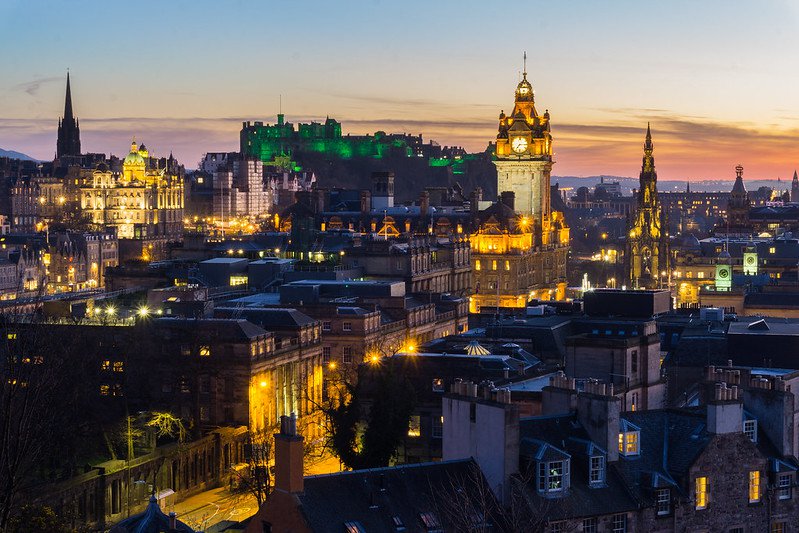 Scottish limited partnerships or SLPs have been routinely marketed in the former Soviet Union as “zero-tax offshore companies”. They have also figured in cases involving money laundering and hiding asset ownership in Ukraine and elsewhere in the region.

SLPs have also been widely used as front companies or payments vehicles for financial investment websites, including those offering cryptocurrencies, as well as internet pornography and gambling.

And they have served similar roles on binary options platforms, which essentially offer investors the chance to gamble on the performance of currencies or stocks.

In 2017 an investigation by The Herald newspaper found that 22 Scottish companies, which had acted as corporate fronts for binary options websites, had been named as owners or payment processors on websites subject to international warnings.

SLP entities require no routine accounts to be filed and partners do not need to pay UK tax. Since 2017 they have had to declare a beneficial owner, or “person of significant control” (PSC), but Britain’s corporate registry, Companies House, is not in a position to verify these. Remini Consulting lists two Ukrainians as its partners and has a Ukrainian PSC.

SLPs are also able to dissolve and be re-established with a simple filing to Companies House, creating what critics call “zombie” partnerships which rise from the dead. This is what happened with Remini Consulting, which declared it had dissolved in November 2020, only to then to declare that process had been cancelled a few months later, in February 2021.

Police Scotland and the Crown Office and Procurator Fiscal Service said they had no record of investigating the alleged fraud scheme involving Trade Capital, Fibonetix, Nobel Trade, Forbslab and Huludox.

openDemocracy recently reported that new research into SLPs had uncovered tens of millions of dollars of opaque investments in a firm linked to the extended family of Uzbek president Shavkat Mirzoyoyev. Asked for comment, the British Government called shell firm abuse “appalling”.

Primary legislation over company law is reserved to Westminster and the Conservatives have announced plans to reform SLPs and to beef up Companies House. The government has not yet said when it will do so.

Campaigners this week stepped up demands for reform after another major data leak – dubbed the Pandora Papers – laid bare both the scale of global illicit finance and the role the UK and other advanced economies play in enabling it.

She said: “The Pandora Papers have to be a moment where the UK government is asked: are you serious about tackling illicit finance or not?”