Inflation in the economy today is different. Here are four charts that can explain why. WaPo

We Need to Think Harder About Inflation Stephanie Kelton, The Lens

Mint After Reading: Philip Diehl Talks with Rohan Grey (transcript) MR Online. Diehl: “[T]here is no language in that provision of law that authorizes the platinum coin that says anything about pricing.”

Anti-SARS-CoV-2 IgA Identifies Asymptomatic Infection in First Responders (accepted manuscript) (PDF) Journal of Infectious Diseases. n = 1007. From the Abstract: “Longitudinal serosurvey of first responders (police, emergency medical service providers, fire fighters, and other staff) employing three serologic tests: anti-spike IgA, anti-spike IgG, and antinucleocapsid IgG correlated with surveys assessing occupational and non-occupational risk, exposure to COVID-19 and illnesses consistent with COVID-19…. Twelve percent of first responders in Colorado at baseline and 22% at follow-up were assessed as having SARS-CoV-2 infection. Five percent at baseline and 6% at follow-up were seropositive only for IgA. Among those IgA positive only at baseline, the majority 69% had a positive antibody at follow-up. 45% of those infected at baseline and 33% at follow-up were asymptomatic. At all time points, the estimated cumulative incidence in our study was higher than that in the general population…. First responders are at high risk of infection with SARS-CoV-2.” So, speaking of the police…

Analysis of SARS-CoV-2 replication in explant cultures of the human upper respiratory tract reveals broad tissue tropism of wild-type and B.1.1.7 variant viruses (accepted manuscript) (PDF) Journal of Infectious Diseases. From the Discussion: “Widespread replication competence of SARS-CoV-2 in various [Upper Respiratory Tract* (URT)] and salivary gland tissues, as shown in this study, very likely contributes to high viral titers and efficient transmission of SARS-CoV-2 between people. High viral loads in URT further allow seeding of virus to the lower respiratory tract as seen in the pulmonary phase of COVID-19.” This would seem to reinforce the utility of nasal spray (and throat) prophylactics. And a nasal spray vaccine — which would invoke a whole separate, “mucosal”” immune system (!), can’t come soon enough for me. I don’t want to say that “jabs in arms” is equivalent to “let ‘er rip,” but it’s certainly misconceived as a forward defense. NOTE * The nose and nasal cavity, the pharynx, and the larynx.

New Delta descendant may be more infectious than its ancestor FT. “This AY.4.2 subvariant has only recently been recognised by virologists who follow the genetic evolution of Delta but it already accounts for almost 10 per cent of UK cases.” AY.4.2 is not yet a “Variant under Investigation,” at which point it gets its Greek letter.

Newly arrived Deputy Chief of Mission Deb Lynn paid her respects to Myanmar's fallen heroes. The U.S. Embassy's Fallen Heroes Memorial honors those who have died because of the military coup. To date, we have placed more than 1,300 stones – each stone representing a life lost. pic.twitter.com/msMXienb71

This is very bad. If we get involved, we’ll [family blog] it up. We have form.

Myanmar Military Struggles to Adapt to New Kind of Conflict The Irrawaddy. A review of the bidding, well worth a read. Big if true (note the source):

A combined force of CNA, CDF- Hakha and CNDF has carried out a joint strike against Myanmar military junta’s forces who are stuck between the main highway of Hakha city and Falam in Chin State.
The attack results in 7 military vehicles destroyed, many soldiers dead and injured. pic.twitter.com/QJY8Wb0q7C

The nightmare of India’s tallest rubbish mountain BBC (Re Silc).

Global Population Control Boris Johnson (see also The Telegraph). From 2007, still germane. Johnson: “How the hell can we witter on about tackling global warming, and reducing consumption, when we are continuing to add so relentlessly to the number of consumers? … This is a straightforward question of population, and the eventual size of the human race.”

Welsh independence to be considered by commission BBC

Democrats to scale back Treasury’s IRS bank reporting plan amid GOP uproar WaPo. “[T]he new proposal will instead require the provision of additional information for accounts with more than $10,000 in annual deposits or withdrawals.” They’ve still got the decimal point in the wrong place. Shorter: Democrats, looking the midterms squarely in the eyes, pass new bank reporting requirements that will hit lower-income voters (because if you think this will be applied to anyone else, I have a bridge I want to sell you). Good job!

Fed Chair Powell sold millions in stocks days before October 2020 tank NY Post. Congress can play the ponies. Why not the Fed?

We Built DC Into an Urban Fortress After 9/11. And January 6 Proved It Was Penetrable. The Washingtonian. From September, still germane.

The Chicago Tribune is being murdered before our eyes Cory Doctorow, Pluralistic. The perp: Alden Capital.

Float, Move, and Fight Foreign Policy. The deck: “How the U.S. Navy lost the shipbuilding race.”

Lament For The Pickup Truck The American Conservative 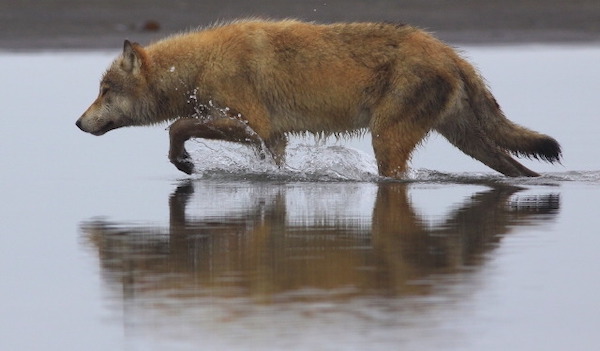