Yves here. Congrats to Michael Hudson for reissuing Super Imperialism. How many writers have books that have withstood the test of time?

Hudson bought back the rights from his publisher and revised and updated it. If you haven’t read Super-Imperialism, now is the time to make up for that lapse. Or you can donate at Hudson’s Paetron page. 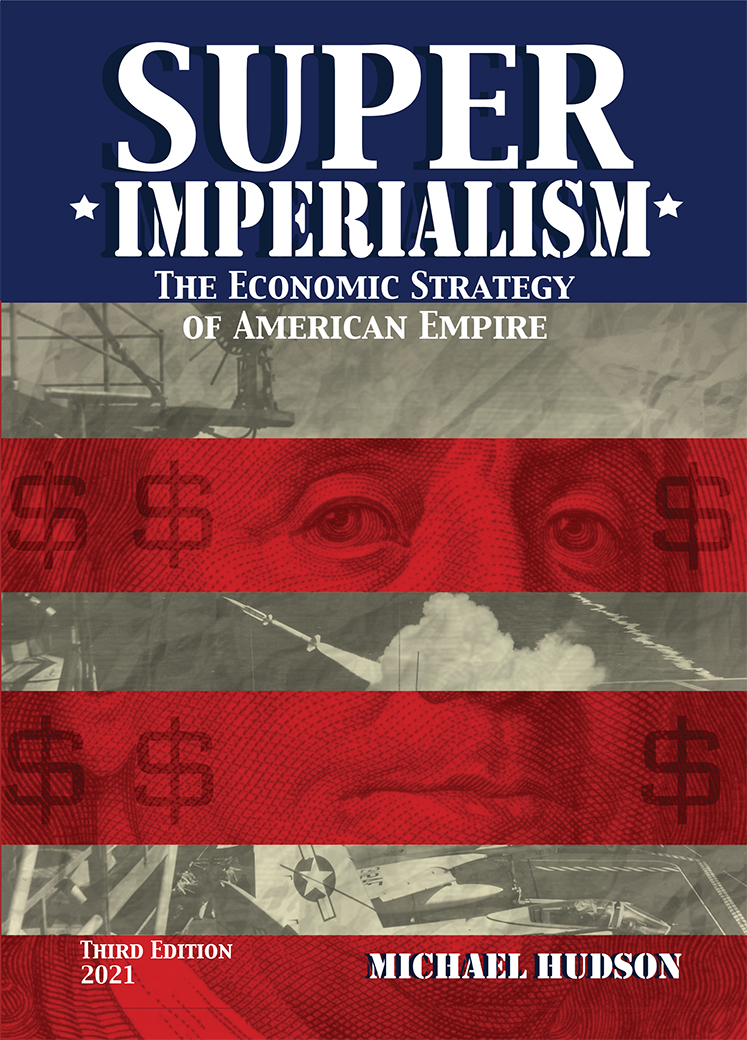 The updated and expanded 3rd edition of Super Imperialism: The Economic Strategy of American Empire is now available.

This highly respected study of U.S. financial diplomacy explores the faults built into the core of the World Bank and the IMF at their inception. Forensic detail reveals how the world’s core economic functions were sculpted to preserve US financial hegemony. Difficult to detect at the time, these problems have since become explicit as the failure of the international economic order has become apparent; the IMF and World Bank were set up to give aid to developing countries, but instead many of the world’s poorest countries have been plunged into insurmountable debt crises.

The book became famous for detailing how the removal of the gold standard left the world’s central banks with only one alternative vehicle: to hold their international reserves in U.S. Treasury securities.

The result was a self-financing circular flow of U.S. military spending and the investment takeover of foreign economies. The larger America’s balance-of-payments deficit grew, the more dollars ended up in the hands of central banks and sovereign wealth funds. Machiavelli could not have planned it better. By participating in this circular flow, nations in effect financed their own economic and military encirclement.

Hudson’s critique of the destructive course of the international economic system provides important insights into the real motivations at the heart of these institutions – and the increasing tide of opposition that they face around the world.

In this book Michael Hudson illuminates one of the most powerful forces in global economics – one which is hidden, and widely misunderstood. It is the use by the United States of a “money-pump” – an economic contraption which liberally pumps out money to finance extravagant US consumption and spending. This “money-pump” works at almost no cost to Americans, and at considerable cost to those who pour dollars into the “pump” – the rest of us. That is why this book is vital reading.

This magisterial account of US imperialism is extraordinary in its range and immediacy. It was clearly written at a time when the events were still fresh in the memory of the author, and so has an authenticity missing in later accounts of the US’s decisive changes to the global economy.”

You’ve shown how the United States has run rings around Britain and every other empire-building nation in history. We’ve pulled off the greatest rip-off ever achieved.

Support my work by becoming a supporter on Patreon.