Release of wild cheetahs in Mozambique could be answer to conservation of the species, biologists say ABC

Brrr! It got so cold in Florida, iguanas fell from trees ABC

Incredible video shows Nantucket UNDERWATER as winter storm Kenan barrels through New England: More than 30 inches of snow could fall in parts of Massachusetts Daily Mail. I sure hope Obama’s house is OK.

Where did Omicron come from? Three key theories Nature

Persistent SARS-CoV-2 Infection with Accumulation of Mutations in a Patient with Poorly Controlled HIV Infection (preprint) SSRN. The Abstract: “A 22-year-old female with uncontrolled advanced HIV infection was persistently infected with SARS-CoV-2 beta variant for 9 months, the virus accumulating >20 additional mutations. Antiretroviral therapy suppressed HIV and cleared SARS-CoV-2 within 6-9 weeks. Increased vigilance is warranted to benefit affected individuals and prevent the emergence of novel SARS-CoV-2 variants.” If I were writing a science fiction novel about the war between viral and human collective intelligence, I’d see HIV as the beachhead, and SARS-CoV-* as the opening offensive….

New Triumphs & Struggles for Non-Profit Covid Vaxes Hilda Bastian, Absolutely Maybe. Note that the first non-profit vaccine to be strangled in the cradle was a nasal spray, presumably (therefore) sterilizing.

Thank goodness we did all the work Virology Down Under. Savage irony and well worth a read. That’s Australia. Now, about Canada:

1) On Nov. 30, 2012, François Legault, as leader of the then-fledgling Coalition Avenir Québec, pronounced that he was “shocked” when he read a report by the province’s auditor-general on the poor quality of air in elementary schools back then. What has he done since about this?

Examples could be multiplied…

Study to look at reducing disease spread in Singapore buildings Straits Times. A civilized country, where “living with Covid” isn’t a euphemism for dying from it.

Why Churches Should Drop Their Online Services Tish Harrison Warren, NYT. I had not hitherto been aware that John 20:22 included aerosol transmission as a desideratum Church services take place in closed, crowded, close contact spaces, and often include congregational and choral singing, known to transmit. Building idolatry aside — Warren makes no mention of ventilation — the op-ed throws the house-bound and disabled under the bus too, permanently, good job.

Omicron Pushes Health Authorities Toward Learning to Live With Covid-19 WSJ. Not only does our ruling class have its story, they’re sticking to it, and they want the entire world to stick to their story, too. It’s understandable. I would, too, if I had done what they have done.

China’s zero-COVID strategy: what happens next? Nature. “Throughout the pandemic, China’s international borders have effectively been closed, preventing almost anyone from getting in or out. That has kept daily cases in the country in the hundreds or fewer, rather than the hundreds of thousands of daily cases recently seen in countries such as the United Kingdom and the United States.” Clearly, China needs to create some sacrifice zones among the populace, like liberal democracies do.

China punishes cold-chain managers for ‘obstructing’ COVID prevention Reuters. China is said to have cases (although the possiblity was mooted in New Zealand, and ruled out).

Myanmar’s National Unity Government: A Radical Arrangement to Counteract the Coup ISEAS-Yusof Ishak Institute. Worth a read. “Arrangements” like a constitution from NUG:

At a three-day conference; amazing they lived to tell the tale. A new Constitution is far beyond anything the now-irrelevant Aung San Suu Kyi’s NLD proposed.

Myanmar has approved $3.8 billion in foreign investment since a coup a year ago, its military government said on Thursday Reuters. Gas, mostly.

One of the reasons i didn't do any "reporting" while in Kyiv is, I really find ambulance chasing icky. The clear excitement of the western media, about another conflict they get to report on (with zero risk to themselves) with drama, seriousness, & fiend empathy, is simply gross

US finalising sanctions against Russia over Ukraine aggression FT

The Battle for the World’s Most Powerful Cyberweapon NYT

The Inevitability of Trusted Third Parties Cory Doctorow. “if: problem + blockchain = problem – blockchain then: blockchain = 0.” A must-read, and read all the way to the end.

More Than 80% of NFTs Created for Free on OpenSea Are Fraud or Spam, Company Says Vice. Film at 11.

The NFT Art World Wouldn’t Be the Same Without This Woman’s ‘Wide-Awake Hallucinations’ Rolling Stone. Commentary:

Bored Ape Yacht Club is built on the work of a WOC illustrator who has gotten no royalties, negligible credit, and didn't know about the phenomenon until she started seeing celebrities using her drawings as profile pics. Wow NFTs are so good for artists!https://t.co/yhzl39VLh8

Senators push for Medicare to reimburse at-home COVID-19 tests like commercial insurers Healthcare Finance. ZOMG it doesn’t already? This Becerra dude is such a no-show.

That’s a lot of administrators:

Truly weird times when there are like 8 phone numbers for you to call if you as an adult encounter an idea you dislike https://t.co/B3zzzoJG1S pic.twitter.com/Yo3hLZ93Bi

We removed the phones and ethernet connections in our offices so our department could save money. https://t.co/u4keX8BmT1

Different universities, I grant. But still.

Florida trucker in Canada convoy: ‘We’re here to join a movement’ Freight Waves. Not sure why a proof-of-concept that the supply chain is an enormous chokepoint comes with right-wing ideological markers, and in the midst of a unionizing upsurge, too, but here we are. DItto the Capitol seizure, if it comes to that. As I keep saying, conservatives are serious about their politics…..

The moral calculations of a billionaire WaPo

You Don’t Use Google, Google Uses You! (With Prof. Shoshana Zuboff) (podcast) Russel Brand, Under the Skin

Child care workers are vanishing and it’s hurting the entire economy CNN. Hence the PMC’s desire to park their children in schools. 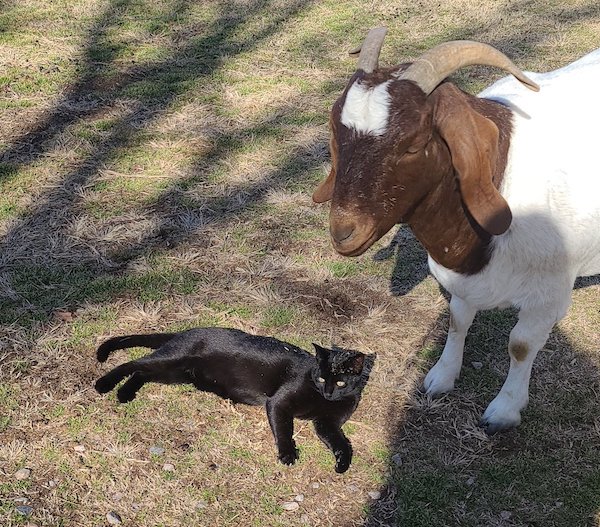