The headline above has become a recurrent theme in our Covid brain trust. Here’s one example from December, the approval of Merck’s Covid treatment molnupiravir, which showed only 30% effectiveness and will generate Covid mutations:

Molnupiravir is, to put it in clear terms, a potentially dangerous and virus-enhancing drug. It is not an effective antiviral medication outside of the confined conditions of cell culture and hamster cages. I'll explain below.

The entire thread is worth reading but the sections above make the key point.

In case you need more persuading, how about:

The data that supports the new @CDCgov 5 day isolation period without a negative test pic.twitter.com/eRIwgGFd01

And we now have the testing fiasco: there aren’t enough and so hospitals and doctors are flying blind. IM Doc, who practices in a very affluent area, has been distraught. From recent e-mails:

I am quite literally in the middle of a tsunami.

This AM we had 109 cases from the night and day before – rapidly falling way behind and there is no end in sight.

I can no longer call them COVID, however, we simply have no testing. I have 24 that have actual positive COVID testing – the other 85 we are doing sheer guess work.

Please remember – we were griping about busy days just a few weeks ago with 20 or so COVID patients. Just imagine what it is like here now. I have one staff out on quarantine. And the other one is just frazzled and overwhelmed and emotional after days of this. The other two have been pulled to other critical areas because they have zero staff. There was a time when we would all be on quarantine because of the exposure. I do not have adequate test kits to waste on testing them though.

The private home tests have completely dried up. Many patients have plenty that they have hoarded apparently – but not willing to share. People are being requested to stay home with mild symptoms – and so all I have is guess work on Zoom or the phone….

I have never felt so helpless or out of control in my life.

On top of this is all the usual stuff every day in a busy practice – abnormal mammograms, glucoses going off the wall, chest pain, infected toes – you name it.

And how about masks? After having treated not wearing a mask as a sign of vaccinated virtue last May, and not bothering to communicate that the quality of masks matters, let alone not using the National Production Act to ramp up output of N95 and distribute them for free, only now do we see the press clear its throat and show how much they can help:

This graphic from the @WSJ is incredibly helpful pic.twitter.com/kQ1YyjOsg7

Yet as Lambert has pointed out, the CDC is still discouraging the use of N95s, despite the lack of evidence of any shortages (unlike early in the pandemic, when mere procedure masks were hard to come by). On top of that, when I went to the hospital when my mother was dying, I didn’t see a single N95 mask among staff or doctors, and even worse, mainly badly worn cloth masks. 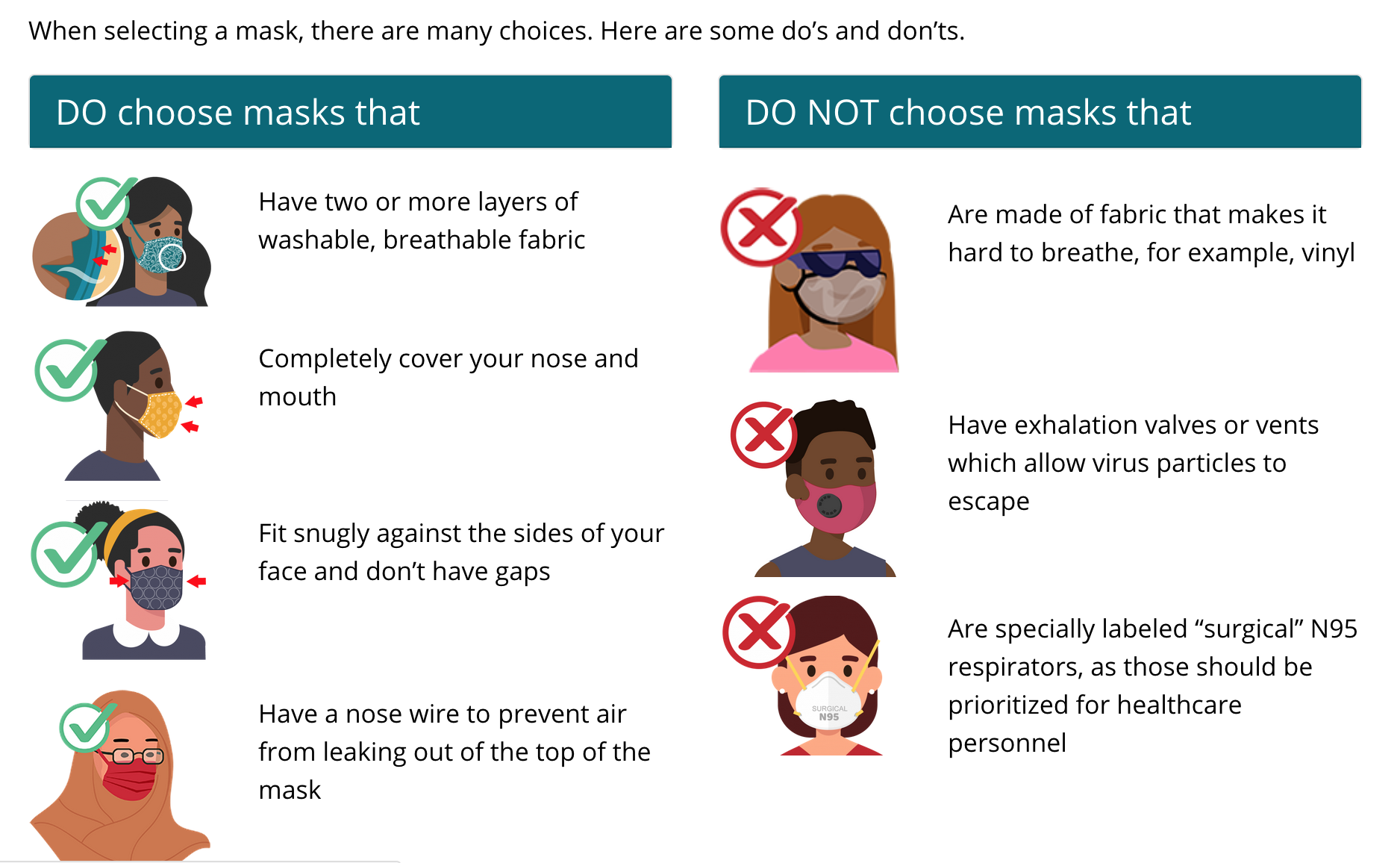 How to explain this grotesque level of official negligence? Sadly, the most parsimonious explanation is the desire to minimize disruption of existing institutional and power relations. A contributing factor is laziness and lack of imagination.

Scientist GM has been relentlessly criticizing the pandemic response. Hoisted from his comments over last weekend:

There was only ever one option and it is to do exactly what the Chinese did in Wuhan and have been doing ever since.

If your country is not doing that, then we enter the socioeconomic and political sphere, in which there are two possibilities:

1. Your country is incapable of doing what has to be done. In which case it is a failed state, by definition — it is failing at its most basic duty of protecting the life and wellbeing of its citizens.

2. The ruling class of your country does not want to do what has to be done. In which case that ruling class is guilty of premeditated mass murder on a scale never seen since WWII.

Those two possibilities are not mutually exclusive — it is clear that quite a few countries are both incapable of doing actual public health the way it’s supposed to be done and have leadership that does not want it anyway.

But there are clear examples where the virus was contained and then it was deliberately let loose.

Australia right now is the most striking such case since the beginning of the pandemic, but the same was done previously in quite a few other countries.

But that takes us back to our current overlords carrying out a deliberate program of physical extermination against their own population;

I don’t see how that gets resolved without the population understanding that and launching a counterprogram of physical extermination of the ruling class 1917-style. The population has the advantage of raw numbers, but it is hopelessly misinformed and divided.

Where the vaccine features in this story is that it allowed the ruling class to pull the wool over the eyes of society and first, make it seem that it is doing something to solve the problem, and second, that its “solution” is sufficient.

But it is not, and that was known to everyone who understood the situation already in 2020. This is not measles, smallpox or polio, it’s a respiratory coronavirus, and we knew immunity against those is fleeting and unreliable.

At best we had a window of a few months in early 2021 when the short-lived protection from infection could have been used to help with an elimination program before major vaccine escape had evolved.

To help illustrate the problem better, what happened before vaccines?

The following countries completely eliminated the virus, many of them multiple times:

China, Taiwan, Australia, NZ, Vietnam, Laos, Singapore, Thailand, Cambodia, Laos, Hong Kong, Montenegro, and several others in Eastern Europe got it down to 5-6 cases a day.

Again, that was before vaccines.

All of those countries except for China and Taiwan abandoned containment, which has resulted in a lot of deaths in many of them, and they are just getting started. NZ has not yet experienced it, but will inevitably have the opportunity to enjoy the experience unless it reverts back to elimination.

We don’t know how exactly the decision making went in most of those cases, except for NZ and a little bit in AU — in NZ the scientists all of a sudden were left out of the loop and the government announced it is abandoning elimination. Clearly against their advice.

And you see what is happening now with Omicron — absolute records of infections all around the world.

So what has the net effect of vaccines been?

Kind of negative in terms of public health outcomes.

For which the vaccines themselves are not to blame, but again, they were used in order to provide and excuse for the policies that brought us to where we are.

As we’ve said, the “Let ‘er rip” policy means every man for himself. Take heed.