SARS-CoV-2 Incidence in K–12 School Districts with Mask-Required Versus Mask-Optional Policies — Arkansas, August–October 2021 Morbidity and Mortality Weekly Report, CDC. From the Sunmmary: “In Arkansas during August–October 2021, districts with universal mask requirements had a 23% lower incidence of COVID-19 among staff members and students compared with districts without mask requirements.” How can the remaining scientists at CDC continue to work there under management that believes maslks are a “scarlet letter”?

Even cautious Covid experts start to lower their guard as Biden urges return to normal NBC. Translation: “The dogs won’t eat the dogfood.” Democrat consultant: “I don’t understand. The knobs are already at eleven!”

This treatment can protect vulnerable people from COVID. But many don’t know about it LA Times and Hospitals use a lottery to allocate scarce COVID drugs for the immunocompromised CNN. An Evushied lottery. A little bit too on-the-nose, surely? Let ‘er rip!

Why a deficit in the immune system might affect social behavior remains a matter of speculation. However, Filiano and his fellow researchers hypothesize that the “pro-social” function might actually have been interferon gamma’s original biological role and that pathogens may have evolved the capability to activate that function to drive increased social interactions and thus help spread themselves between individuals. In turn, “the interferon gamma pathways were recycled as an anti-pathogen response to limit the spread of infection as we come together,” [Dr. Anthony] Filiano says.

If that hypothesis sounds far-fetched, consider this: A study at Binghamton University, published in 2010 in Annals of Epidemiology, found that participants who had received a flu vaccination engaged in an increased number of social interactions in the 48 hours following the administration of the medication. Researchers called it “the strongest indicator yet discovered of pathogen-mediated behavioral change in otherwise asymptomatic humans.” In other words, the flu virus inside the vaccination could have hijacked some part of the participants’ immune system to make them more sociable—to spread itself.

Speculating freely here, and maybe the Brain Trust can talk me off the ledge, but what if…. What if, for example, the upwelling of desire for “Hot Vax Summer” was an instance of “pathogen-mediated behavioral change”?

Why the Chinese Internet Is Cheering Russia’s Invasion NYT. The deck: “As the world overwhelmingly condemns the assault on Ukraine, online opinion in China is mostly pro-Russia, pro-war and pro-Putin.” By “world,” I take it we mean the bubble in which the Acela class can live and travel freely, and where English is typically spoken. Since apparently China’s internet is not part of “the world.”

China’s city elites wake up to scale of trafficking after chained woman shows human side of age-old crime South China Morning Post. So China’s PMC is a lot like our own (and Xi really is riding a tiger).

After a year of reporting on Myanmar’s military coup, I knew my luck would eventually run out Guardian

Why do so many Indonesians back Russia’s invasion of Ukraine? Indonesia at Melbourne

Women are not Lee's natural constituents. His public image is a lout who can unleash a torrent of vulgarities on a dime. It's extra work for him to go after women votes. It would have been much easier for him to just triangulate against a blatant sexist like Yun. 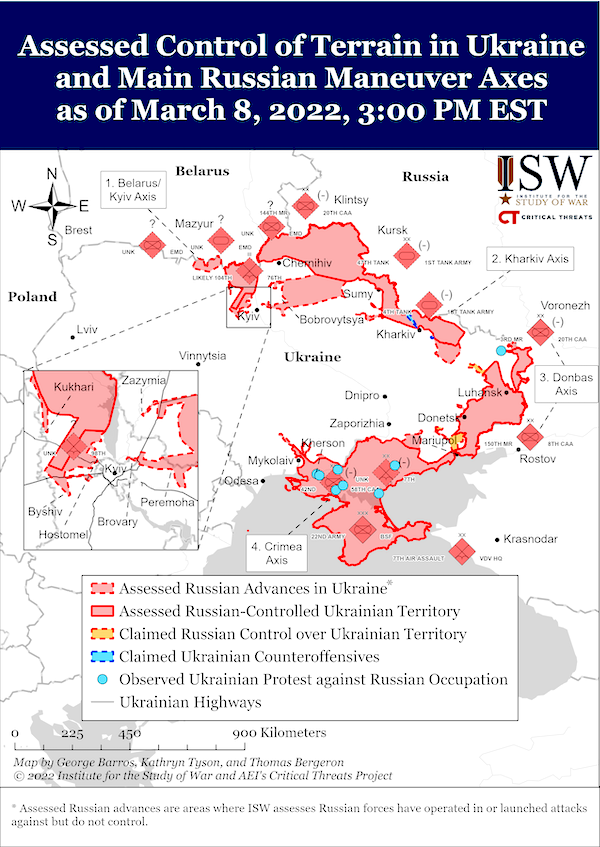 Looks like status quo, to me. (The legend claims that highways are included; I tried heightening contrast to make them show up better, without much success.)

Full Transcript Of Putin’s Remarks On 3/5/22: Includes Comments On Why He Ordered The Military Operation In Ukraine, Why It Went Beyond Donbas, Whether He Plans To Declare Martial Law, Etc. Natylie’s Place: Understanding Russia. Worth reading in full.

How the War in Ukraine Could Get Much Worse Foreign Affairs. Somebody’s gonna have to dial back the triumphalism:

The United States should be especially attuned to the risks of escalation as the next phase of conflict begins, and should double down on finding ways to end the conflict in Ukraine when a window of opportunity presents itself. This may involve difficult and unpleasant choices, such as lifting some of the worst sanctions on Russia in exchange for an end to hostilities.

Somebody also needs to figure out for Biden how to present “difficult and unpleasant choices” as victory. The midterms aren’t far away!

We joke that he foreshadowed his rise to presidency with those viral clips — but Zelensky is no ordinary man. He was far from being ordinary or middle class. Zelensky was a billionaire. Or, as he calls Russian billionaires nowadays — oligarch.

I suspect that for many liberal Democrats, Zelensky fits right into the Jon Stewart/Stephen Colbert hole in their heads, but he’s really quite a different entity. This whole thread is excellent.

The Implications of Unrestricted Financial Warfare (excerpt) The Overshoot

Ukraine war: Poland offers all its MIG-29 fighter jets to US in plan to provide aircraft to Kyiv Sky News. Thanks but no thanks:

BREAKING – Pentagon response to Poland's proposal on jets: "We will continue to consult with Poland and our other NATO allies about this issue and the difficult logistical challenges it presents, but we do not believe Poland’s proposal is a tenable one.”

I guess it’s not that easy to launder aircraft.

The consequences of flooding Ukraine with billion dollars in 🇺🇸 weapons, likely not limited to just military-specific equipment but also including small arms + ammo, are unpredictable & likely disastrous.

Specially when they are given to paramilitary groups w/out accountability.

It's actually incredibly easy to not give missiles to Nazis, and the fact that NATO keeps doing it shows that they must want the Nazis to have missiles. https://t.co/SMN0jqmZ6l

The blinding speed with which Western governments have gone from "there's nothing more urgent than stopping Far Right violence" to "we have to arm neo-Nazis to fight Russia" has really been something. https://t.co/Q1GskbAKmZ

A Toddler’s Terror, as Families Flee Shelling in Ukraine The New Yorker. So — just spitballing here — make Ukraine neutral, since Obama didn’t regard it as a vital national interest, and bring a halt to NATO expansion? On the downside, if we did, sentimental New Yorker readers could no longer get weepy (“I have no words” MR SUBLIMINAL Thank gawd!) about teh babies!!!! — at least until they reheat our southern border as an issue under the next Republican administration — but unity demands sacrifice, sometimes even our own.

Chartbook #95: Is “Ukraine the West’s fault”? On great powers and realism Adam Tooze, Chartbool and John Mearsheimer and the dark origins of realism Adam Tooze, The New Statesman. I’ve read these companion pieces a couple of times. I think, when you leave out the potted intellectual history, they both boil down to handwaving. What do readers think?

There are no good choices for the west on Ukraine Martin Wolf, FT

Nuland: US Working With Ukraine to Keep US ‘Biological Research Facilities’ Out of Russia’s Hands Antiwar.com

Mapping Ukraine’s Refugees Joshua Stevens. The deck: “A Defense of Proportional Arrows from Geography’s Radical Past.”

K Street was fine taking Russian cash — until it couldn’t Politico (Re Silc).

Food Is Just as Vital as Oil to National Security Bloomberg

Who could forget “the moderate rebels”?

Check this out. In 2019, @nytimes accurately described Azov Battalion as "Ukrainian neo-Nazi paramilitary organization" (left image). Now it's just a "unit of the Ukrainian National Guard" (right image). See how this works? pic.twitter.com/o24kYo4aJr

How Did This Many Deaths Become Normal The Atlantic. First slowly, then all at once?

Reasons You May Have Brain Fog (slideshow) WebMD. Oddly, Long Covid is not mentioned. Nor is being subjected to two enormous propaganda campaigns (Ukraine On; Covid Off) simultaneously. Dudes, come on. 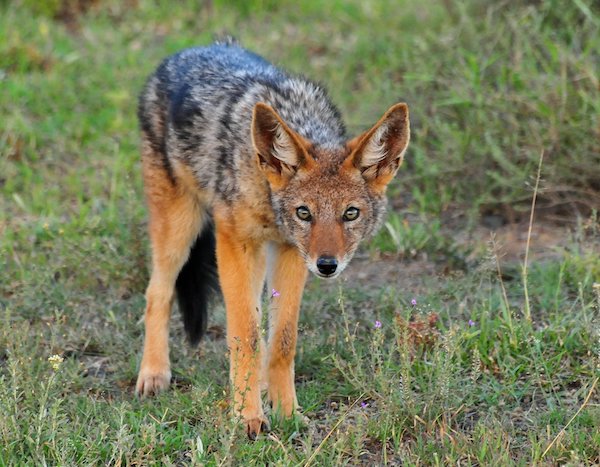