We need to find a couple of videos of Ukraine that seem to be only on Telegram. Neither Lambert nor I are willing to sign up because Telegram now wants too much personal information. If any readers with established Telegram accounts are willing to try to locate some particular videos and send us coordinates, please write me at yves-at-nakedcapitalism-dot-com with “Telegram” in the headline. Thanks!

Hologram doctors beamed to space station to visit astronauts Space.com. Kevin W: “It is a shame that the first words spoken were not ‘Please state the nature of the medical emergency'”. See also: https://www.youtube.com/watch?v=W2On-nEoe1A

Covid hasn’t given up all its secrets. Here are 6 mysteries experts hope to unravel STAT (NorD94)

The CDC’s mask mandate for flights needed to go Washington Post. Of course the voice of the PMC would say that.

US officials heading to Solomons over China pact worries Associated Press (RobertC). Usual US trying to close the barn door after the horse is now in the next county, per China Signs Solomon Islands Pact, Over U.S., Australia Opposition Wall Street Journal

The French election is getting hairy! Macron tries to woo younger voters with a series of ‘behind-the-scenes’ photos (so which macho man is he trying to copy?) Daily Mail (Li)

Two Cheers for Realism Francis Lee, The Saker (Chuck L). Useful and timely discussion of the Treaty of Westphalia.

EXCLUSIVE. Nassim Nicholas Taleb: “We must humiliate Putin so that he backs down” L’Express. Original here. Lambert: “Shockingly naive and dangerous.”

Russia gives fresh ultimatum to fighters in Mariupol BBC. The result of a sudden “tah dah” claim that there are civilians in the Azovstal factory. Russia said it doesn’t buy it but gave the holdouts one more chance because optics.

Foreign Minister Sergey Lavrov’s interview with India today, Moscow, April 19, 2022 YouTube. Note that quite a few sites are declaring that Phase 2 of Russia’s campaign has begun based on a throwaway remark in Lavrov’s interview. I concur with Alexander Mercourius’ take, that Lavrov was merely reaffirming what other senior Russian officials had said in March, that Russia had completed Phase 1 and would be starting its second phase. Mercouris is of the view that Phase 2 had already begun but Russia is picking up the tempo.

Per the below, I believe it was Bloomberg that recently reported that Ukraine is using up equipment and ammo shipments in a day that the US thought would last a week. Even though Russia is very good at blowing up supply depots and new deliveries, they aren’t that good. It’s a safe bet that a lot are being sold.

A sanctions counter measure: gas payments to Russia in rubles Bruegel. Help me. We predicted very close to exactly what the mechanism would be when Putin made his initial statement, since he’d set enough boundary conditions that there was pretty much only one way it could be done. Even so, with taking weeks to get to this matter, this think tank adds nothing to our initial and more fleshed out take (once the mechanism was published) except for getting a key detail wrong! Gazprom does not go to the Russian Central Bank to get the roubles in exchange for the euros/dollars/sterling deposited by the gas buyer. It executes the FX transaction on the Moscow Stock Exchange. Now one can argue that ultimately the Moscow Central Bank is the supplier of roubles….but that will happen only if and when banks need more reserves and the central bank has to supply them to maintain its policy rate.

Something Happened By Us: A Demonology New Atlantis. Resilc cites:

In 1841, the Scottish journalist Charles Mackay published a book that would eventually assume the title Extraordinary Popular Delusions and the Madness of Crowds. “We find that whole communities suddenly fix their minds upon one object, and go mad in its pursuit; that millions of people become simultaneously impressed with one delusion, and run after it, till their attention is caught by some new folly more captivating than the first.”

Today five stores in the Richmond, VA area had their votes counted, and ALL FIVE voted to unionize! Virginia is for UNION lovers ❤️❤️❤️ https://t.co/QmDTA9HYMB

Democratic Elites Don’t Understand the Class Culture Gap New Republic. Resilc: “A kid down the street here in Vermont is an electrician in SE Mass, he flies into Nantucket and Martha’s Vineyard to work……”

A snapping turtle who has come out of hibernation, along with a painted turtle. Painted turtles have been around the past few week or so. Given all the problem with human-to-human relationships, it always amazes me how different animal species can coexist without any hassle. 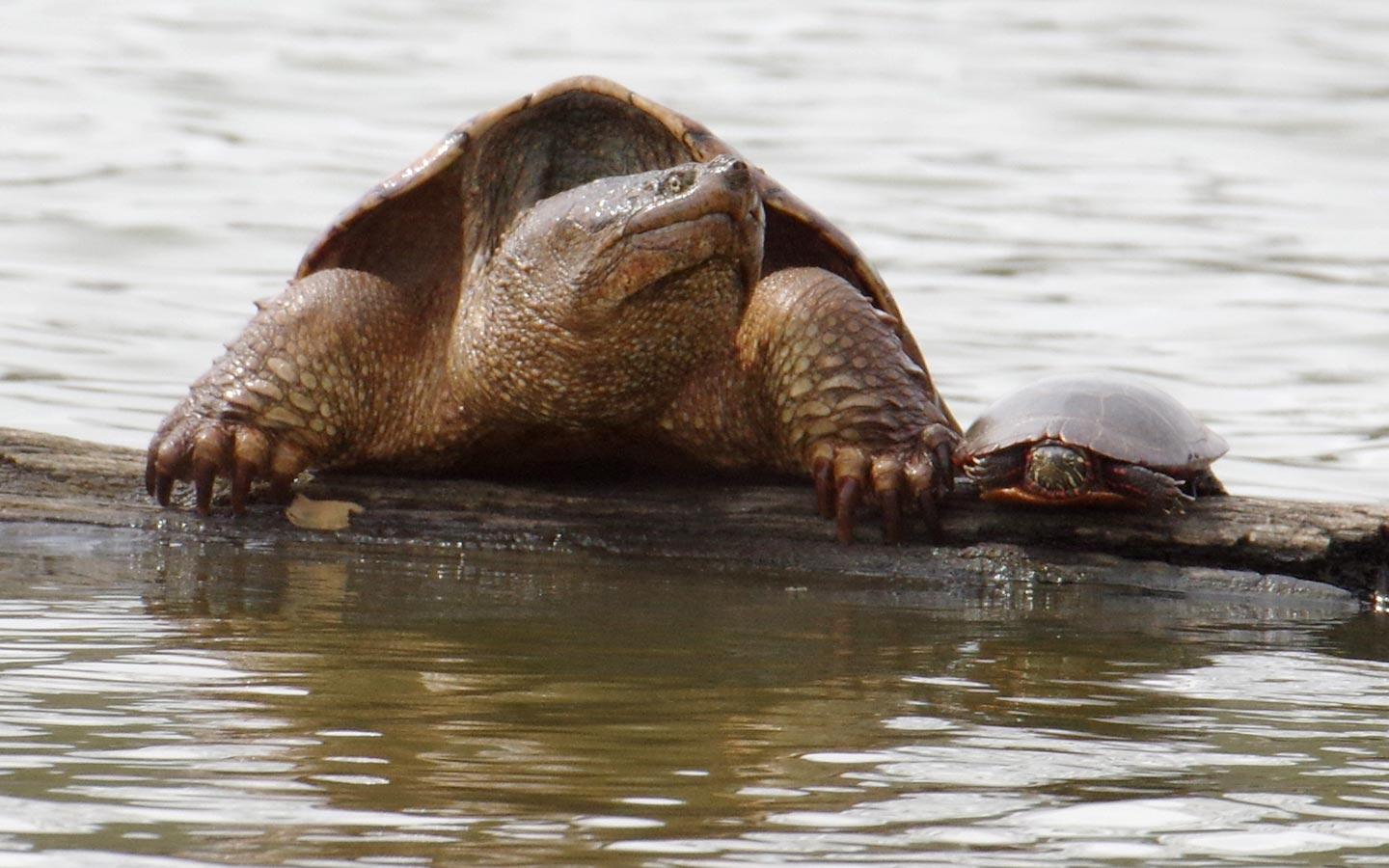 You gotta be kidding me… pic.twitter.com/77tFEEsyzX