We need to find a couple of videos of Ukraine that seem to be only on Telegram. Neither Lambert nor I are willing to sign up because Telegram now wants too much personal information. If any readers with established Telegram accounts are willing to try to locate some particular videos and send us coordinates, please write me at yves-at-nakedcapitalism-dot-com with “Telegram” in the headline. Thanks!

Despite In-Flight Celebrations, Many Americans Would Prefer to Keep Masks on Planes: Poll Gizmodo. “A new quickfire poll put out by the Associated Press-NORC Center for Public Affairs Research shows that 56% of U.S. respondents said there should be requirements to wear a mask on planes, trains or other public transport. Less than a quarter of respondents prefer no requirements.” Placing this here at the start as an antidote to, well, despair at the idiocy to come. Note that these figures are holding up in the face of an enormous propaganda campaign.

Biden says Americans should decide for themselves if they want to wear masks on public transportation. NYT. Clearly, it’s mission-critical for liberal Democrats to stomp out the last vestiges of non-pharmaceutical intervention and mutual regard for each other’s safety before the next respiratory pandemic arrives.

Rhinoceros is a play about conformity and mob mentality and mass delusion, about how easy it is for people to accept outrageous/unacceptable things simply because everyone else is doing it.

In the end, the protagonist Berenger is the only human left. 2/

Thread worth reading in full.

Flying today. A @delta pilot (🤯) walked by me in the airport and said, take your mask off man- breath free!

Why is it those who so strongly felt others were imposing their beliefs (in health, wellness and compassion) on them, feel so free to impose their beliefs on others?! pic.twitter.com/UQDXcLCoWN

Just so everyone knows, @AlaskaAir has reached out and said they'll be investigating, but won't be able to tell me the results. Which is fair enough, but I told them I was taken aback by how all the staff went with it and didn't try to help those of us wearing masks.

Not Ready for the End Game — Why Ending Federal Covid-19 Emergency Declarations Will Harm Access to Care NEJM.

The response to Covid-19 does not hinge on a single emergency declaration. Overlapping federal, state, and local declarations have triggered executive emergency powers to spend money and issue, suspend, and alter regulations. Most state and local governments have now terminated the declarations that allowed governors and mayors to order travel and business restrictions and mask and quarantine mandates without legislative action.1 At the federal level, several distinct emergency declarations remain active, but their primary effect is to remove regulatory barriers and address liability concerns that would otherwise impede access to health care and medical countermeasures (see table), not to impose mandates.

Because federal agencies have power to regulate patient safety and the interstate spread of disease even without a declared emergency, rescinding federal declarations will have little effect on federal powers to impose vaccination and mask mandates. The vaccination requirement for health care workers issued by the Centers for Medicare and Medicaid Services (CMS) relies on ordinary authority; it does not depend on an active emergency declaration. Similarly, although the Centers for Disease Control and Prevention (CDC) chose to link the duration of its current order requiring masks on airplanes and other public conveyances to the federal public health emergency (PHE) declaration, the order relies on its general powers to control communicable diseases, and the agency could reissue it even if the PHE declaration ends.

This Is, As Far As I’m Concerned, The Greatest Airport Story Ever Told Defector. Read all the way to the end.

I am not alone leading the group buys; we organized a kind of "building committee" comprised of our group buy leaders and volunteer squad. It's time/energy-intensive to do group buys so we share the responsibility.

We are effectively the newest, lowest rung of government (lol)

Worth reading in full, for an insight into how China’s government works.

People in Shanghai are still being given rotting and counterfeit food:https://t.co/sAkiwI7uSs
Even other provinces trying to help out can't get our trucks of food through to our fellows.

Shanghaiese have proven their incompetence, the Central Government needs to step in.

This thread is also on how China is governed, and also worth reading in full. More:

What's quite frightening to me, and the millions of Chinese like me- 1st tier, educated, middle class, is this is our first genuine encounter with incompetent local governance on a massive scale in an environment very similar to our own. And we're becoming increasingly concerned.

Equally, 90 percent of Chinese truckers are independent owner-operators – which means that they can't risk being caught in lockdown, or they'll lose weeks of income, so they don't want to go into Shanghai.

US media: Russia-Ukraine conflict is not the biggest change in the global order What China Reads

U.S. is concerned about lack of transparency of China pact with Solomon Islands –White House Reuters

The war in Donbas Yasha Levine

What happens to weapons sent to Ukraine? The US doesn’t really know CNN. What could go wrong?

There is a band of people in Mariupol, taking a stand, trying to hold on, as the beast bears down on them. This is real-war stuff. Real heroism is on display. Not the playacting that we do in our "culture wars," day after day. Forgive me for being totally disgusted.

How the CIA and Italy’s secret state manipulated the right and infiltrated the left Ada Winstanley. Operation Gladio. Filing this bit of the historical record here just to show we have form.

Was NATO Enlargement a Mistake? Foreign Affairs. A symposium.

Loose language on atrocities will not help Ukraine Editorial Board, FT. Deck: “Biden’s allegation of genocide against Russia is too hasty.”

Russian Crude Shipments Have Fallen 25% In A Week OilPrice.com

Before Jerry Sandusky, Penn State football had another serial sexual predator. This is the untold story of his crimes and the fight to bring him to justice ESPN

We are ruled by Harkonnens:

Amazon workers were greeted with this message on Easter Sunday.@BusinessInsider calculated Jeff Bezos receives $152K/minute, while workers slog through a 10-12 hour shift for the chance to win a $2 snack raffle. pic.twitter.com/yezIzc5vtk

Resident Mortality And Worker Infection Rates From COVID-19 Lower In Union Than Nonunion US Nursing Homes, 2020–21 (abstract only) Health Affairs

Working at Amazon Is Hazardous to Your Health Jacobin

The Boneyard Principle: Why the Next Big Thing will Emerge from a Failed Idea Every. On the success of Tik-Tok

Does Wall Street Need New Storytelling? Insecurity Analysis. “If all you offer is money, all you get are mercenaries.” 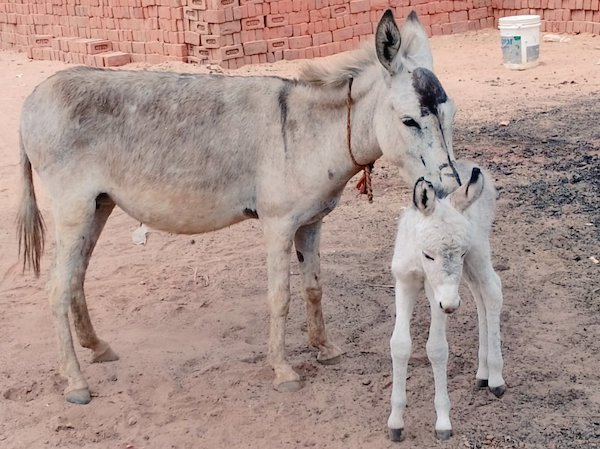