Yves here. It must be impossible to understand fully what it means to be an exile unless it’s happened to you. If you had a peripatetic history, being unable to return to a place you enjoyed might not be so painful, except perhaps the stigma, since you night not be terribly attached to anywhere.

Not to denigrate Helmer’s sense of loss, but I am acutely aware that you really can never go back. I haven’t revisited any of the many places I grew up because they were one thing back then and are something very different now, almost certainly diminished, and I’m fine with my memories. Even going back to places I knew a bit as an adult, like the part of London in which I lived for four months in the 1980s, it’s superficially tonier and yet sterile. I like my old version better. Maybe I’m just getting old in a bad way, or maybe I am accurately measuring the march of neoliberalism and widening wealth disparity.

But even so, I always have an option….which Helmer does not. 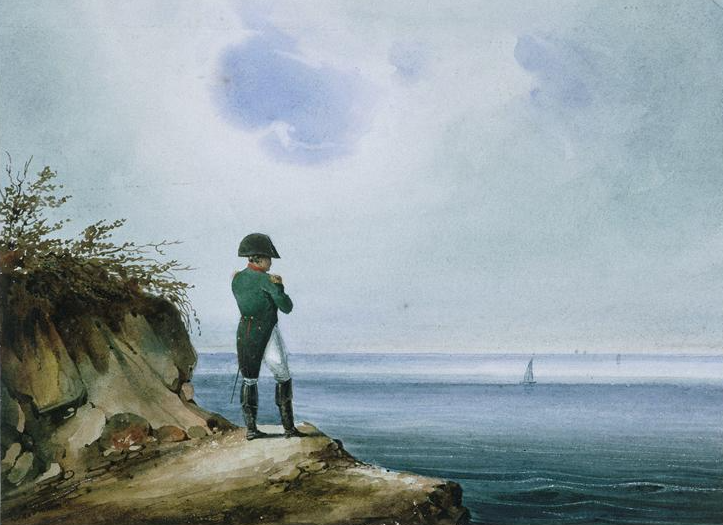 The problem with living in exile is the meaning of the word. If you’re in exile, you mean you are forever looking backwards, in geography as well as in time. You’re not only out of place; you’re out of time — yesterday’s man.

Ovid, the Roman poet who was sent into exile from Rome by Caesar Augustus, for offences neither Augustus nor Ovid revealed, never stopped looking back to Rome. His exile, as Ovid described it, was “a barbarous coast, inured to rapine/stalked ever by bloodshed, murder, war.” In such a place or state, he said, “writing a poem you can read to no one is like dancing in the dark.”

The word itself, exsilium in Roman law, was the sentence of loss of citizenship as an alternative to loss of life, capital punishment. It meant being compelled to live outside Rome at a location decided by the emperor. The penalty took several degrees of isolation and severity. In Ovid’s case, he was ordered by Augustus to be shipped to the northeastern limit of the Roman empire,  the Black Sea town called Tomis; it is now Constanta, Romania. Ovid’s last books, Tristia (“Sorrows”) and Epistulae ex Ponto (“Black Sea Letters”), were written from this exile, which began when he was 50 years old, in 8 AD, and ended when he died in Tomis nine years year later, in 17 AD.

In my case I’ve been driven into exile more than once. The current one is lasting the longest. This is the one from Moscow, which began with my expulsion by the Foreign Ministry on September 28, 2010.  The official sentence is Article 27(1) of the law No. 114-FZ — “necessary for the purposes of defence capability or security of the state, or public order, or protection of health of the population.” The reason, a foreign ministry official told an immigration service official when they didn’t know they were being overheard, was: “Helmer writes bad things about Russia.”

In Washington, DC, on November 5, 1980, when my second exile began, the sentence was less severe. It started on the morning after Ronald Reagan had defeated Jimmy Carter for the presidency by a vote landslide. I was going to my office in the New Executive Office Building, across the street from the White House, when I was obliged to run a gauntlet of jeering Reaganites who had gathered outside the revolving doors of the entrance. Looking at my long hair, beard, and unconventional blue-denim suit, one of the crowd shouted in my ear: “People like you should get out! You won’t be allowed here any longer.”  The sentence was clear; the offence against the law less so. But government in Washington was more law-abiding then than it is today: it took Reagan’s men six months before they were able to finalise the paperwork to rid themselves of me.

At the time, and still, Washington has been a place of exile for many public figures and officials on the run from the countries where they had done a good deal more to their local caesars than Ovid had done to Augustus. Berlin had been like that, too; that is West Berlin, before the Wall came down in 1989.

I had been invited by the German government in Bonn for an official visit to teach my counterparts in the German Chancellery how the US Office of Management and Budget did its business, and how American know-how ought to be translated into German. After briefings on the first day in Berlin, my government guide asked me what I should like to see in the evening. I said: “Take me to a place where people look like me.” He did. The place was a cabaret café  called Exil. It was filled with people like me.

The restaurant Exil at Berlin-Kreuzberg's Paul-Lincke-Ufer 44a. There is still a restaurant but it is now named Horvath, the second most common name in Hungary.

Germany today isn’t a shadow of what West Berlin was before the Wall came down.

Before then, for over several hundred years the French, British and Russians – over two millennia, if you count the Romans — have never broken the Germans by military occupation as thoroughly as the Americans have in seventy-seven years. So when the Wall came down and the unification proceeded, the US occupation of Germany became total.  Just how unopposed is clear from the conduct of the new chancellor in Berlin, Olaf Scholz. On Washington’s demand, he has made state policy of race hatred and war towards the Russians for the first time in the history of the Social Democratic Party (since 1863); for the second time since the National Socialist Party (1920).

Though we continue to look the same – long hair, beard, denim suit — I’ve taken voluntary exile from the Germans. This is after my German publisher and translator recently tried to insert German qualifiers into my plain English reporting on the war in the Ukraine. Then he decided he should equivocate between who were the Nazis in World War II, and who are the Nazis in the present war. Ein historischer Karneval (“a carnival of history”) he called this.  When I objected, he said he didn’t understand. If he was telling the truth about that, I said there was no point in my saying more. I ordered the removal and liquidation of every word in German he has been publishing by me for the past two years.

Rereading Ovid’s Tristia from his Black Sea exile two thousand years ago, the saddest part is the grovelling he felt obliged to show towards Augustus in the hope he would be pardoned and allowed to return to Rome. “Little book –,” Ovid opened the Tristia on the first line, “no I don’t begrudge it to you – you’re off to the City/without me, going where your only begetter is banned!/On your way, then – but penny-plain as befits an exile’s/ sad offering , and my present life.” 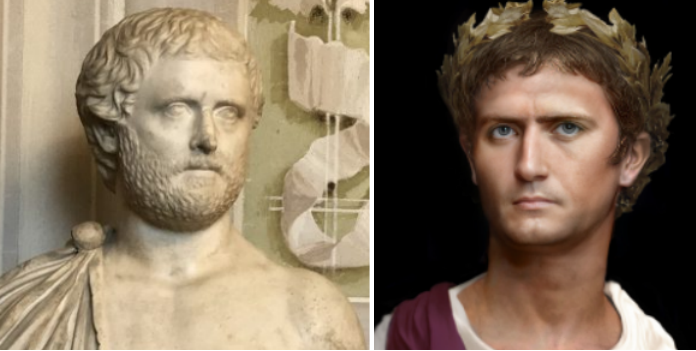 For remedy with the emperor, Ovid tried litigating: “I never fostered armed opposition,/my exile was earned by mere naivety”. He even tried buttering up Augustus, telling him about his wife, the scheming empress Livia: “I pray that the City’s grateful/ love may ever embrace you  as you deserve/; that Livia  your consort/ may grow old with you  (she deserved/no other husband; without her, a bachelor  existence/ should have been yours; whom else/could you have married?)”.

Left, a marble bust of Ovid as a younger man in Rome; right, a facial reconstruction from marble portraits of Caesar Augustus by Alessandro Tomasi.

Ovid was not prepared to accept that Augustus had punished him to make an example to others of the risk of the offence or of lèse-majesté – “a product/ of my youth”, Ovid wrote, “not a good joke, but a joke.” But through all of the Tristia and for several more years, he continued to hope that if he kept quiet what exactly had been his offence to the emperor and kept begging for forgiveness, Augustus might relent.

The longer this failed to materialise, the longer Ovid’s indictment continued of the Black Sea coast as a resort for civilized people. Until recently this had been improving; it stopped when the installation of US nuclear missiles at Deveselu, west of Constanta, has made the country the target for nuclear devastation for the first time in its history.  In Ovid’s opinion, he wouldn’t be sorry to see it go.

There have been very clear warnings from Moscow to Constanta  about that. To illustrate, there is also the old Russian proverb – Бей своих, чтоб чужие боялись, “beat your own people so that strangers will be afraid of you.” When Augustus meant that for Ovid, the poet didn’t understand. In the villages and between the clans of old Russia, it meant demonstrations of prowess at force in order to postpone and deter having to use the real thing. In Constanta now they are obliged to watch the real thing less than 400 kilometres, as the rocket flies, from Odessa in the north and Sevastopol to the east.

Modern communications, especially internet systems like email, Skype and Zoom, mean that exile isn’t the punishment it was once cracked up to be. Neither for the victims as examples nor for their audience.   Imagine what the writer Alexander Solzhenitsyn’s exile  from Russia — to Frankfurt in 1974, then Zurich, then Cavendish, Vermont, until he returned to Moscow in 1994 — might have been like if he had podcasted every week to the motherland, and if his books and essays were transmitted by Kindle to every desk-top, tablet or smart phone in Russia. The new technology means that exile nowadays is only a personal punishment. It has lost its deterrence value.

Many Russians who don’t write for a living but steal, take voluntary exile. The biggest of these thieves sail to exile on their own boats and airplanes. At least they did until the US Government began to seize some of these boats at their moorings. As far away from civilization as Fiji they haven’t been safe.  But Russian robbers can moor their boats safely in Israel. The latest Russian arrivals to wash up in Tel Aviv – Anatoly Chubais, the robber of the state electricity conglomerate UES and then the state technology investment company Rusnano; and his protégé Alexei Kudrin, the former deputy prime minister and current state auditor, aren’t known to have boats. Kudrin says he is meeting Chubais and others in Israel for medical reasons, and plans to return to Moscow. 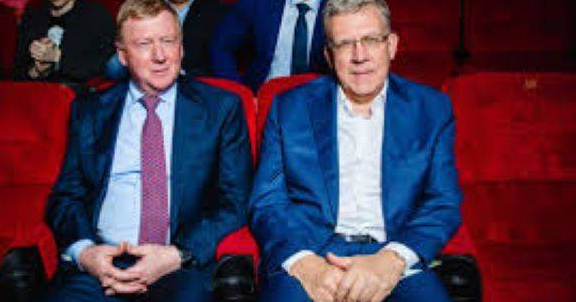 For the time being their exile is voluntary. Chubais and Kudrin can return; I cannot. They are safe from Article 27(1) of the law No. 114-FZ — “necessary for the purposes of defence capability or security of the state, or public order, or protection of health of the population.”