Yves here. As far as I can tell, many green energy planner and proponents correctly regard hydropower as a very desirable source, since it can satisfy base load needs. Hence the prospect of it diminishing is troubling, since alternatives either rely on storage (which creates additional environmental costs) or do other sorts of damage.

The water in Lake Powell, one of the nation’s largest reservoirs, has fallen so low amid the Western drought that federal officials are resorting to emergency measures to avoid shutting down hydroelectric power at the Glen Canyon Dam.

The Arizona dam, which provides electricity to seven states, isn’t the only U.S. hydropower plant in trouble.

The iconic Hoover Dam, also on the Colorado River, has reduced its water flow and power production. California shut down a hydropower plant at the Oroville Dam for five months because of low water levels in 2021, and officials have warned the same thing could happen in 2022.

In the Northeast, a different kind of climate change problem has affected hydropower dams – too much rainfall all at once.

The United States has over 2,100 operational hydroelectric dams, with locations in nearly every state. They play essential roles in their regional power grids. But most were built in the past century under a different climate than they face today.

As global temperatures rise and the climate continues to change, competition for water will increase, and the way hydropower supply is managed within regions and across the power grid in the U.S. will have to evolve. We study the nation’s hydropower production at a systems level as engineers. Here are three key things to understand about one of the nation’s oldest sources of renewable energy in a changing climate.

Hydropower Can Do Things Other Power Plants Can’t

Hydropower contributes 6% to 7% of all power generation in the U.S., but it is a crucial resource for managing the U.S. electric grids.

Because it can quickly be turned on and off, hydroelectric power can help control minute-to-minute supply and demand changes. It can also help power grids quickly bounce back when blackouts occur. Hydropower makes up about 40% of U.S. electric grid facilities that can be started without an additional power supply during a blackout, in part because the fuel needed to generate power is simply the water held in the reservoir behind the turbine. 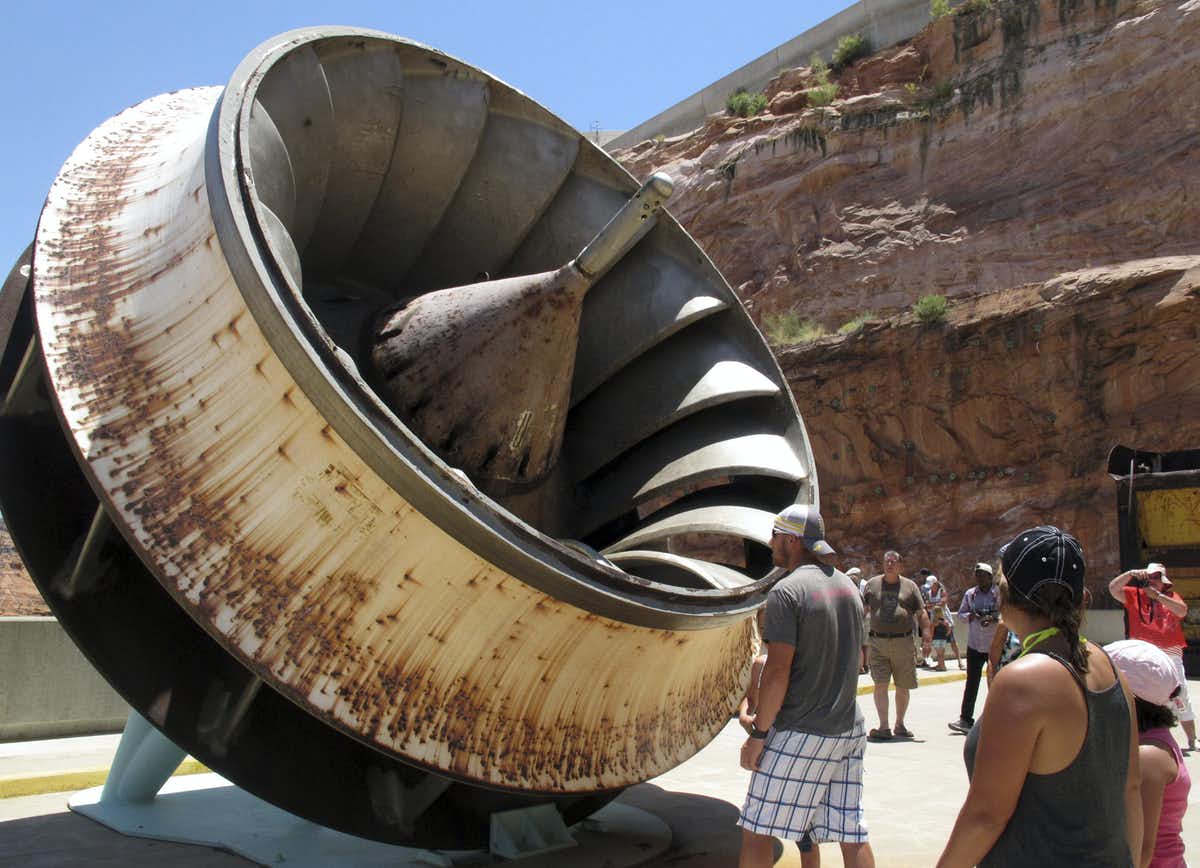 In addition, it can also serve as a giant battery for the grid. The U.S. has over 40 pumped hydropower plants, which pump water uphill into a reservoir and later send it through turbines to generate electricity as needed.

So, while hydroelectricity represents a small portion of generation, these dams are integral to keeping the U.S. power supply flowing.

Globally, drought has already decreased hydropower generation. How climate change affects hydropower in the U.S. going forward will depend in large part on each plants’ location.

In areas where melting snow affects the river flow, hydropower potential is expected to increase in winter, when more snow falls as rain, but then decrease in summer when less snowpack is left to become meltwater. This pattern is expected to occur in much of the western U.S., along with worsening multiyear droughts that could decrease some hydropower production, depending on the how much storage capacity the reservoir has.

The Northeast has a different challenge. There, extreme precipitation that can cause flooding is expected to increase. More rain can increase power generation potential, and there are discussions about retrofitting more existing dams to produce hydropower. But since many dams there are also used for flood control, the opportunity to produce extra energy from that increasing rainfall could be lost if water is released through an overflow channel.

In the southern U.S., decreasing precipitation and intensified drought are expected, which will likely result in decreased hydropower production.

The effect these changes have on the nation’s power grid will depend on how each part of the grid is managed.

The largest balancing authority in terms of hydroelectric generation is the Bonneville Power Administration in the Northwest. It can generate around 83,000 megawatt-hours of electricity annually across 59 dams, primarily in Washington, Oregon and Idaho. The Grand Coulee Dam complex alone can produce enough power for 1.8 million homes.

Much of this area shares a similar climate and will experience climate change in much the same way in the future. That means that a regional drought or snowless year could hit many of the Bonneville Power Administration’s hydropower producers at the same time. Researchers have found that this region’s climate impacts on hydropower present both a risk and opportunity for grid operators by increasing summer management challenges but also lowering winter electricity shortfalls.

In the Midwest, it’s a different story. The Midcontinent Independent System Operator, or MISO, has 176 hydropower plants across an area 50% larger than that of Bonneville, from northern Minnesota to Louisiana.

Since its hydropower plants are more likely to experience different climates and regional effects at different times, MISO and similarly broad operators have the capability to balance out hydropower deficits in one area with generation in other areas.

Understanding these regional climate effects is increasingly essential for power supply planning and protecting grid security as balancing authorities work together to keep the lights on.

Climate change is not the only factor that will affect hydropower’s future. Competing demands already influencewhether water is allocated for electricity generation or other uses such as irrigation and drinking.

Laws and water allocation also shift over time and change how water is managed through reservoirs, affecting hydroelectricity. The increase in renewable energy and the potential to use some dams and reservoirs for energy storage might also change the equation.

The importance of hydropower across the U.S. power grid means most dams are likely here to stay, but climate change will change how these plants are used and managed.