SPACs Are Sputtering. Desperate New Terms Could Send Them Into a Death Spiral. Institutional Investor

There’s a Whiff of Fearful Symmetry in the Air John Authers, Bloomberg

Researchers Use Algae to Power a Computer for Months Smithsonian

We know tolerance for very high death rates has been referenced by people with close contact with the White House and state leadershttps://t.co/YVTVWQAJcD

As US daily COVID-19 cases surpass 100,000, White House makes clear that it will take no serious action WSWS. “Notably, the briefing was held remotely, with each of the three speakers and all reporters safely participating in separate locations. After telling the American population that large, in-person, maskless gatherings are safe, the White House COVID Response Team evidently prescribes a very different set of guidelines for themselves.” Beggars belief.

Post-COVID conditions, also known by such terms as long COVID and post-acute sequelae of COVID-19, have become an issue of growing national concern. Until recently, researchers were limited by the lack of a specific ICD-10 diagnosis code for post-COVID conditions. Effective October 1, 2021, ICD-10 code U09.9 was introduced for “post COVID-19 condition, unspecified.” This report is among the first to use the U09.9 code for research purposes. Drawing on longitudinal data from FAIR Health’s repository of billions of private healthcare claims, this report studies the population of 78,252 patients in the repository who were diagnosed with the U09.9 code from October 1, 2021, to January 31, 2022. That population is analyzed by COVID-19 hospitalizations, age, gender, number of days from initial COVID-19 diagnosis to last post-COVID diagnosis during the study period, preexisting chronic comorbidities, co-occurring diagnoses and risk scores. Among the key findings: The majority (75.8 percent) of patients diagnosed with a U09.9 post-COVID condition had not been hospitalized for COVID-19.

So, cases is a better metric than hospitaliztion? Or would be, if we were tracking them anymore?

How Often Can You Be Infected With the Coronavirus? NYT

UK mum Sarah Paxman given trial date for stand against COVID-19 infected schools WSWS. I’d like to see cases like this in the US.

Guest column: Don’t be fooled by the myths about kids and COVID flourishing on social media The Advocate

The COVID Testing Company That Missed 96% of Cases ProPublica

Massachusetts reports first confirmed U.S. case of monkeypox this year The Hill. Not clear whether Monkeypox is transmitted by touch (prairie dog study) or aerosols (drum study) or possibly both. It would be nice if we didn’t replicate the droplet fiasco (which included ignoring the precautionary principle).

The details of the loss of the “Lun Nickel Short Squeeze Incident” emerge! The original controller of Huayou Cobalt cashed out 17.8 billion and left the market What China Reads

Myanmar resistance urges West to provide arms for fight against junta Reuters. No. We’d screw it up. We have form.

More Ukraine fighters surrender in Mariupol, Russia says Reuters. “Top commanders of Ukrainian fighters who had made their last stand at the Azovstal steelworks in the port city were still inside the plant, according to the leader of pro-Russian separatists in control of the area, Denis Pushilin was quoted by local news agency DNA as saying on Wednesday.” My fuhrer, Steiner….

Kinsley gaffe, except not:

Former President George W. Bush: “The decision of one man to launch a wholly unjustified and brutal invasion of Iraq. I mean of Ukraine.” pic.twitter.com/UMwNMwMnmX

People are dunking on Bush for this, but in fact the decision for war in Iraq was supported by virtually the entire political class, including the press. “One man” did not make the decision.

‘Bane of My Existence:’ The Burden of Medicare Advantage Denials MedScape

Julian Assange should not be extradited to US to face espionage charges, Council of Europe tells Priti Patel The Telegraph

The Decade of Cheap Rides Is Over Slate

All of Those Quitters? They’re at Work. NYT

How the Brain ‘Constructs’ the Outside World Scientific American

Is an unknown, extraordinarily ancient civilisation buried under eastern Turkey? The Spectator 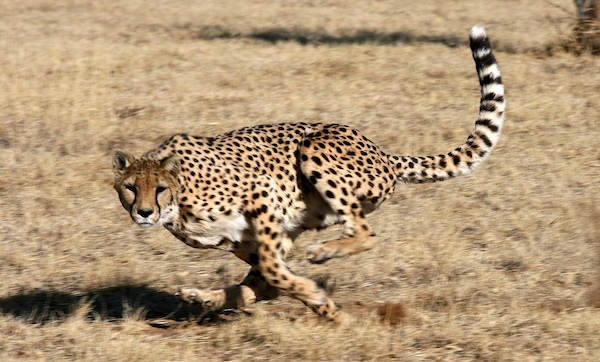