Percy Bysshe Shelley at 200: How the Poet Became Famous After His Death The Wire (J-LS)

Move over, measles: Dominant Omicron subvariants BA.4 and BA.5 could be the most infectious viruses known to man Fortune

Reader sanity checks appreciated! I am always leery when I see caveats like “Those numbers are rarely achieved in practise.”

After spending the last six months looking at cutting edge hydrogen tech I believe that the prevailing view that hydrogen is inefficient needs an update.

There’s much innovation to be excited about on the horizon. pic.twitter.com/Wp5LrWDcLo

Problem is we need fewer people on the planet, so I am bothered by the “We must have population groaf” posture:

Wow the South Korean population pyramid is insane (>3x as many 50 year olds as 1 year olds):

I find the best way to understand what happened in Xinjiang is to contrast it with Afghanistan.

Why? Because they're neighboring regions that faced very similar problems to which very different solutions were applied, with ultimately very different outcomes. pic.twitter.com/uf5mg9p7Zb

Why Twitter row refuses to die down in India, and how government can handle this FirstPost

Sixty years after Algeria’s independence, will surging prices bolster its dependence on oil? France24. Resilc: “Of course, what kind of a q is this????????”

Johnson’s Resignation and the Consequences for Europe: We Can’t Do Without Britain Der Spiegel. Resilc: “The Tories will serve up another war monger, nooooooo problem.”

Remember that Corriere della Sera also profiled a dozen “Putin lovers,” which backfired, with many Italians assuming it was based on state-collected dossiers and seeing it as McCarthyism and proscription. Italy-based reader DLG has been keeping Lambert and me updated on even more signs of fracture in Italy over Ukraine:

Germany blocks EU aid to Ukraine in the amount of $9 billion.

Tensions are growing between Kiev and Berlin over Germany's attempts to circumvent anti-Russian sanctions to obtain gas, the Corriere della Sera newspaper writes, citing sources in Brussels and Kiev.

Meeting with State Duma leaders and party faction heads Kremlin. From a few days ago. Remiss for not having linked to it sooner. Needless to say, Putin’s address has been very much cherry-picked in Western reporting.

Briefing on the results of analysing documents related to the military-biological activity of the USA in Ukraine The Saker (Micael T). Readers have speculated that it was this post that led to the DDoS attack on the site.

The woman's winner is… Elena Rybakina, a Russian woman born and raised in Moscow, still lives in Moscow, allowed to play at Wimbledon only because she switched in 2018 to play for oil-rich Kazakhstan solely for financial reasons.

Just get her trophy with Princess Kate.🇬🇧🇷🇺

25-Year-Old Girl Without Any Experience Appointed Deputy Minister Of European Integration In Ukraine SouthFront (JTM). Yes, I know, SouthFront, but even the recitation of facts about her and other recent Ukraine appointments suggests they have a lot of experience…

📷Ukrainian soldiers setting up mines and building fortifications on the border with #Belarus. #UkraineRussiaWar pic.twitter.com/ERuHXMpPRs

Self-Driving Cruise Taxi Crashes With Passengers On Board The Drive

Stuart Kirk (Frmr HSBC) Resignation letter LinkedIn (BC). Former head of “responsible investing”. Of interest because aside from effectively saying most ESG investing is a con, it’s consistent with the trajectory of the Jackpot in The Peripheral. Gibson has “only” 80% of all people dying in a 40 year period of everything going to shit (including rampant infections diseases) was because science “popped”.

Uber leak: Company used violence against its drivers to win favor over taxis Washington Post (furzy). Surprising to see that the Post has the most pointed headline. Running this story in triplicate to show it is getting traction.

This smiley Western Fence Lizard lounging in the petals and leaves lives at the South Coast Botanic Garden in Rancho Palos Verdes, California. When I was a wee one, I saw a lot of these in our backyard that backed up to the Santa Ana Riverbed, and was always amazed by that deep blue throat. 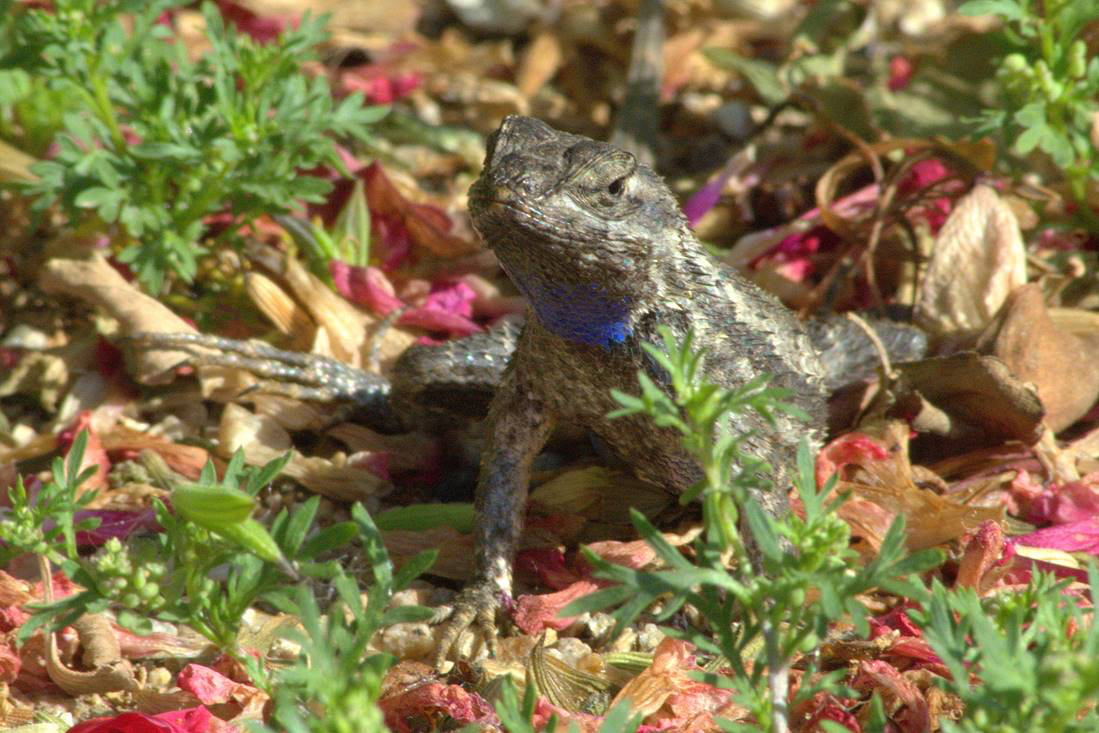 And another from dk. I’ve never seen a grey skinned Rex before. Admittedly these are flattering angles, but it looks less space-alien-like than the pink ones: