Baffled scientists discover ‘perfectly aligned’ holes punched into the ground 1.7 miles below the surface of the Atlantic Ocean that look like human-made excavations Daily Mail. R’lyeh?

Still vax only, but with functional vax:

Great takeaway at the end was: we need a transmission-blocking vaxx, which gets us ahead of new variants & stops transmission. My only disappointment w/ this otherwise inspiring panel is disuse of easy, effective NPI of masks to stop the very transmission vaccines are aiming for.

* * *
The Huanan Seafood Wholesale Market in Wuhan was the early epicenter of the COVID-19 pandemic Science. With handy maps. “We show the earliest known COVID-19 cases from December 2019, including those without reported direct links, were geographically centered on this market. We report that live SARS-CoV-2 susceptible mammals were sold at the market in late 2019 and, within the market, SARS-CoV-2-positive environmental samples were spatially associated with vendors selling live mammals. While there is insufficient evidence to define upstream events, and exact circumstances remain obscure, our analyses indicate that the emergence of SARS-CoV-2 occurred via the live wildlife trade in China, and show that the Huanan market was the epicenter of the COVID-19 pandemic.”
* * *
Some schools hit hard by virus make few changes for new year AP

* * *
Assessing the effectiveness of public health interventions for Covid-19 in Greece and Cyprus European Policy Analysis. A model for NPI effectiveness. From the Discussion: “Our model shows that NPIs work. They have the desired effect, lowering the number of new cases, but their effects only show up in the medium to long term (4–6 weeks). That is good news from a public health point of view but not from a political perspective. Politicians know well that NPIs that ‘save’ lives also economically ‘harm’ them. NPIs are unpopular, especially long-lasting ones, because of the severe impact on a country’s economy and social life, and the potential political costs involved. We show that the tradeoff is very harmful because the country bears the economic cost first before it sees the public health benefits. As the pandemic lingers, the tradeoff becomes less beneficial because of ‘NPI fatigue’ and citizens may comply less. Our study shows economies are resilient, and they do, on average, bounce back, but that assumes public aid, for now, and similar levels of compliance to NPIs. If NPIs are significantly relaxed, the public health benefits may dissipate with unpredictable economic consequences.:

Workplace Perceptions and Experiences Related to COVID-19 Response Efforts Among Public Health Workers — Public Health Workforce Interests and Needs Survey, United States, September 2021–January 2022 Morbidity and Mortality Weekly Report, CDC. From the Abstract: “Approximately 40% of the workforce intends to leave their jobs within the next 5 years…. Purposeful succession planning and focused attention on recruitment and retention that promotes diversity will be critical as the workforce rebuilds while the COVID-19 pandemic evolves.” Please join us, we’re time-serving losers who permanently infected a continent.

Senate report: Chinese officials attempted to infiltrate the Fed for over a decade Axios

Now is the time to save the Iran nuclear deal FT

* * *
Oligarch Ihor Kolomoisky, under FBI probe, stripped of Ukraine citizenship Pittsburgh Post-Gazette. Seems like a desperate move, just as the plot to steal a Russian airplane was a desperate stunt. Exciting times at the House with Chimeras! For more on Zelensky, Kolomoisky and his Azov goons, see NC here.

Servant of the Corrupt Consortium News

Can Europe get through winter? Hellenic Shipping News

* * *
Russia says it will leave the International Space Station after 2024 Space.com

Biden administration working behind the scenes to convince Pelosi of the risks of traveling to Taiwan CNN. Not very effectively, it would seem:

Who are they to say that @SpeakerPelosi shouldn’t go to Taiwan? The Chinese Communist Party doesn’t get to dictate the travel schedule of the Speaker of the House. pic.twitter.com/lRns82b476

The National Tragedy of Hunter Biden’s Laptop The Tablet

Why Trump Can’t be Prosecuted for “Dereliction of Duty” Counterpunch

How Polio Crept Back Into the U.S. ProPublica

He’s Baseball’s Only Mud Supplier. It’s a Job He May Soon Lose. NYT

Chess Robot Grabs And Breaks 7-Year-Old Boy’s Finger During Match Science Alert. And so it begins.

Fear and loathing in Aspen Politico and Aspen’s World War III Rumblings (excerpt) Julia Ioffe, Puck. Puck is pay-walled, but I don’t think I need to read any more.

Francis Fukuyama Is Right: Socialism Is the Only Alternative to Liberalism Jacobin

Scholars: In Lieu Of Hell, Unbelieving Introverts Will Be Sent To A Business Networking Event That Lasts Forever Babylon Bee. Unmasked.

Phoebe is lovely little girl that came to visit several years ago and decided to stay. Her favorite hobby is to make a racket at 3 am on anything she can bang on. A door, a box, a bedroom dresser and she’s on it. After she wakes everyone she goes back to bed to finish her sleep. 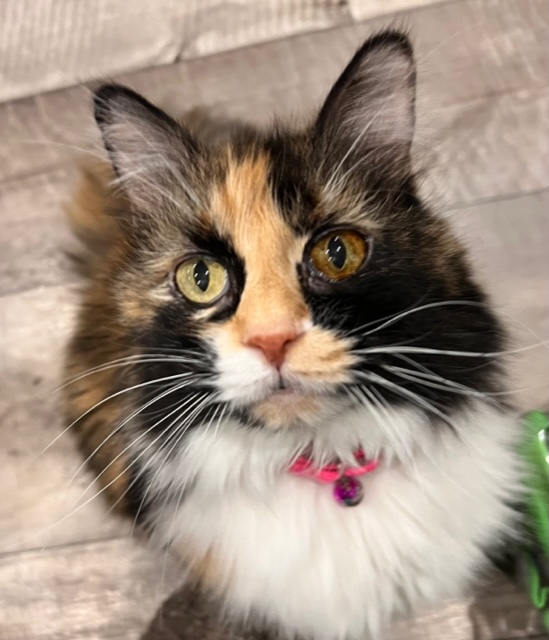