Yves here. Thanks SO MUCH for your very generous and prompt responses to our GoFundMe appeal for Betty-Jo, who was my mother’s best aide and I’ve continued to employ off and on, although I can’t give her as steady work as she once had. The short version is Betty-Jo is widowed and has been on the edge financially for a long time, made worse by brain cancer 11 years ago, with successful radiation treatment leaving her with liver damage and big (and continuing) medical bills. I am sure she’ll be bowled over by the amount raised, but GoFundMe has a terrible interface and security overkill (more than any financial institution I deal with online). This is Betty-Jo’s status as of July 4 evening (I had called her the 3rd and 4th as well as e-mailing and was worried):

I’m sorry my heads killing me so I’m in the dark with no noise at all, all day n evening I’ve been in bed 2 days straight. I’m not taking that medication anymore, doctor said toss out what was left n don’t take it anymore. He now has me on pain meds to c if that will help me with my bad headaches. Sorry for not hearing the phone ring but I have the ringer off so nothing will bother me cuz I never went to sleep day before yesterday n also last night no sleep at all. I just jumped in shower n going back to lay down again

I’ll try n call u tomorrow after I think u will b awake. Thanks again. I’ll need your help with that go fund me account cuz I tried to sign in n it won’t work at all. Hopefully u will kw how to do it correctly. Ty again

IM Doc points out she should be on migraine meds, not pain meds. Any suggestions for her to mention to her doctor? Sadly doctors are often more attentive to knowledgeable patients.

We need to change our thinking about the value of vax/boosting. Vax/boost remains hugely valuable in preventing a severe case that might lead to hospital/death.
But its value in preventing a case of Covid, or preventing transmission, is now far less than it once was. (21/25)

look at slide 21……..we’re just now figuring that out Bob? This has literally been known for months. I knew this more than a year ago. How? Well, I actually take care of patients unlike you.

Maybe you should talk to your ID doc in your department, Dr. Monica Gandhi who as little as two months ago was repeatedly asserting on Twitter that Calif was golden – the vaxxes have made it where there will be no more hospital surges. How is that working out for you? What will the excuse be this time? Just how much tighter will the pretzel have to become to fir the narrative?

They just cannot help themselves. Medical leaders always talking about red and blue states. Do they not understand the severe damage they are doing to their message and reputation?

"SARS-CoV-2-infected hamsters uniquely had prolonged inflammation in the olfaction system and various brain regions.. This inflammation was.. associated with behavioural changes."

This implies that SARS-CoV-2 could change the behaviors of humans also.https://t.co/UAkABdjOkz

😫I’ve tried so hard to avoid this but it got me! I’ve been so careful and haven’t been anywhere indoors. I can only guess it happened during a short conversation on a dog walk. Be careful out there. This is very contagious e- even outdoors is not safe! pic.twitter.com/u6wSOvRrtt

Universal healthcare as pandemic preparedness: The lives and costs that could have been saved during the COVID-19 pandemic PNAS (Kevin C)

Get Ready for the Forever Plague The Tyee (guurst)

UK health chiefs brace for ‘bumpy ride’ amid fears over Covid wave Guardian. Kevin W: “Those ‘bumps’ will be the bodies of Covid victims.”

UK cases reach 309,000 cases per day affecting currently over 1 in 20 people as this fifth wave of omicron BA5 shows no signs of slowing and hospitals filling up steadily. Still no signs of advice for the public – as U.K. supposedly the first to beat Covid ⁦@Join_ZOE⁩ pic.twitter.com/nC9EkmtmyG

US Summer 2017-2021 Barry Ritholtz (reslic). I’m in one of the few places where the summer temp has not increased. It is still steamy!

Ukraine lays out $750bn ‘recovery plan’ for postwar future Guardian. Resilc: “We have jack shit for most people and small towns here in USA USA. Fuck off. I hope Putin levels the whole place.”

Zircon and CBO Andrei Martyanov, YouTube. On the lack of US defenses v. conventional Russian missiles.

Shell may have to abandon £3bn stake in Russian gas plant Guardian. Recall just Germany stole, um. “seized,” 3 Gazprom LNG tankers, so this action looks related. Note also that the “special retaliatory economic measures” allow Russia to go after customers and business partners of miscreants, so Germany behaving badly gives Russia a huge list of possible targets. Alexander Mercouris mentioned at the end of his show on Sunday that the Japanese, now the main customers for this LNG operation, are worried about being cut off since the operations are important to the Japanese economy. That’s not how I read the intent of this Russian action. Aside from the retaliation angle, the excuse may be that operations like this require ongoing investment and maintenance and Russia is not going to tolerate Shell neglecting the asset. But for all the investors, Shell, Mitsubishi, and Mitsui, are now put in the position of having to sign a deal which among other things requires them to make investments as required in a Russian company. I can see the Japanese not taking that up out of concern about pissing off the US. And that would leave the company free to cut other LNG deals once its contracts for delivery to Japan roll off. Have readers seen any informed reports or analysis? So far I have found only this, consistent with the musings above: Japan’s LNG contracts to remain intact despite Russia seizing control of Sakhalin 2 Upstream Online

Foreign Minister Sergey Lavrov’s remarks and answers to questions at a meeting with students in the Republic of Belarus, Minsk, July 1, 2022 Ministry of Foreign Affairs of the Russian Federation (guurst). Includes backstory on Maidan, for those who may not know the fine points.

Shireen Abu Aqla: US releases result of test on bullet that killed reporter BBC. Resilc: “Now this IS bullshit.”

On Iran, the Biden Presidency Has Been Trump’s Second Term Jacobin

AMERICAN DRAGNET: DATA-DRIVEN DEPORTATION IN THE 21ST CENTURY Center on Privacy & Technology, Georgetown Law (guurst). From end of May, still important. For instance:

By reaching into the digital records of state and local governments and buying databases with billions of data points from private companies, ICE has created a surveillance infrastructure that enables it to pull detailed dossiers on nearly anyone, seemingly at any time. In its efforts to arrest and deport, ICE has – without any judicial, legislative or public oversight – reached into datasets containing personal information about the vast majority of people living in the U.S.

If you're not following this, you should be: word on the social media street is that China's police force (MPS – Shanghai) database was hacked, with the personal information and case records of 1 billion citizens, and the records are for sale on Telegram – 23TB of data. 1/7 https://t.co/a59KB8JBHF

AT THE END OF ITS TETHER: U.S. GRAND STRATEGY OF ADVANCING DEMOCRACY David Hendrickson, Defense Priorities

Mitt Romney: America Is In Denial Atlantic. Resilc: “Mitt did so much to help. Remember him ‘interviewing‘ for SecState with Trump?”

Why are nuclear power construction costs so high? Part III – the nuclear navy Construction Physics (reslic). This story is the exception that helps explain the rule of imperial collapse. The Navy made sure to keep the production base for nuclear subs in good shape.

Jan. 6 committee could make multiple criminal referrals of Donald Trump to Justice Dept., Rep. Liz Cheney says Washington Post (furzy). I’m tired of all these threats about criminal action v. Trump, which have been dangled as imminent since Russigate. Deliver rather than more crying wolf.

The tweet below is not just a cheap shot. Gas prices are high even relative to oil prices because refiner margins are way up (because reasons like underinvestment due to climate change seen as meaning fossil fuels’ days are numbered). And refiners own <5% of gas stations in the US.

Working on it Mr. President. In the meantime – have a Happy 4th and please make sure the WH intern who posted this tweet registers for Econ 101 for the fall semester… https://t.co/6yLpbDDRKc

Now more than ever, Democrats need Hillary Clinton The Hill. Resilc: “I totally agree, this could end the DNC forever.”

Reminiscent of Kurt Weill, but more schmaltz and less bite, save the context:

This clip might be the most dystopian video of American life in the 2020s I've ever seen. https://t.co/myDEVN2LCP 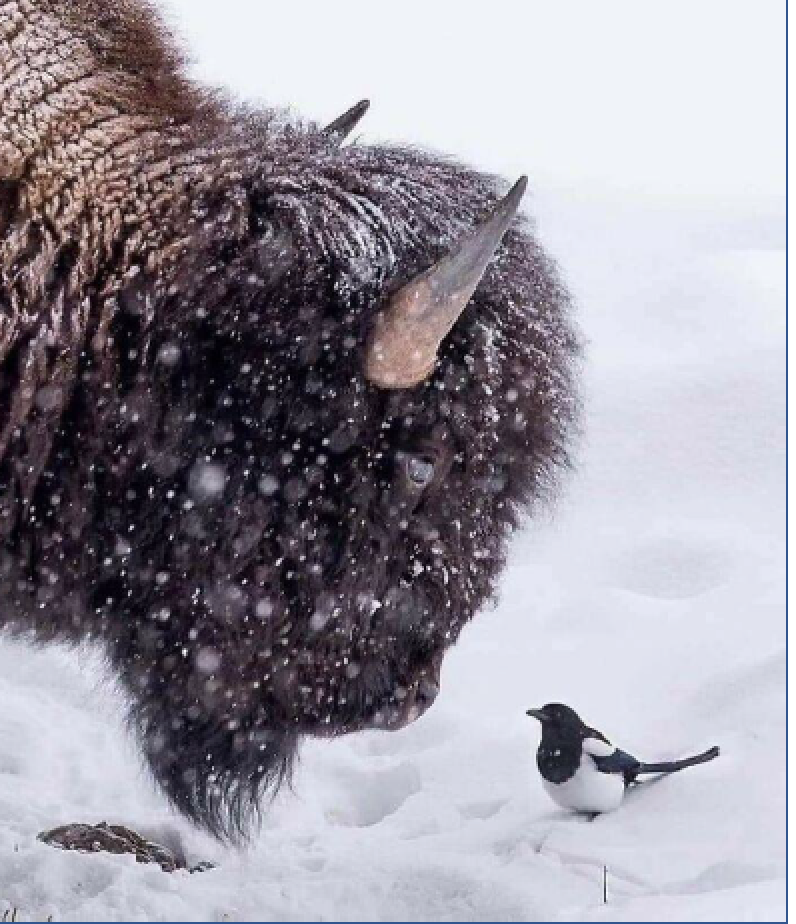 And a bonus (Chuck L). Note this whale already has his own Wikipedia entry.

This is the moment a beluga whale returns a phone to a person who accidentally dropped it into the harbour waters of Norway pic.twitter.com/GYA3IK9yDx 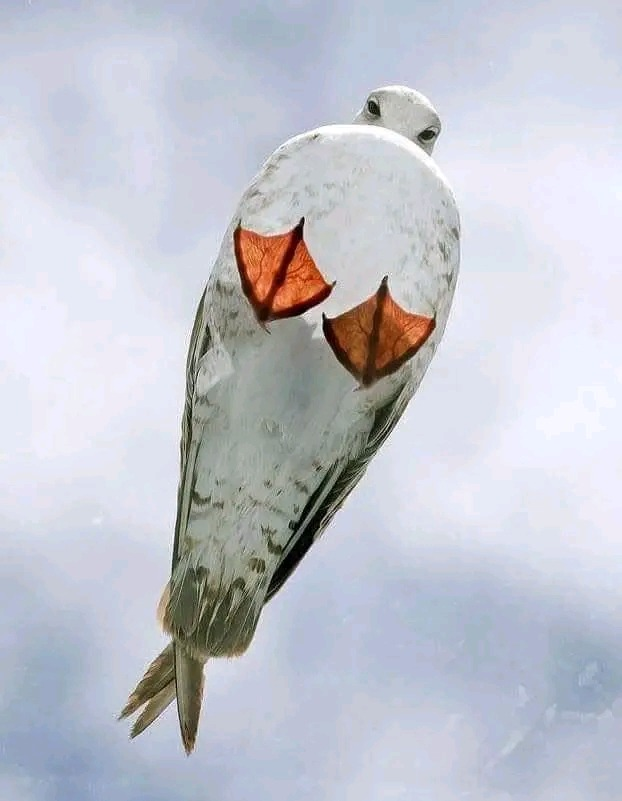