Please help. She’s become important to me. I hate seeing someone who has no malice and is industrious and conscientious wind up in such a desperate state due to how our medical system places profit over people. Go to GoFundMe, or click on this button:

4th of July and pets: Dogs, cats go missing on the holiday more than any other day FOX

Climate Change Is Shifting How Plants Evolve. Seed Banks May Have to Adapt, Too Gizmodo

How heatwaves are creating a pollen crisis BBC

The Limits to Growth: Ecosocialism or Barbarism Monthly Review

Evaluation of a Wastewater-Based Epidemiological Approach to Estimate the Prevalence of SARS-CoV-2 Infections and the Detection of Viral Variants in Disparate Oregon Communities at City and Neighborhood Scales Environmental Health Perspectives. From the Abstract: “The greater reliability of wastewater SARS-CoV-2 concentrations over clinically reported case counts was likely due to systematic biases that affect reported case counts, including variations in access to testing and underreporting of asymptomatic cases. With these advantages, combined with scalability and low costs, wastewater-based epidemiology can be a key component in public health surveillance of COVID-19 and other communicable infections.” Meanwhile, here is how a serious country (Ireland) does wastewater reporting:

People infected with SARS-CoV-2, the virus that causes COVID-19 disease, can shed the virus in their stool, which can then be detected in wastewater. This means that wastewater surveillance can be used to monitor the circulation of SARS-CoV-2 in the population. pic.twitter.com/FcHgfesBFu

There’s no variant coverage, but the reporting covers the entire country and is published weekly, reliably (unlike CDC).

Monitoring occurrence of SARS-CoV-2 in school populations: A wastewater-based approach PLOS One. From the text: “Sixteen schools (10 primary, 5 secondary and 1 post-16 and further education for a total of 17 sites) in England took part in the School wasTEwater-based epidemiological suRveillance systeM for the rapid identification of COVID-19 outbreaks (TERM) study… [T]he lead/lag analysis between the weekly positivity rates in schools and community cases shows a maximum correlation between the two-time series when school data are lagged by two weeks.”

Universal healthcare as pandemic preparedness: The lives and costs that could have been saved during the COVID-19 pandemic PNAS. From the Abtract: “The fragmented and inefficient healthcare system in the United States leads to many preventable deaths and unnecessary costs every year. Universal healthcare could have alleviated the mortality caused by a confluence of negative COVID-related factors. Incorporating the demography of the uninsured with age-specific COVID-19 and nonpandemic mortality, we estimated that a single-payer universal healthcare system would have saved 212,000 lives in 2020 alone. We also calculated that US$105.6 billion of medical expenses associated with COVID-19 hospitalization could have been averted by a Medicare for All system.” But on the bright side, think of the culling!

Discussion. The excess risk of serious adverse events found in our study points to the need for formal harm-benefit analyses, particularly those that are stratified according to risk of serious COVID-19 outcomes such as hospitalization or death.

Funding. This study had no funding support.

From June, still germane. The paper, needless to say, generated some controversy. Members of the Brain Trust may wish to comment.

“Clearly, China has become a target of NATO” What China Reads

China calls on Myanmar junta to hold talks with opponents Guardian. Depends on whether “opponents” means the NUG, Aung San Suu Kyi, or both.

Lysychansk Falls, Russia Takes Control of All Lugansk Region as Ukrainian Resistance Collapses (video) Alexander Mercouris. Well worth a listen. Grab a cup of coffee, because it takes an hour. Mercouris also mentions the following two articles, both worth a read–

Avoiding a Russian Quagmire, the Improbable Ukrainian Peace, and the Risk of Direct Russo-NATO War Gordon Hahn, Russian and Eurasian Politics. I don’t know why the only creative thinking about Ukraine is being done by conservatives, while all left-liberals do is add Urkaine flags to their “In This House” signs, but here we are.

How to Lose Big in Ukraine National Review

Germany’s Union Head Warns of Collapse of Entire Industries Bloomberg. Worth it, though! Right?

Once people see what the Democratic Party really is, it can never be unseen. https://t.co/E2G6ZSlIqW

Will Biden defend his own office from this court? Carl Beijer. West Virginia v. the Environmental Protection Agency seen as a return to the Lochner era. “Recall that Lochner vs. New York was a case in which the court decided that it was unconstitutional for legislatures to set basic limits to the workday. Today, we are seeing the exact same economic forces at work.” Worth clicking through the free trial stuff for a read.

Michael Lewis: ‘The thing that really works for Trump is: the system’s rigged’ FT

From what I’ve been told by local Akron officials, the body camera footage of Jayland Walker’s murder, which is set to come out tomorrow, is extremely disturbing.

Then they handcuffed his lifeless body. 1/

Basel Committee publishes second consultation document on the prudential treatment of banks’ cryptoasset exposures Bank of International Settlements. They’re still working on a standard: “Unbacked cryptoassets and stablecoins with ineffective stabilisation mechanisms continue to be subject to a conservative prudential treatment, with a new limit proposed on gross exposures.” One would hope so.

We live in the stupidest timeline:

OK, OK, I plead guilty to classism and regionalism, and stupid can be fun. But stupid is stupid. (Just to be clear: I see this clip as a metaphor for elite behavior in everything, and for America in general.)

“There was blood everywhere”: Former Caterpillar worker speaks out on lack of safety WSWS

This interview with Mick Lynch is the clearest 30 minutes I’ve ever heard from a trade unionist.

This is a union with *2 people* on its comms. Organised workers, with a clear set of demands and sound leadership, always trump the ad agencies & pundits.https://t.co/hSXH8VYnYc

The Futility of Utility Napkin Math. From April, still germane. “Why couldn’t I behave like a rational, utility-maximizing individual?” 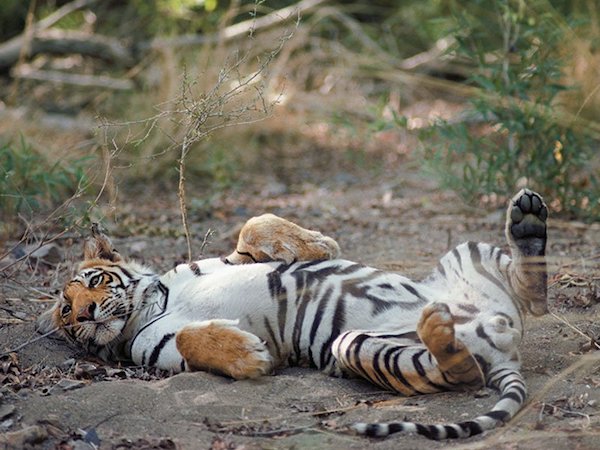