This is Naked Capitalism fundraising week. 632 donors have already invested in our efforts to combat corruption and predatory conduct, particularly in the financial realm. Please join us and participate via our donation page, which shows how to give via check, credit card, debit card, or PayPal. Read about why we’re doing this fundraiser, what we’ve accomplished in the last year,, and our current goal, rewarding our guest bloggers.

It Was War. Then, a Rancher’s Truce With Some Pesky Beavers Paid Off. NYT. For beavers, a keystone species, as “ecological engineers,” see NC here, here, and here.

Ending Free Covid Tests, US Policy Is Now “You Do You” The Nation

A Q&A with WHO’s Maria Van Kerkhove on Covid — and fatigue over the pandemic STAT!

6/6
This isn't bad luck or unfortunate timing. It is a systemic process exactly as Hyman Minsky described. The very conditions of a rising market create the behavior that ultimately undermines stability.https://t.co/WaZMnYsvsS

Not So Fast: Insights From a 1944 War Plan Help Explain Why Invading Taiwan Is a Costly Gamble War on the Rocks

Cambodia and the Curse of Forced Labor Cambodianess

On 9/11 Anniversary, End the Self-Delusion About America’s Enemies Foreign Policy

The “War on Terror” at 20+ Years: A Retrospective Counterpunch. With 9/11, Queen Elizabeth, and Ukraine, it’s all a bit much.

King Charles III in his own words FT

EXCLUSIVE: Royal beekeeper has informed the Queen’s bees that the Queen has died and King Charles is their new boss in bizarre tradition dating back centuries Daily Mail. And about the corgis:

their watch is done pic.twitter.com/OtuMO187ol

Queen Elizabeth II Dies at 96 After a Series of Health Issues HealthLine. Including Covid. Commentary:

Has anyone seen any reference to what the Queen died from? None of the stories I've seen/heard/read have referred to a cause of death or even said: "No cause of death was revealed." It's kind of unusual.

Russia Reportedly Withdraws From Izyum, Deploys Troops to Ukraine in Response to Kharkov Offensive (video) Alexander Mercouris, YouTube. Kudos to Mercouris for his Izyum call in his previous video, linked to yesterday.

Larry Fires A Salvo. Andrei Martyanov, Reminiscence of the Future, endorsing Larry Johnson here. The flower of Ukraine’s army exposed on the steppes, no longer behind fortifications….

Success on the battlefield whilst the pressure mounts on Ukraine’s home front. Adam Tooze, Chartbook. Economic time is moving faster than military time.

Ukraine’s southern offensive ‘was designed to trick Russia’ Guardian. According to “Ukraine’s special forces.” If so, the special forces fed a lot of pig farmers and other poor schlubs into the meatgrinder at Kherson as part of their sleight of hand. Slava Ukraini.

Last reactor at Ukraine’s Zaporizhzhia nuclear plant stopped AP. I wish they could find out who’s shelling the plant. ‘Tis a mystery!

Some Thoughts on Ukraine John Ganz vs. Brief response to John Ganz on Ukraine Carl Beijer. I would have thought that the establishment of a US/NATO-backed fascist state in Europe, on Russia’s western border no less, would be a cause for alarm on the left, even in the United States. (Readers will know I don’t use the word “fascist” lightly; see here.) Ah well, nevertheless….

The White House has a plan for Big Tech Cory Doctorow, Pluralistic

Scientists discover how air pollution causes lung cancer FT. “An estimated 300,000 lung cancer deaths per year worldwide are caused by very fine pollutant particles with a diameter below 2.5 microns, known as PM2.5, which are emitted in vehicle exhaust and fossil fuel combustion.” So on masking, come for the Covid, stay for the cancer!

Monkeypox cases are going down in USA and EU. Test positivity rates declining. No signs of spread in schools or day care centers. https://t.co/dPdDnigRXK pic.twitter.com/kgMsYQR2LQ

Column: How the decline of local news exposes the public to lies and corruption Michael Hiltzik, Los Angeles Times. Google doesn’t help either. If a local paper breaks a story and the Guardian does a rewrite, Google will throw the link to the Guardian.

Eric Feigl-Ding, the Epidemiologist Who Moves Fast and Breaks Things Office for Science and Society, McGill

Will Bunch’s “After The Ivory Tower Falls” John’s Newletter

Our Ancestors Thought We’d Build an Economic Paradise. Instead We Got 2022 Brad DeLong, Time. Interesting!

Join the UTMB Bioethics and Health Humanities community for a talk by Dr. Justin Feldman (@jfeldman_epi) on 9/22 at noon CDT on "How to Hide a Plague: How Elite Capture and Individualism Made Covid Normal."

This will be an all-virtual event.

How a railroad strike could send food prices soaring The Hill (Re Silc).

Why addressing inequality must be central to pandemic preparedness (editorial) BMJ.

The Everlasting Wonder of Being: How a Cold Cosmos Kindles the Glow of Consciousness The Marginalian 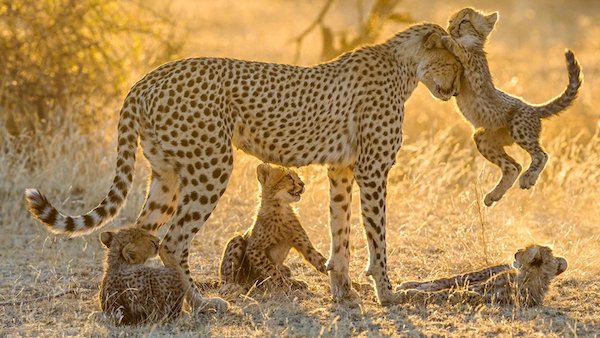